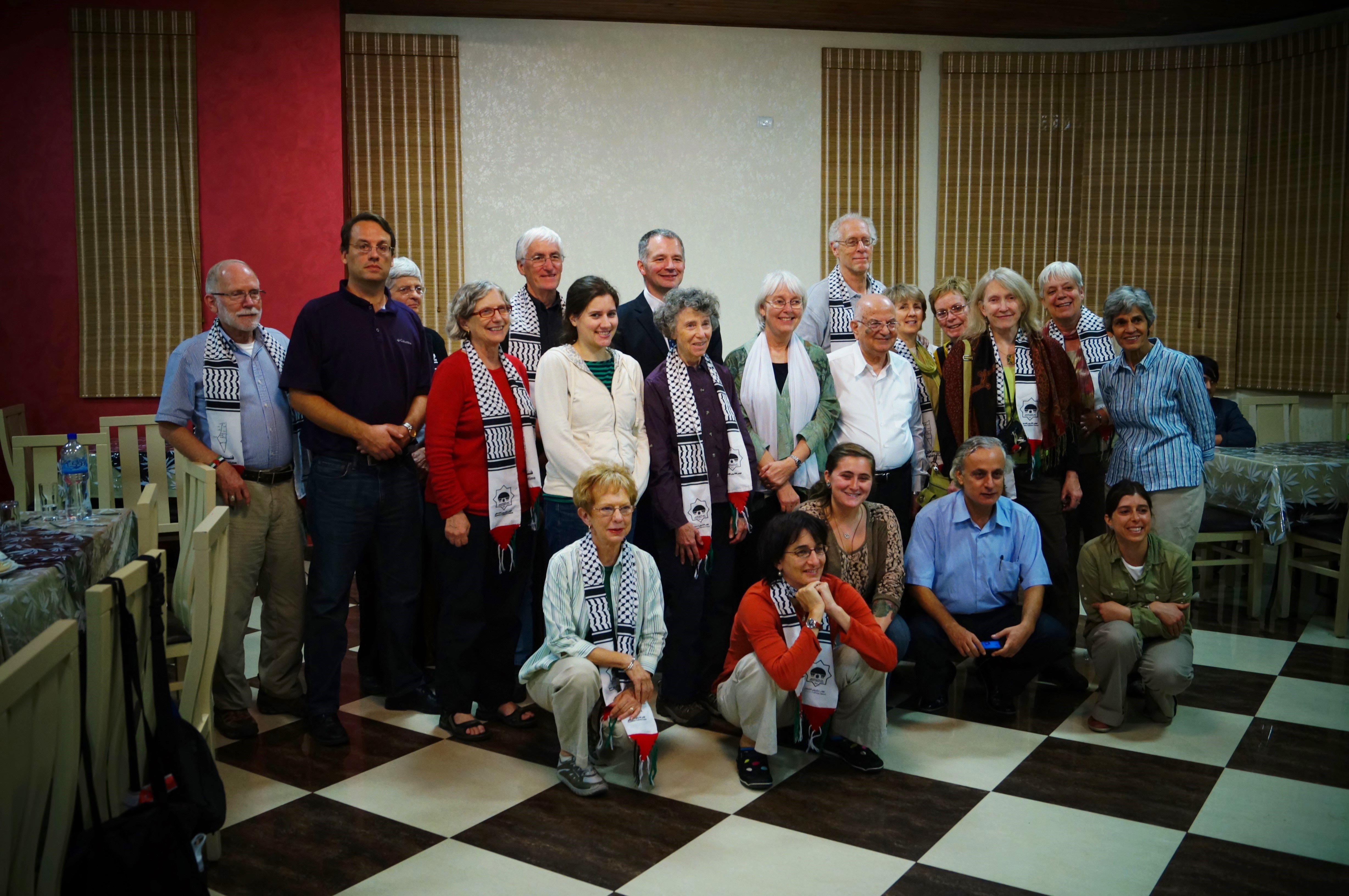 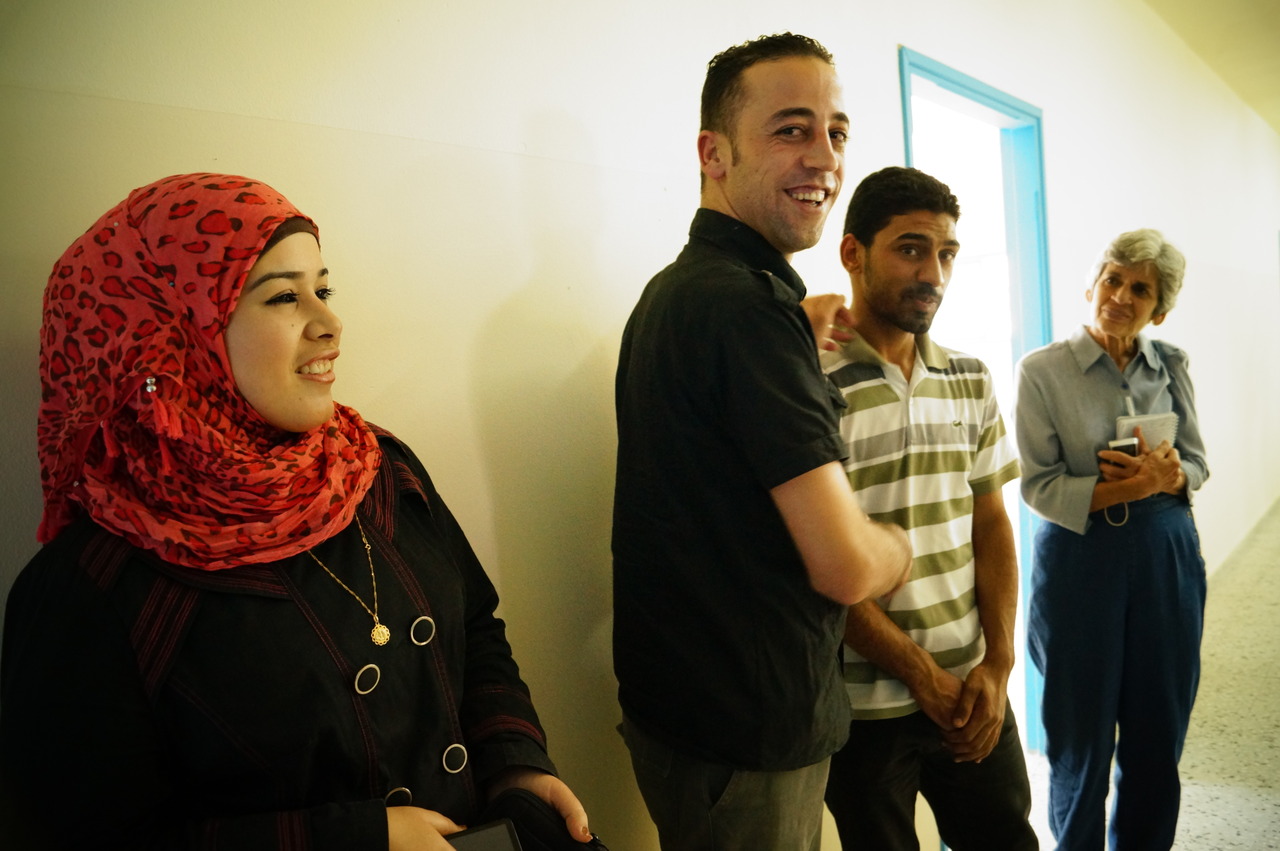 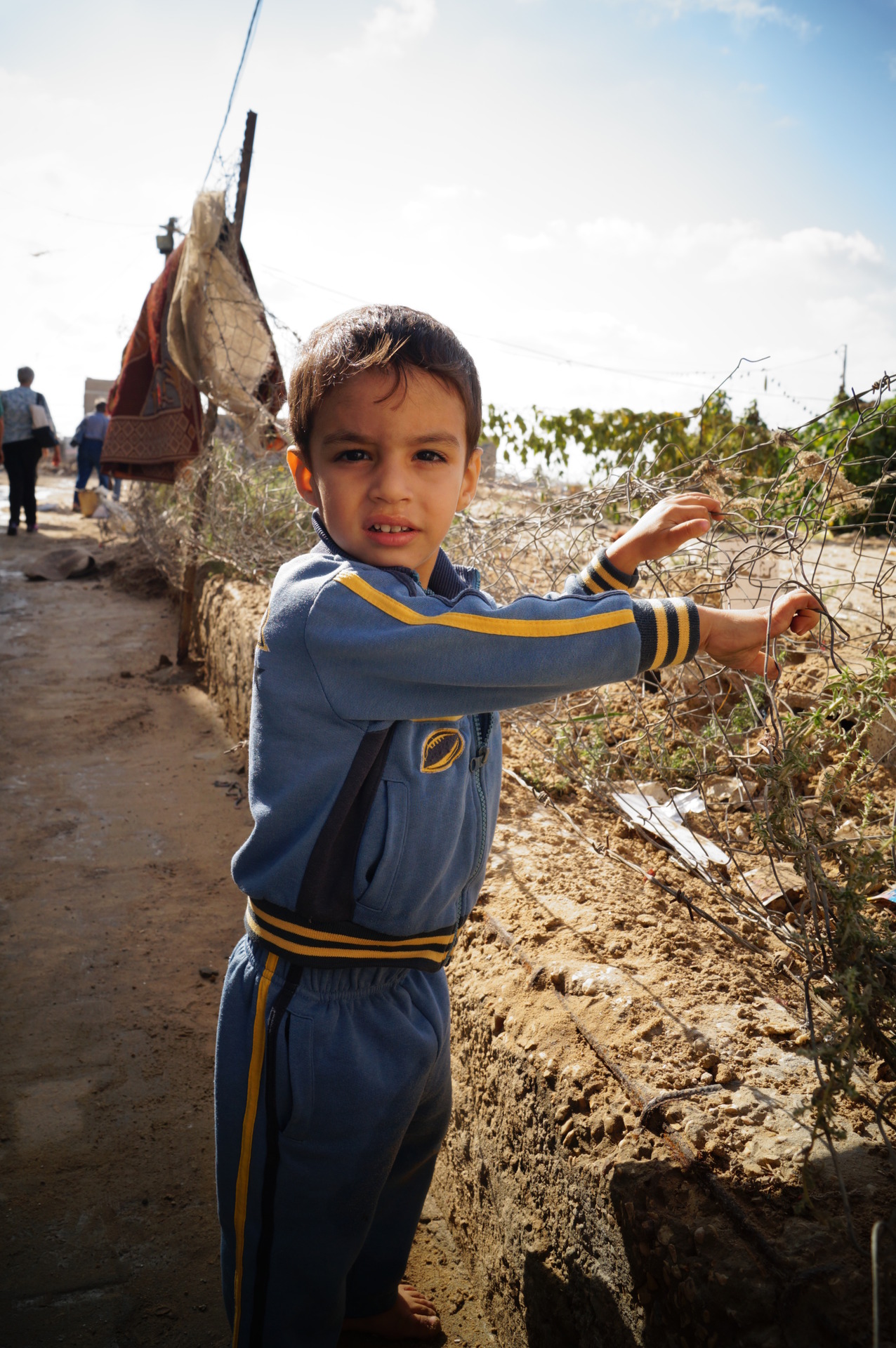 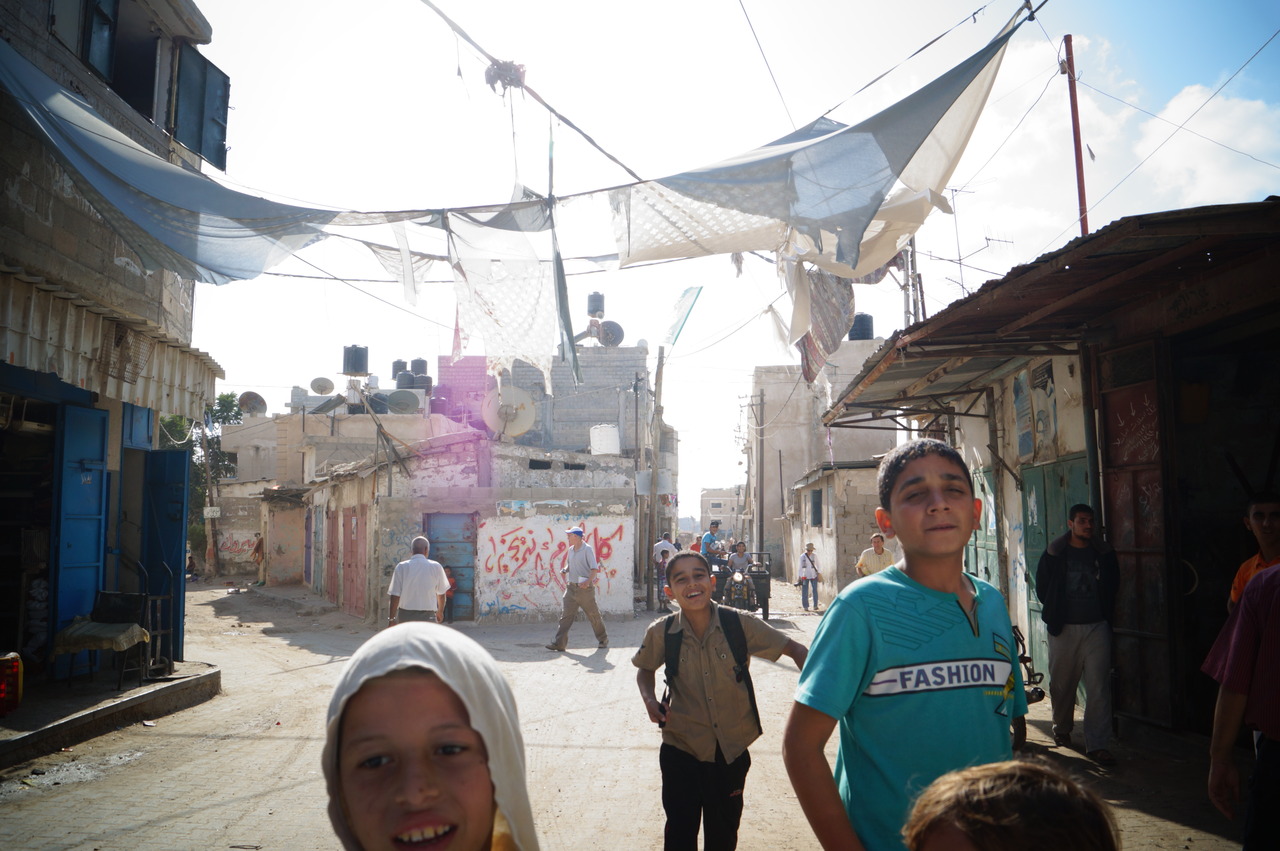 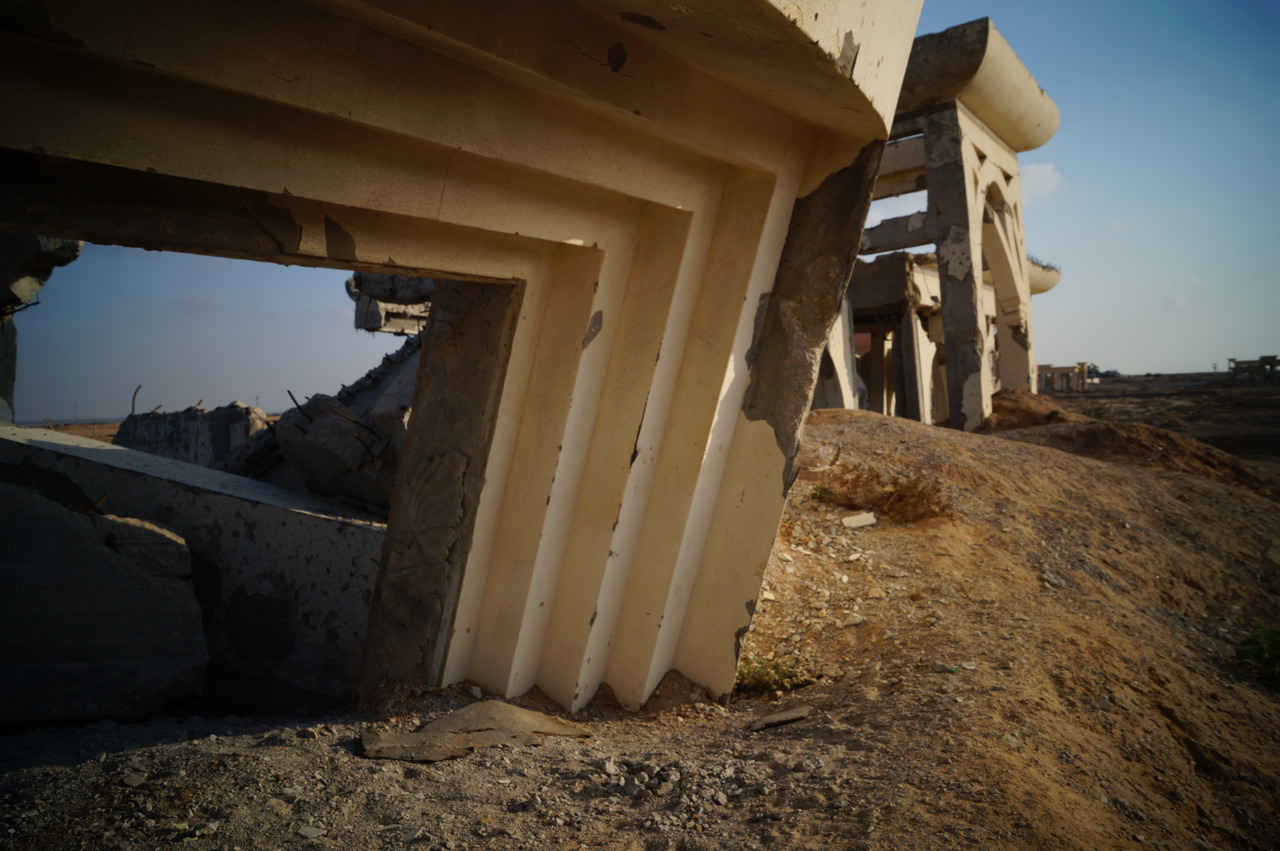 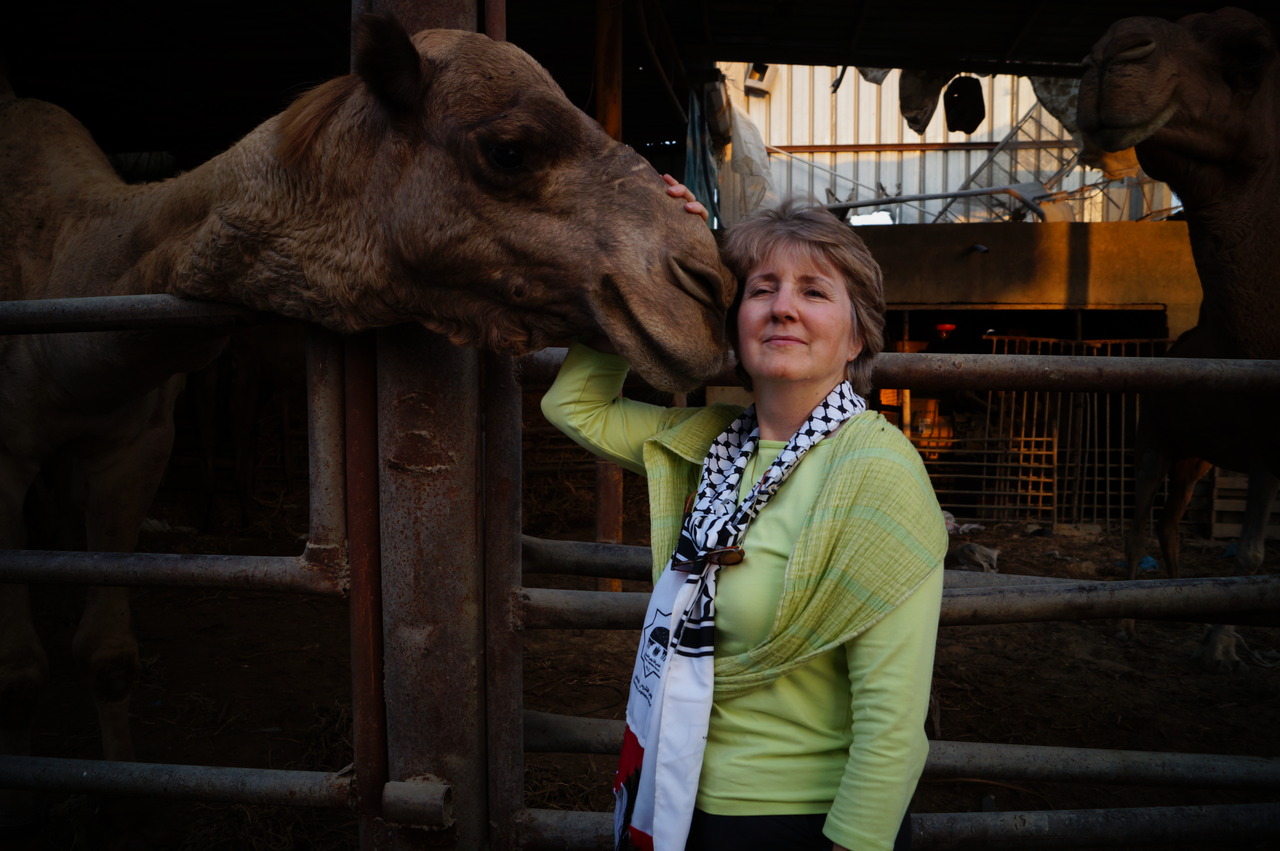 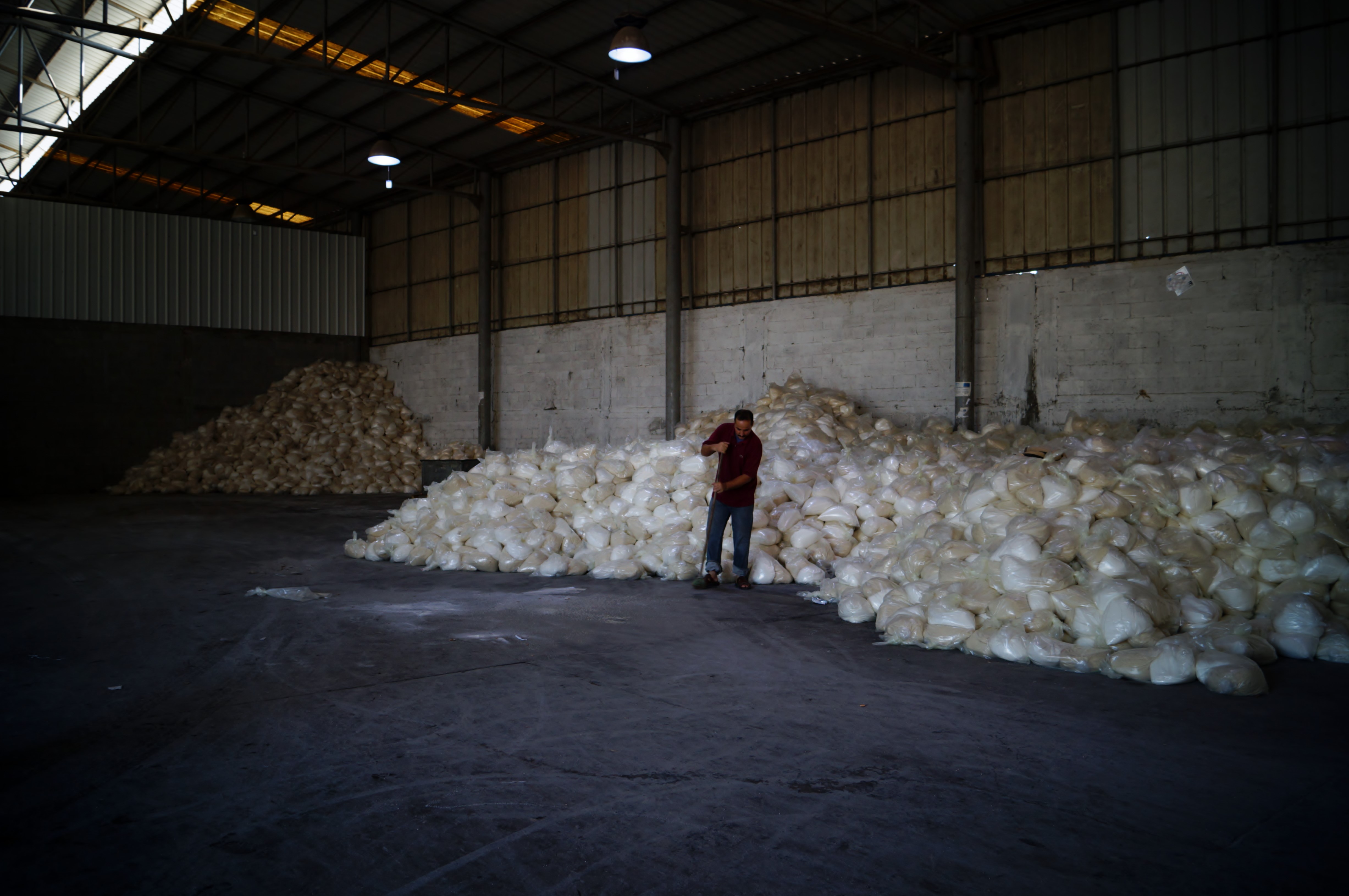 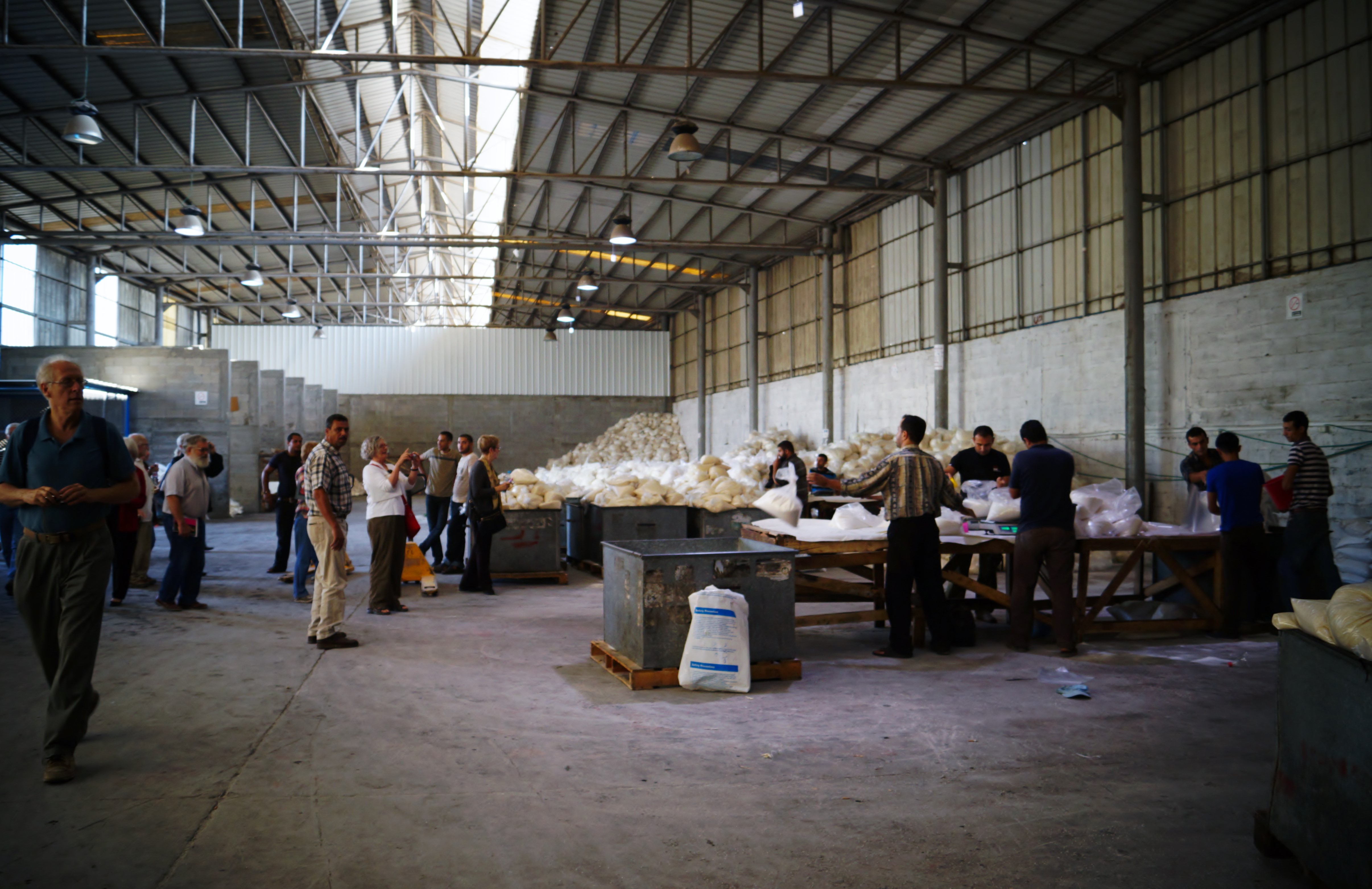 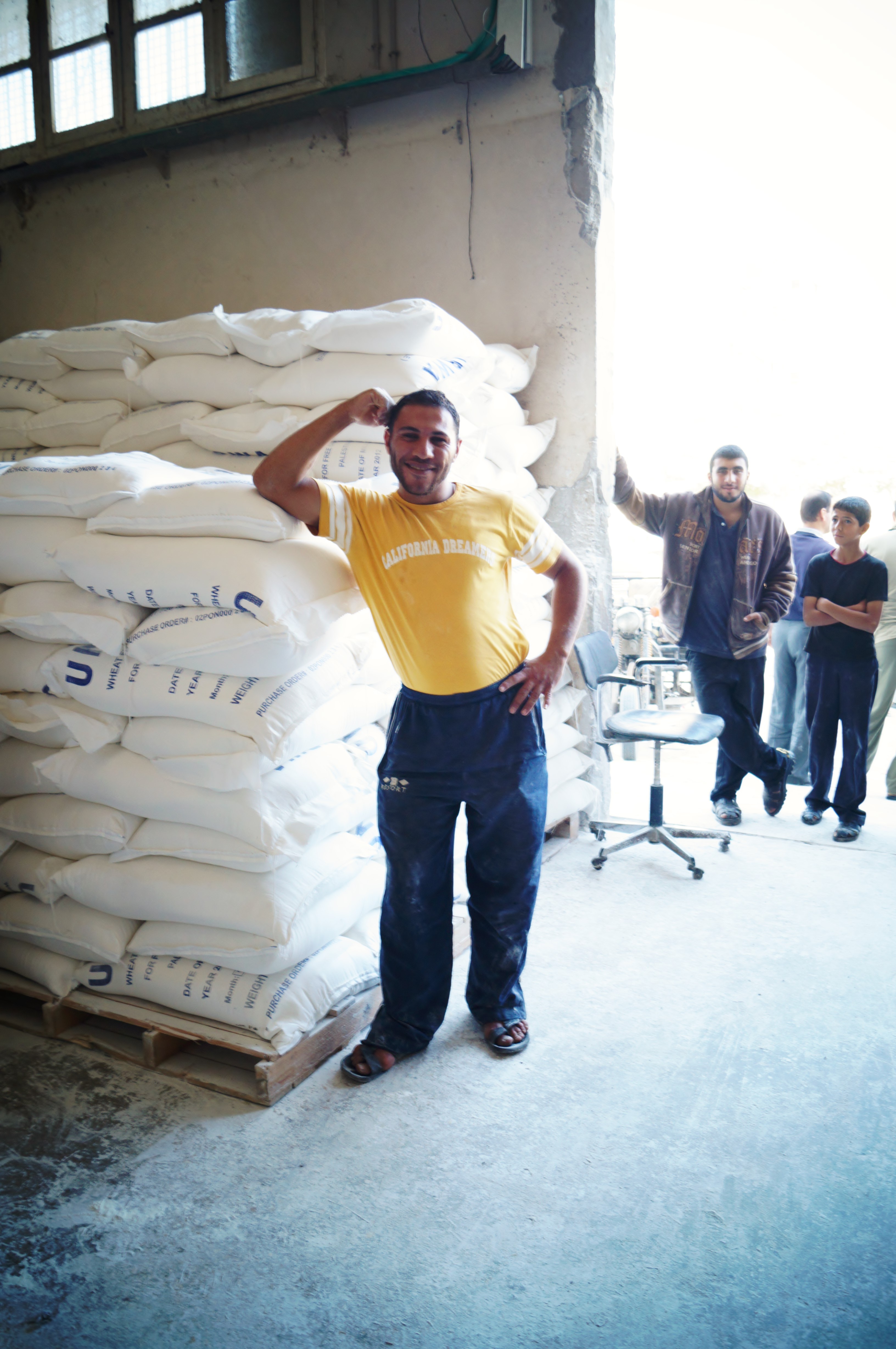 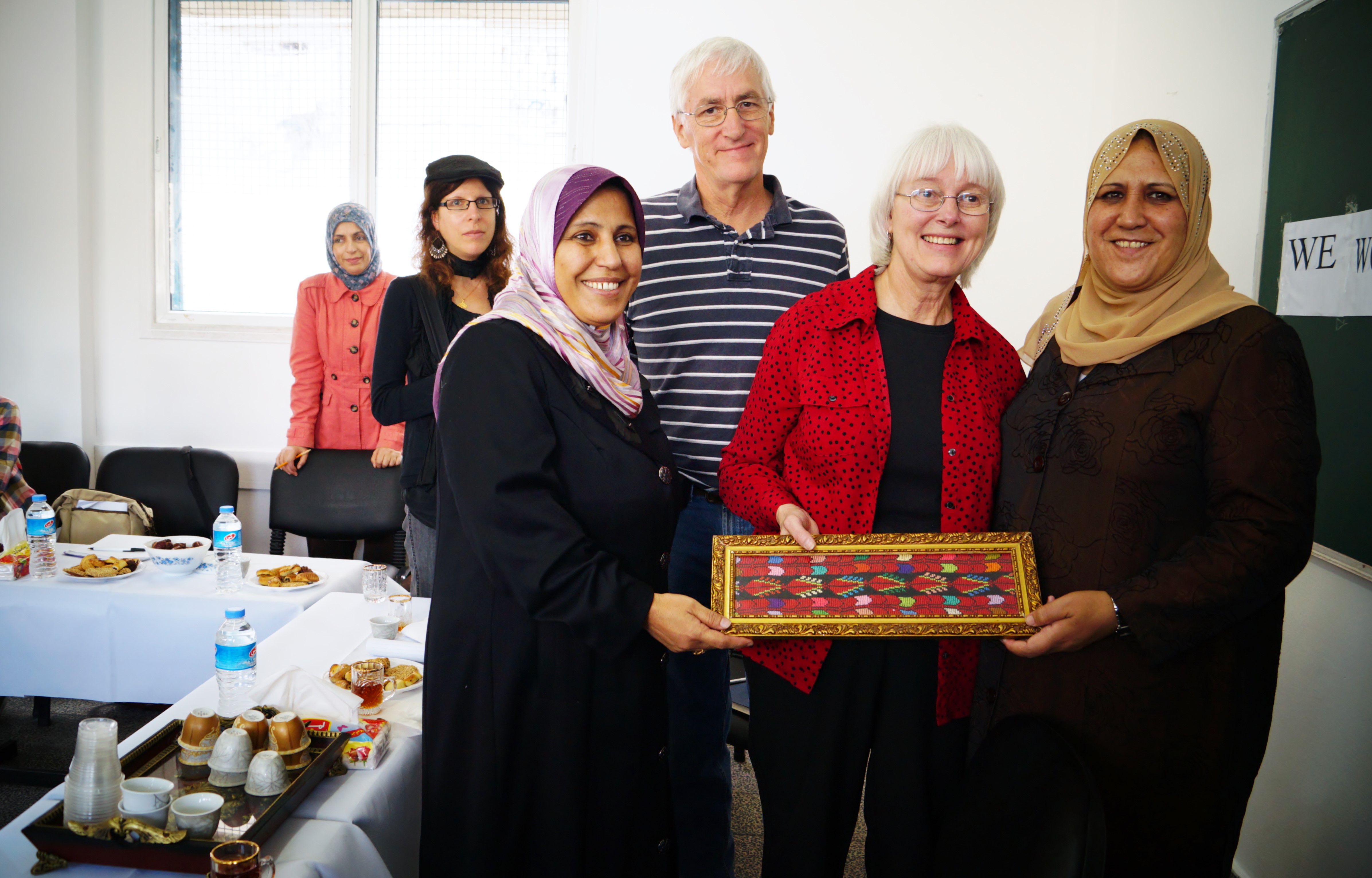 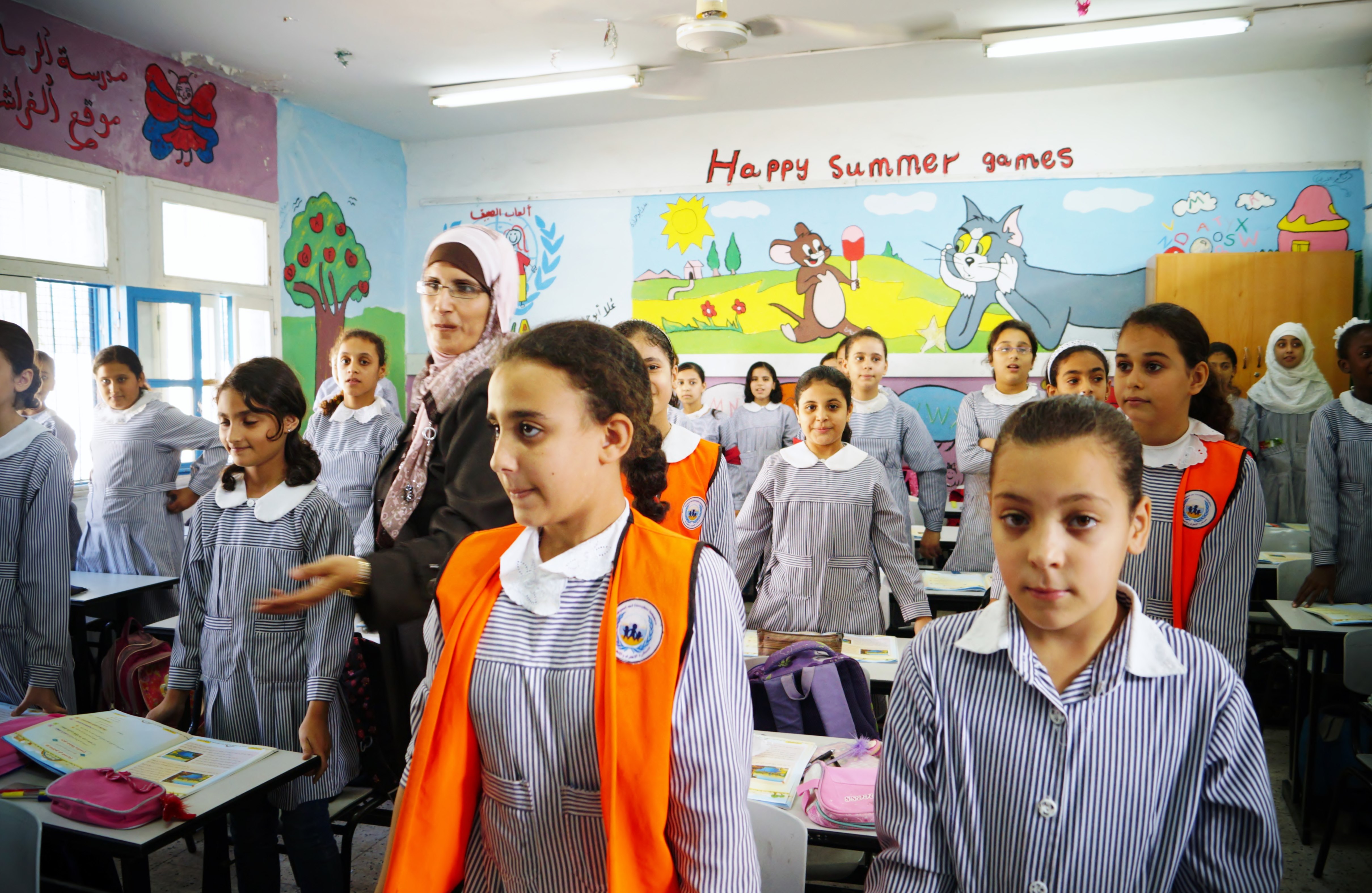 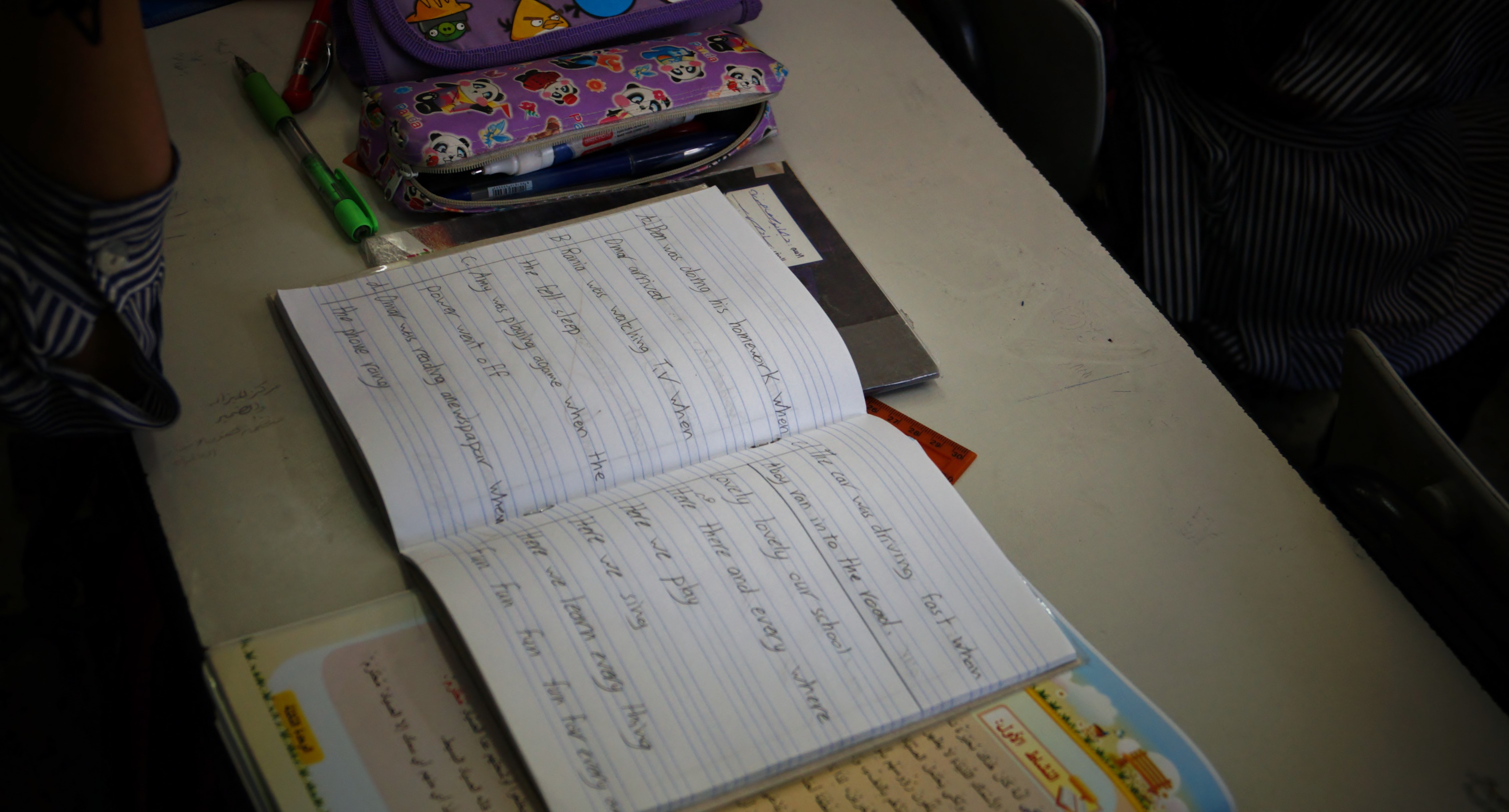 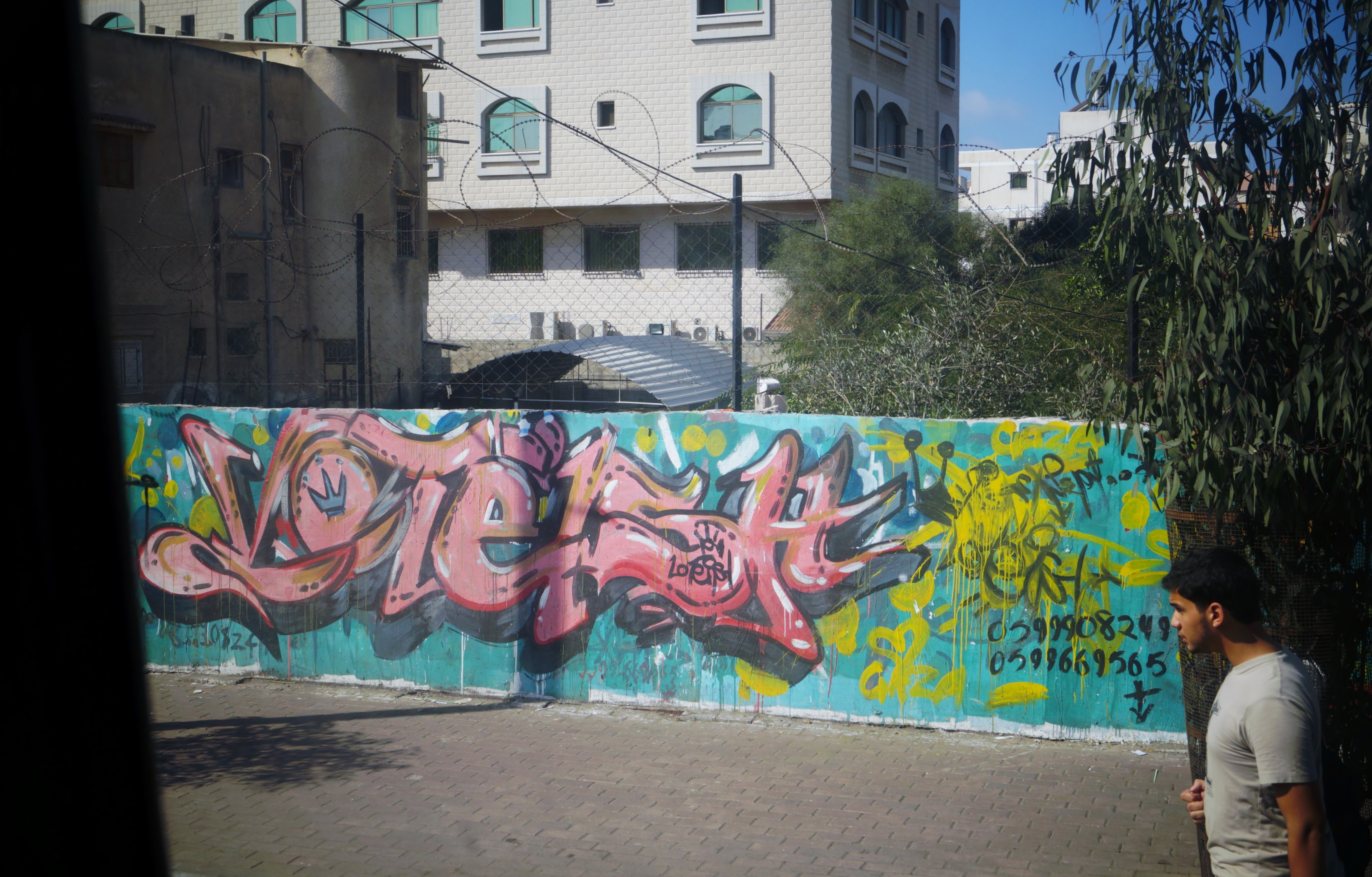 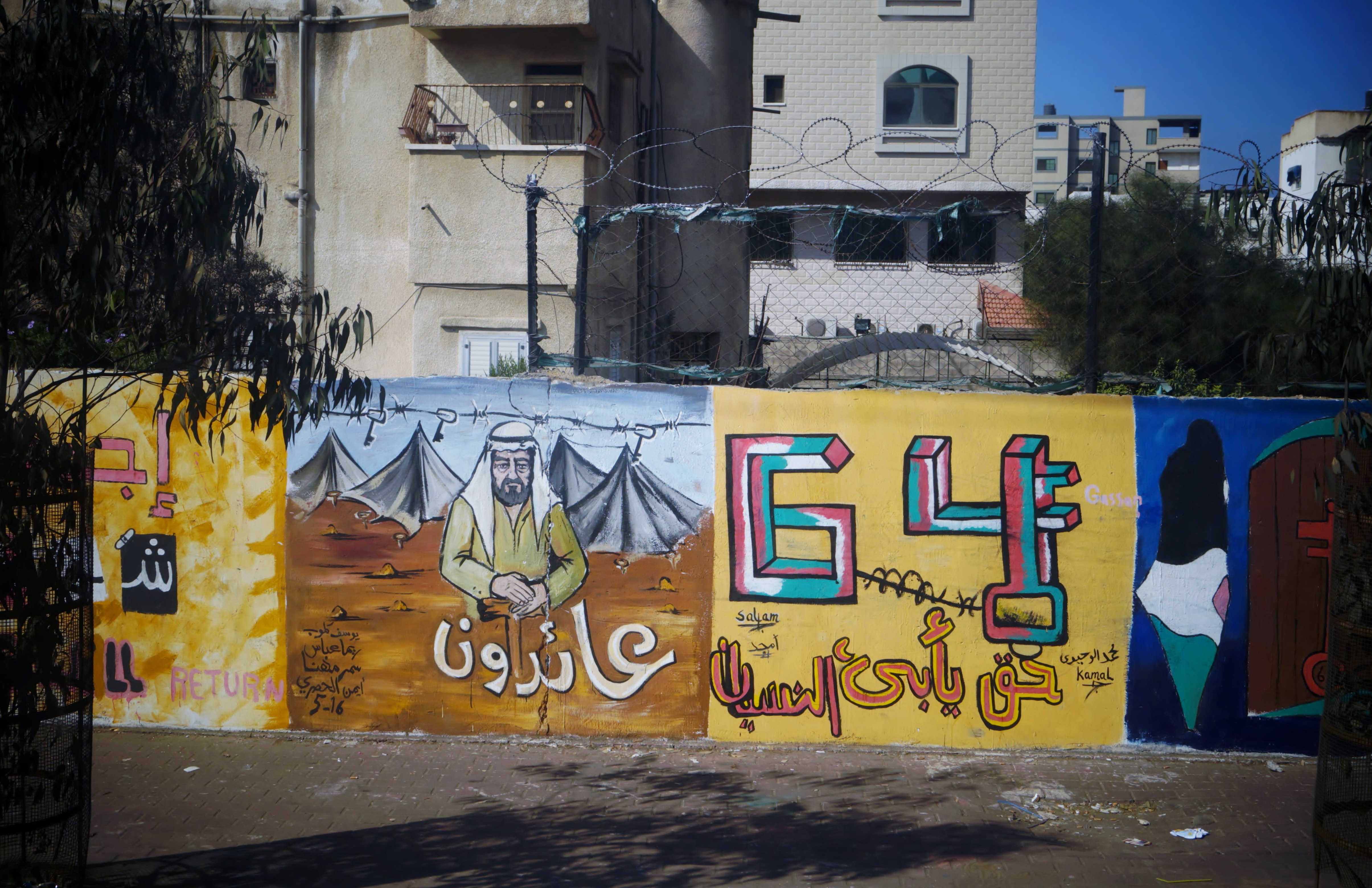 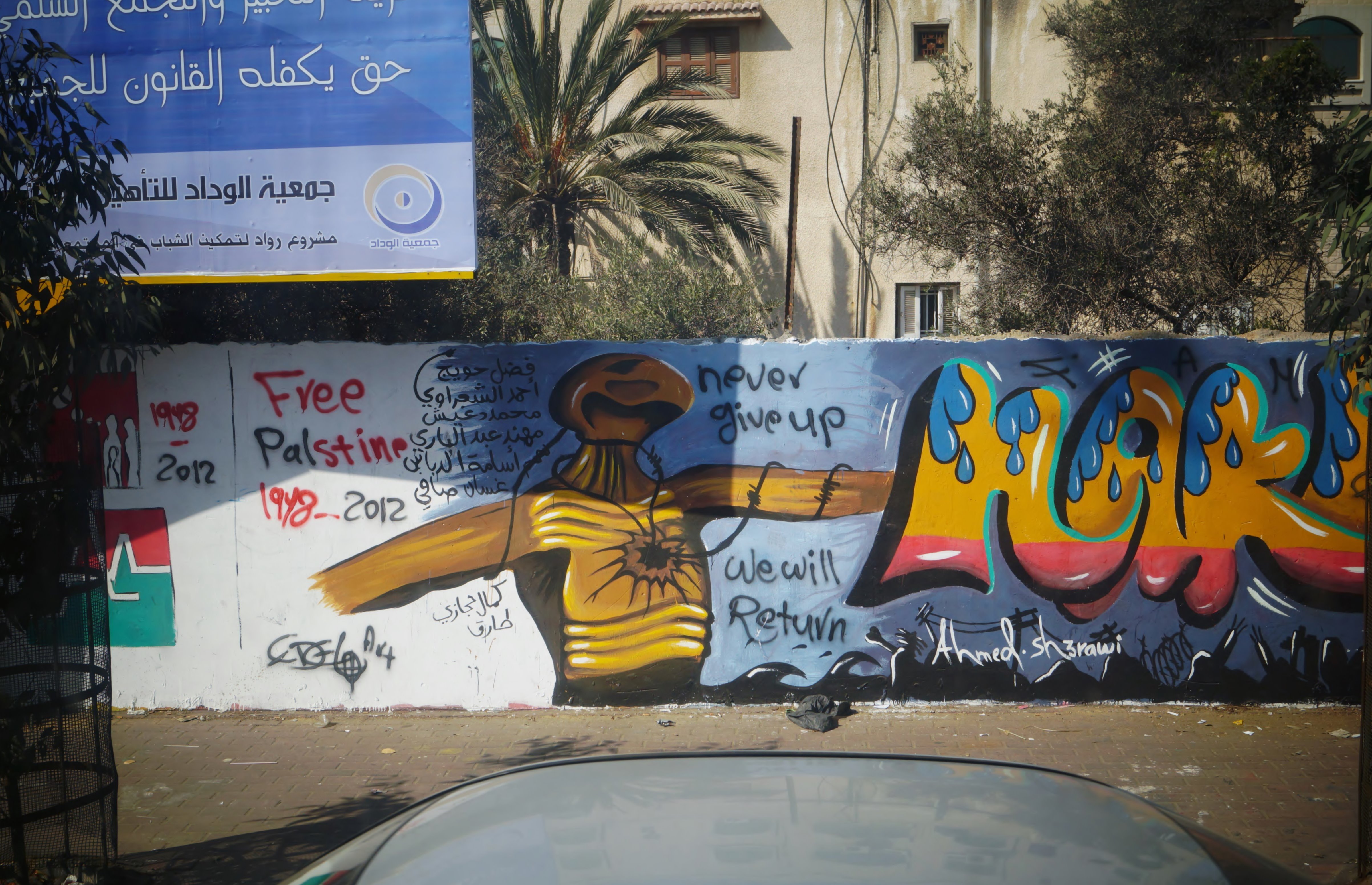 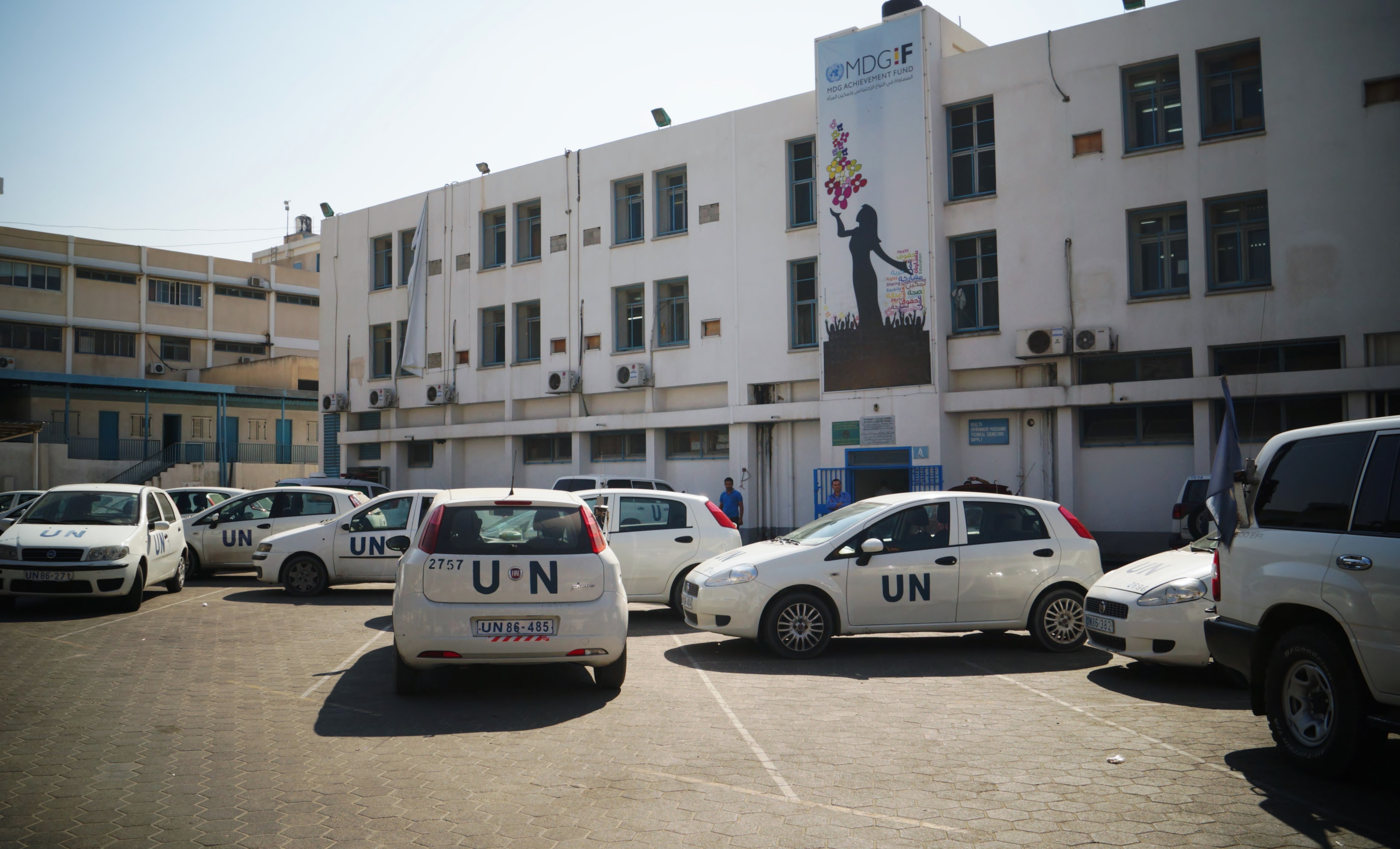 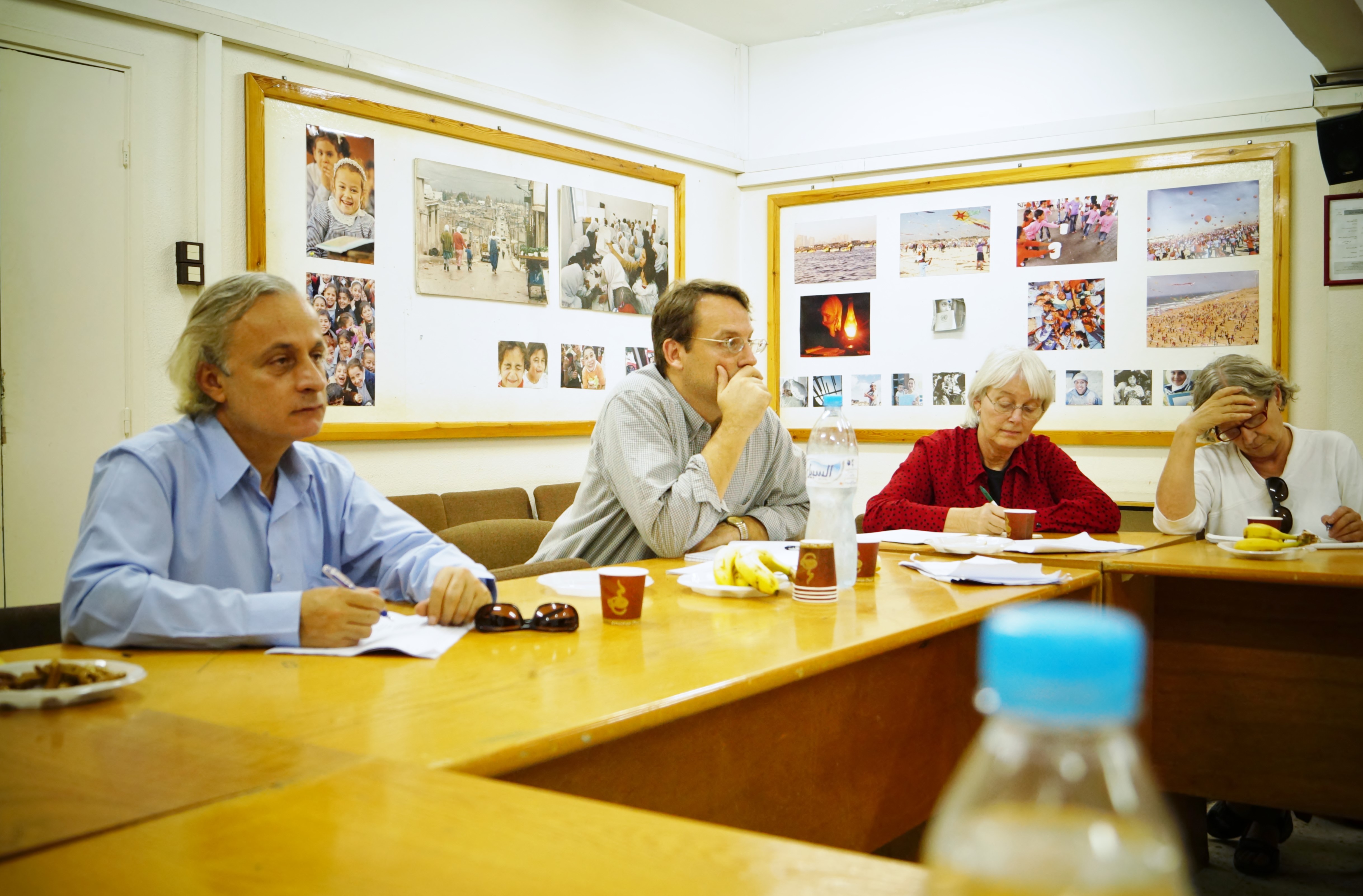 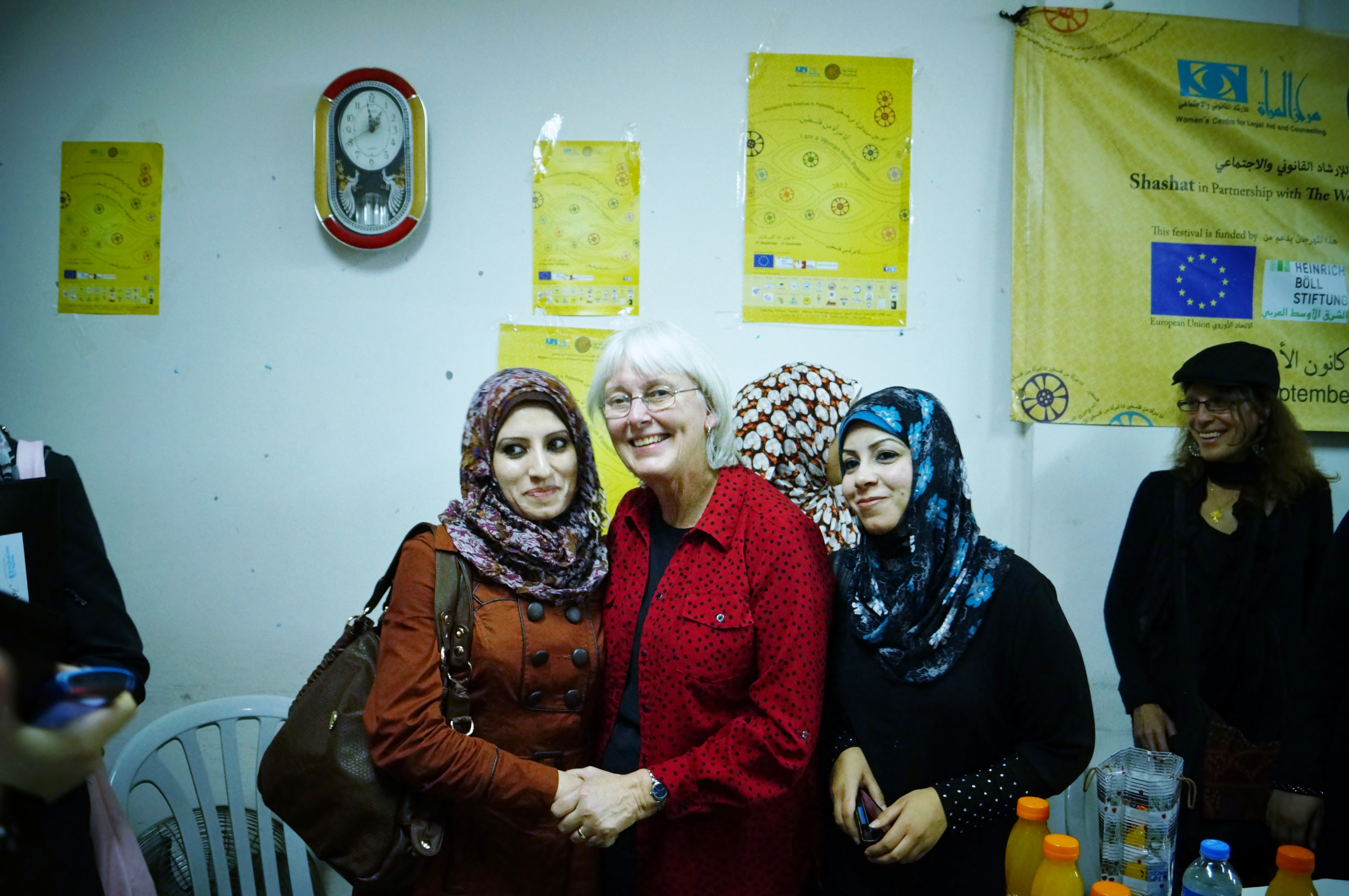 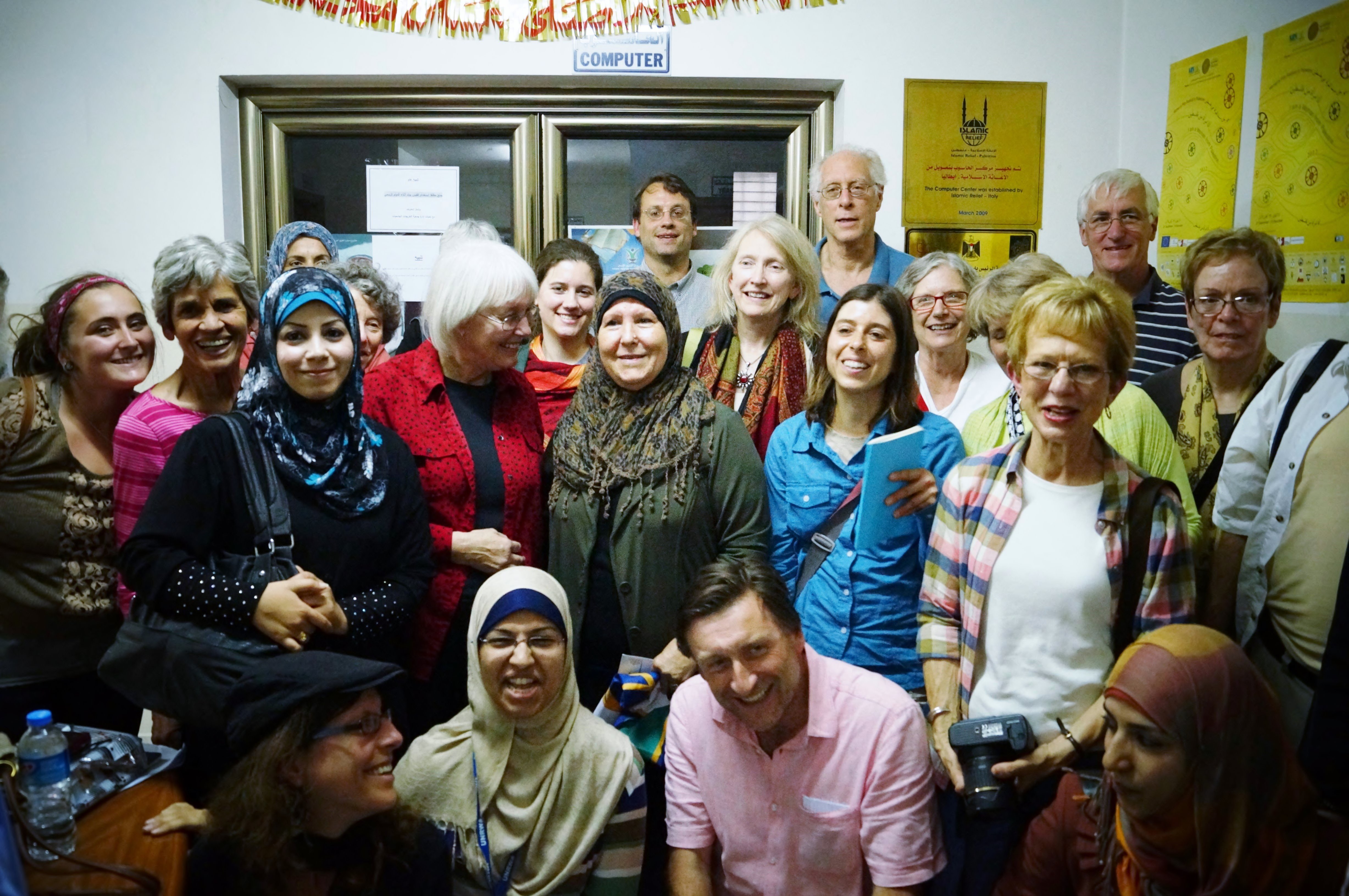 Gaza Delegation 2012
Group with the Society of Women Graduates NGO 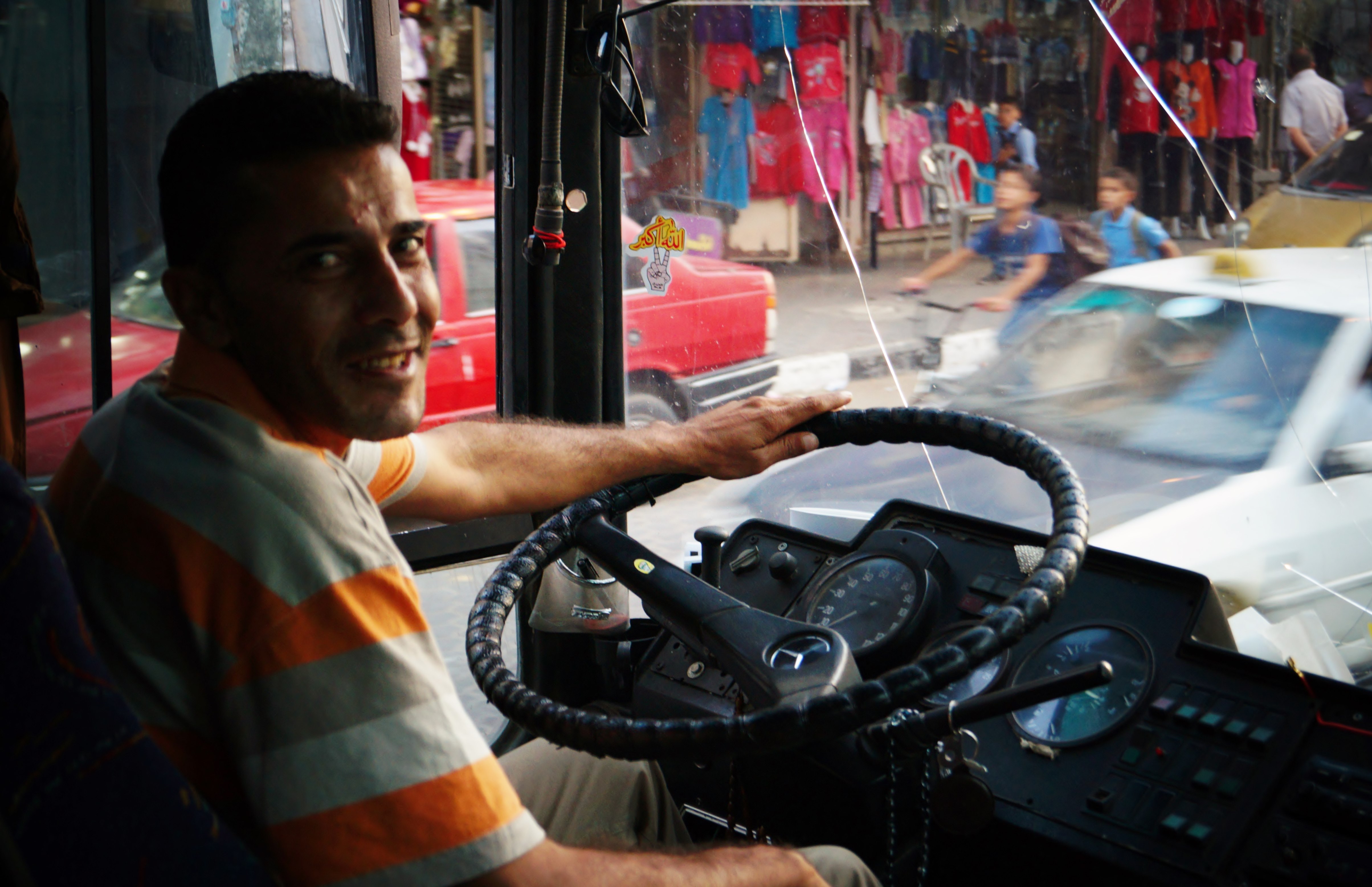 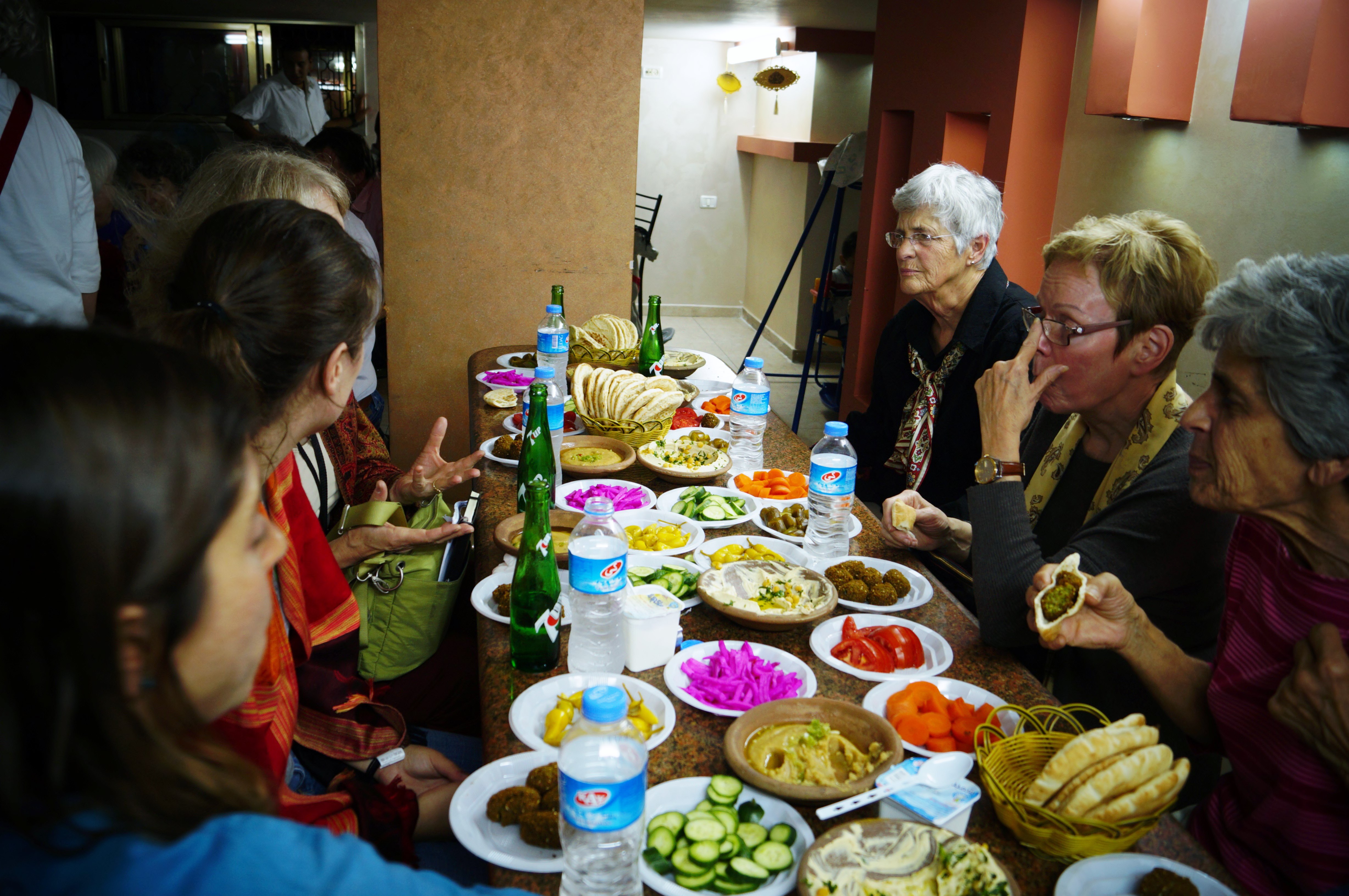 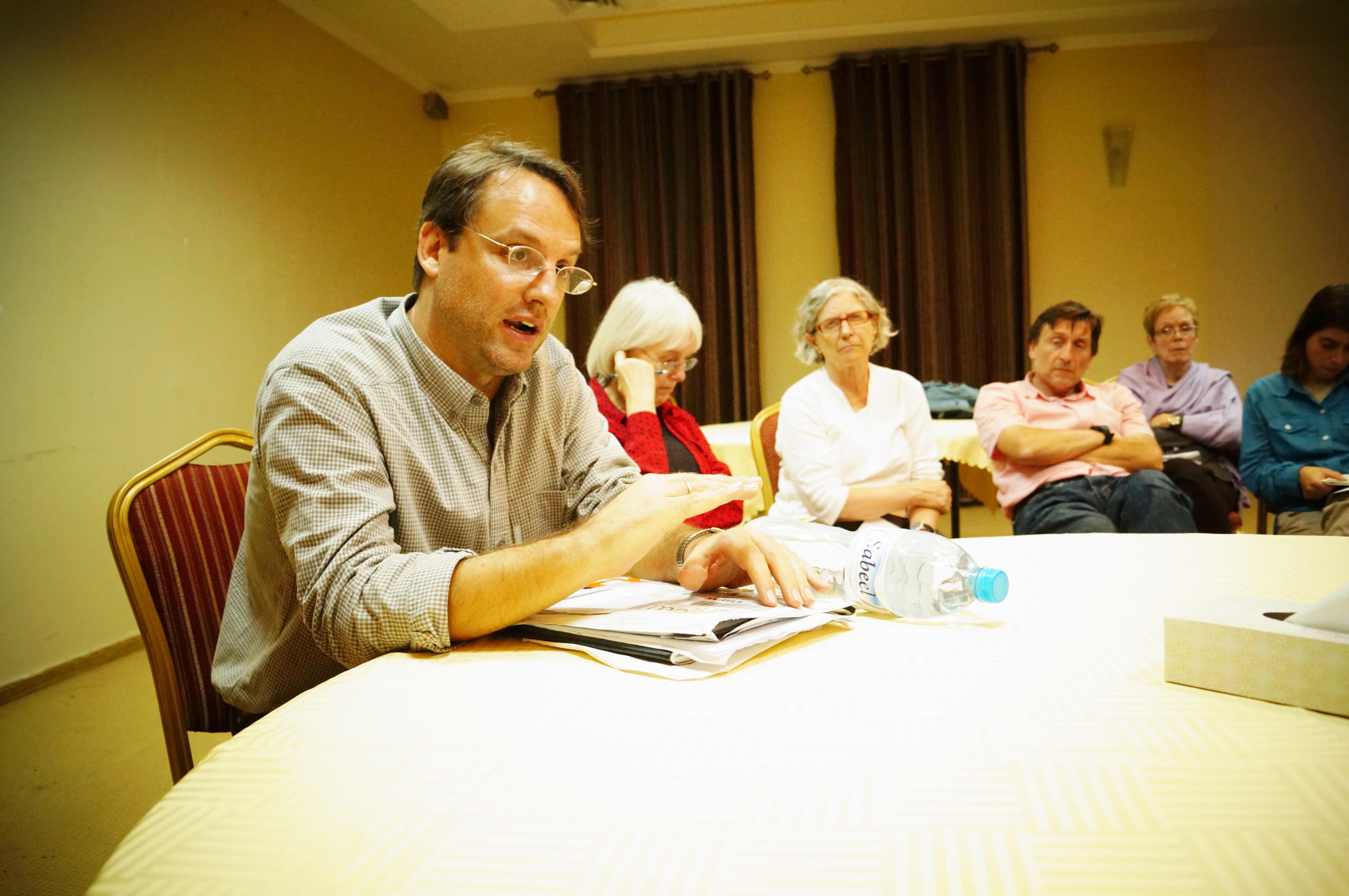 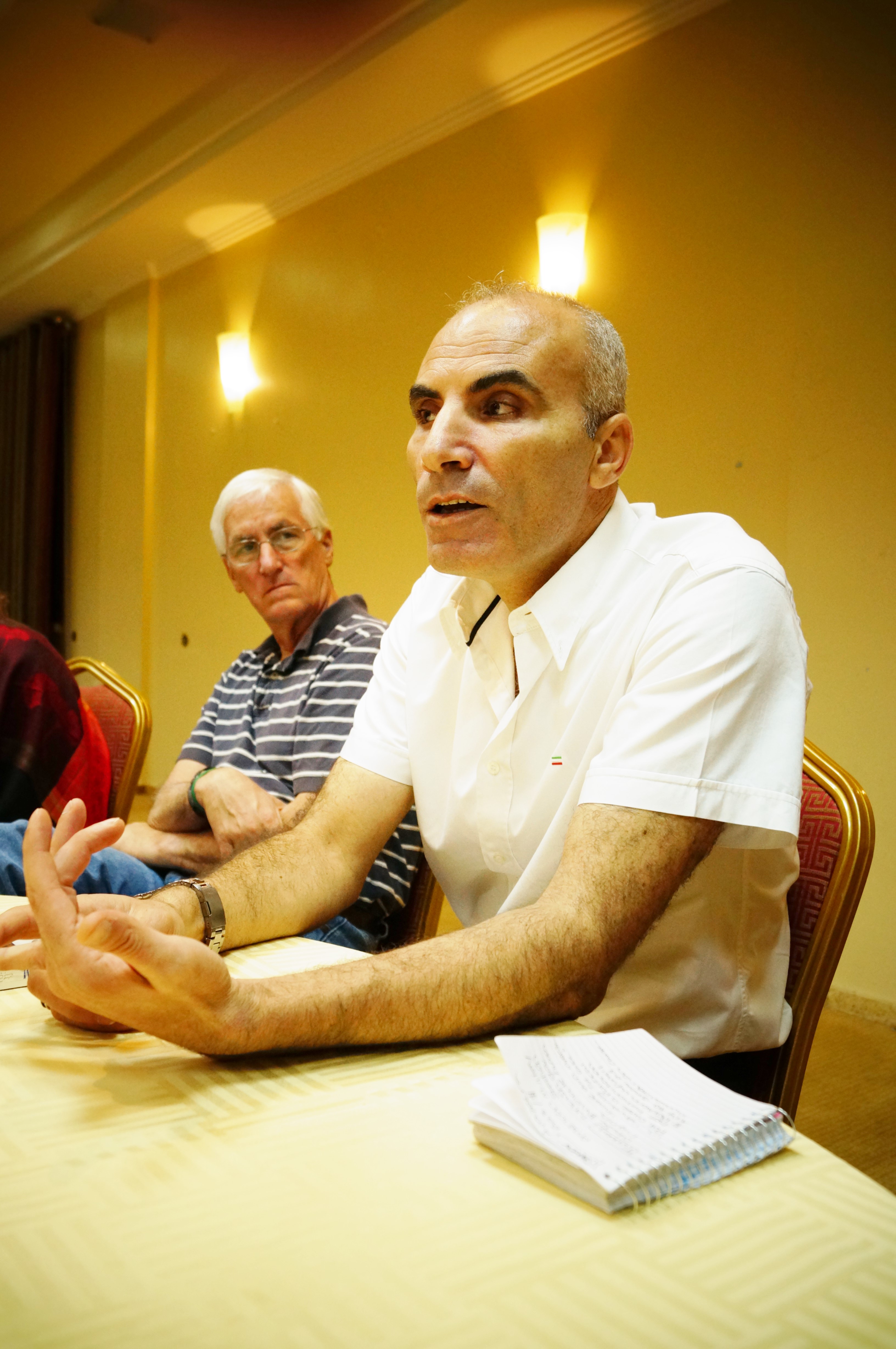 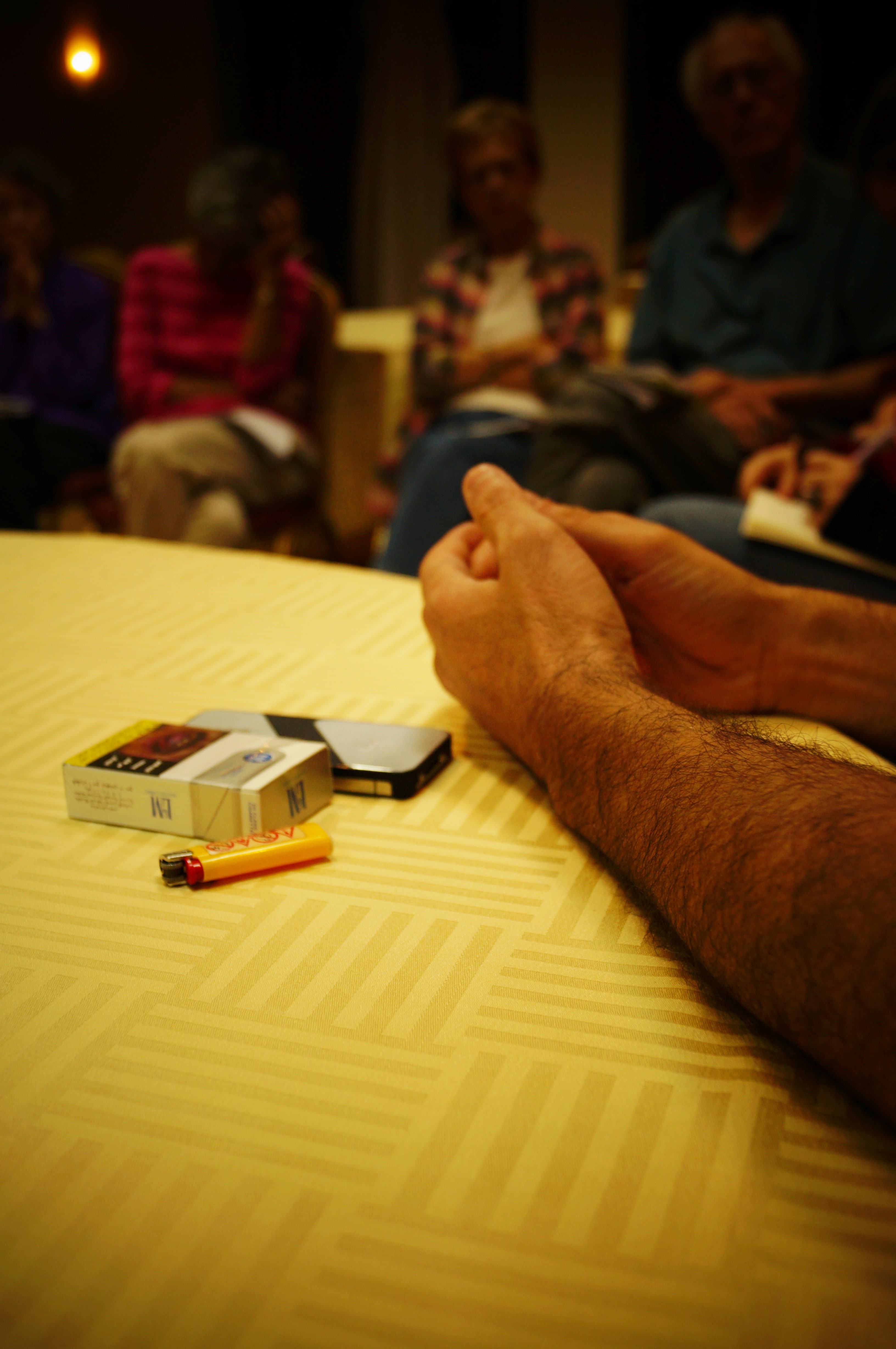 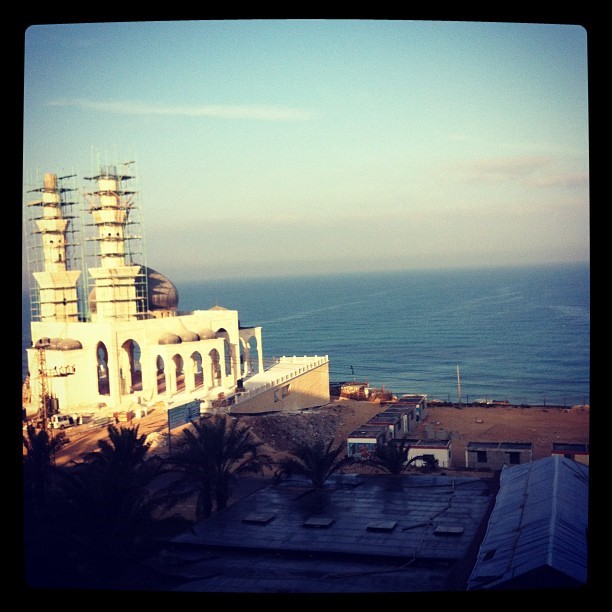 “Like other Interfaith Peace-Builder delegations, its purpose is to educate North Americans about the region and deepen their understanding of its conflicts.

This delegation focuses on the realities of Palestinian life in the Gaza Strip. Participants have the unique opportunity to hear directly from Palestinians throughout the territory regarding their hopes for peace and the role of the United States, the US government, and other international actors in promoting a resolution to the conflict.

The Interfaith Peace-Builders delegation to the Gaza Strip is led by Michael Brown and Cindy Corrie.

Michael Brown worked off and on in the Gaza Strip between 1993 and 2000 for the Gaza Community Mental Health Programme and the Palestinian Centre for Human Rights. A former IFPB board member, Michael continues to work today on the media and Palestine. Michael led an IFPB delegation in 2008.

Cindy Corrie is the mother of human rights activist and observer Rachel Corrie who on March 16, 2003 was killed by an Israeli military Caterpillar bulldozer in the Gaza Strip. Motivated by her daughter’s work and sacrifice, Cindy Corrie has dedicated herself to the pursuit of justice and peace in the Middle East and has visited Israel, the West Bank, and Gaza on numerous occasions. She is also president of the board of the Rachel Corrie Foundation for Peace and Justice, inspired by her daughter.”

The delegation visited the Palestinian Legislative Council, a United Nations Relief and Works Agency (UNRWA) school and food warehouse, the Atfaluna Society for Deaf Children, the Gaza Community Mental Health Program, and the Society of Women Graduates NGO. They also met with Khalil Abu Shammala, human rights advocate and Director of the Al Dameer Association for Human Rights. On November 14, 2012, the day that the delegation left, Israel attacked Gaza with the eight-day Operation Pillar of Defense.