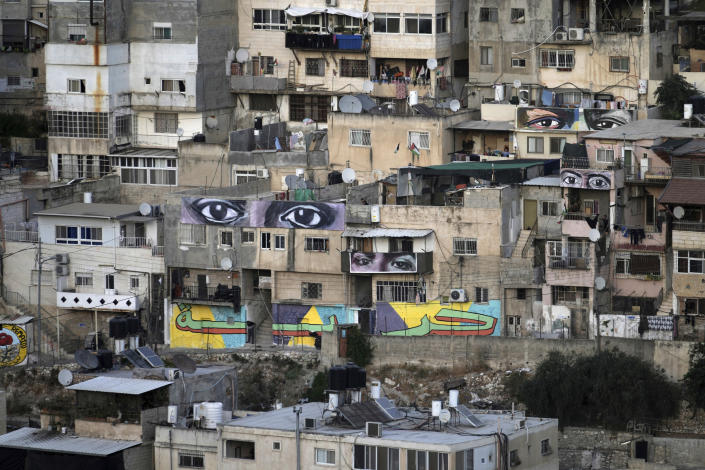 Murals that are part of the public art project ‘I Witness Silwan’ depicting the eyes of local and international figures, including George Floyd, a Black American killed by police, top right, Aug. 26, 2022. (AP Photo/ Mahmoud Illean)

JERUSALEM — A group of artists has filled a Palestinian area of east Jerusalem with paintings of large, wide-open eyes. The murals are a reminder that all eyes are on the neighborhood of Silwan, a flashpoint where Palestinians say Israeli forces and settlers are working to drive them out of their homes. 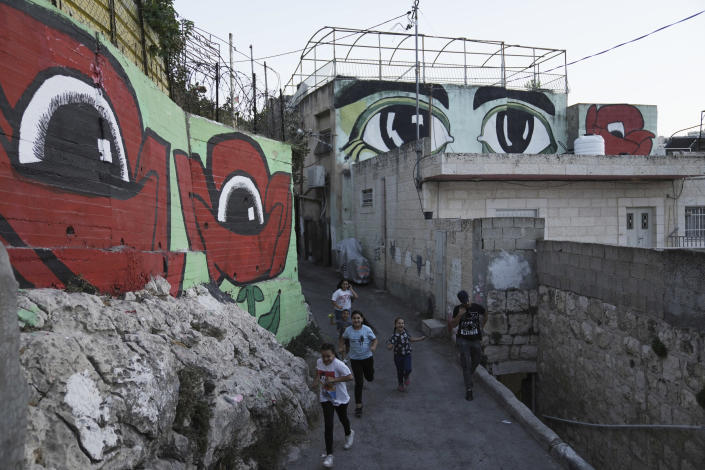 The eye murals are so giant that they make you feel they are watching you wherever you walk in the neighborhood. Many are painted on the walls of decaying Palestinian homes alongside national symbols.

“The staring eyes say to people that we see them and they should see us too," says Jawad Siyam, director of Madaa-Silwan Creative Center.

“We want to say that we are here — we love our land and our home.”

Since 2015, the center has worked with U.S. artists to create the murals and maintain them. In total, they have made about 2,000 feet of graffiti and paintings. 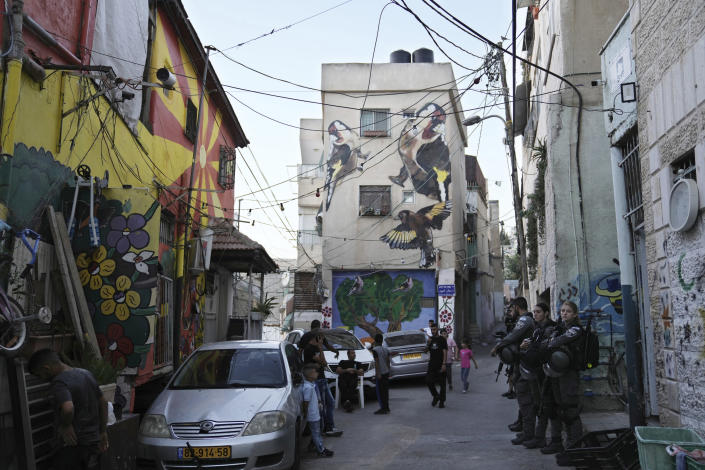 The “I Witness Silwan” art project depicts the eyes of Palestinian and international leaders and influencers. It also features symbols such as the goldfinch and poppy, which Palestinians call their national flower.

Organizers say the art project aims at drawing attention to the displacements the Palestinians face in this neighborhood near the Old City of Jerusalem. 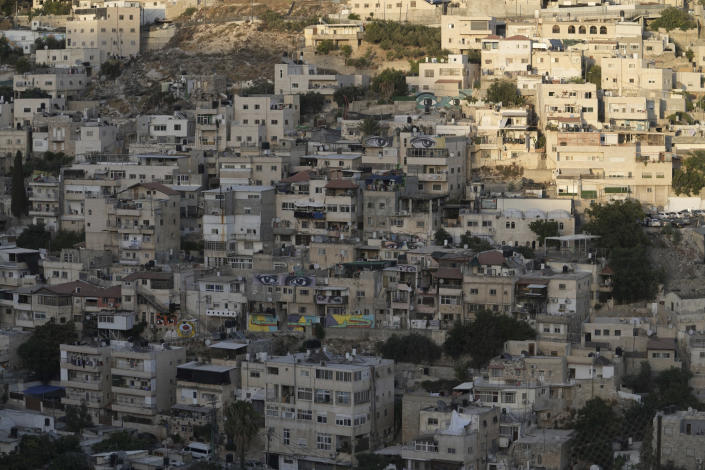 Israel occupied Jerusalem in the 1967 Mideast war and annexed the holy city as its indivisible capital. The Palestinians claim the eastern part as the capital of their future state. Peace talks between the two sides ground to a halt years ago.

The Silwan project says it aims to counter Israeli settler groups that work to boost the Jewish presence in predominantly Arab or Palestinian areas of the contested holy city. 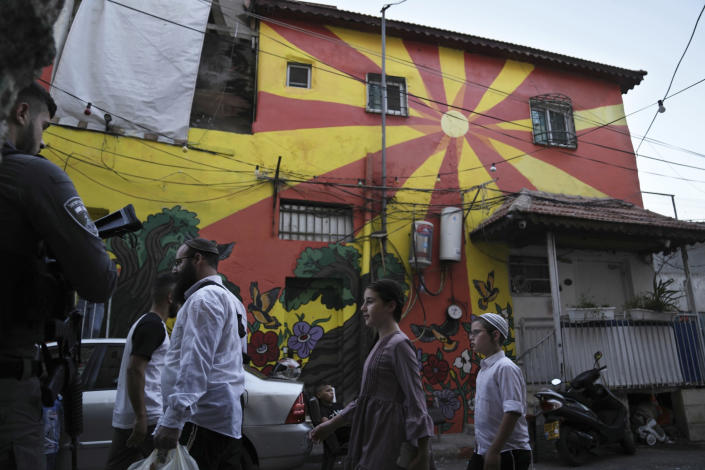 Palestinian residents of east Jerusalem face Israeli arrests, home raids, demolitions, and the threat of evictions. Israeli rights group B’Tselem says Israel is “enjoying far-reaching powers with no accountability for their actions" in running the lives of Palestinians in the area. 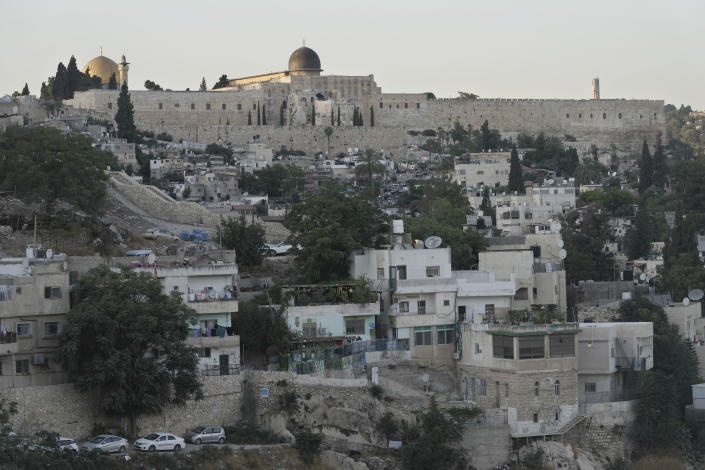