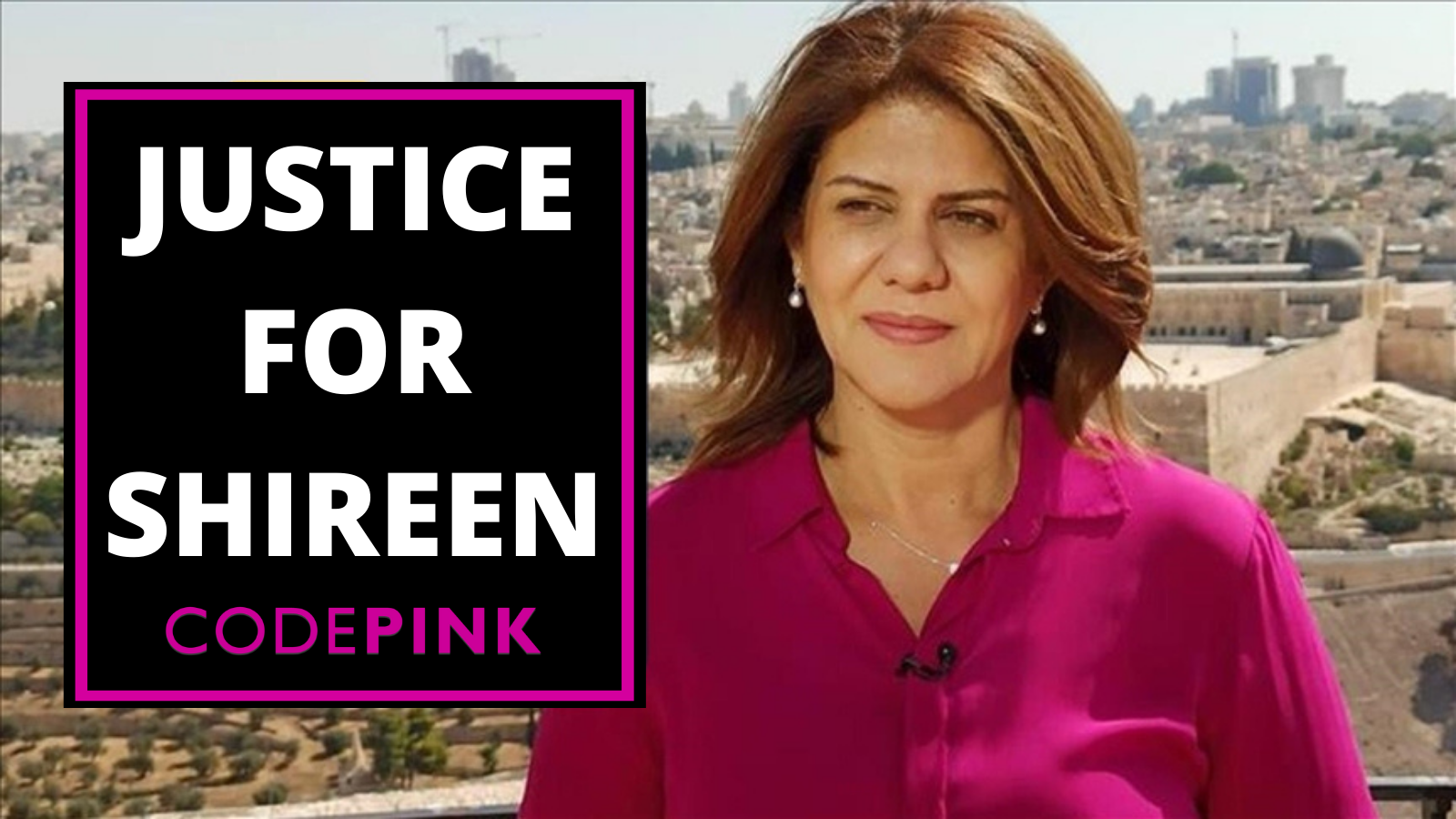 On Wednesday, May 11, 2022, Israeli soldiers shot and killed 51-year-old Palestinian-American Al Jazeera journalist Shireen Shireen Abu Akleh. U.S. Ambassador to Israel Tom Nides and State Department spokesperson Ned Price called for a thorough and immediate investigation and for those responsible to be held accountable. But, the U.S., including the Biden administration, doesn’t have a record of holding Israel accountable.

U.S. military aid to Israel should be immediately suspended and Israel must not be allowed to investigate itself.

We the undersigned are horrified, saddened, and outraged at the killing of Palestinian-American veteran journalist  Shireen Abu Akleh by the Israeli military. We call for a thorough investigation — not by Israel — and the immediate suspension of U.S. military aid to Israel.

Shireen Abu Akleh was covering an Israeli military raid in the Jenin refugee camp when she was shot in the face and killed. She was wearing a blue protective vest and helmet, both clearly marking her as press.

In a video showing the immediate aftermath of Shireen being shot, a man can be heard yelling, “injured! Shireen, Shireen, oh man, Shireen! Ambulance!” Al Jazeera journalist Shatha Hanaysha, also wearing a helmet and vest marked as press, can be seen crouching down trying to reach Shireen but being forced back by Israeli gunfire. The soldiers “did not stop firing even after she collapsed,” Hanaysha said. “I couldn’t even extend my arm to pull her because of the shots. The army was adamant on shooting to kill.”

Following Shireen’s death at their hands, the Israeli military said on Twitter that they were investigating the possibility that Shireen had been killed “by Palestinian armed gunfire.” However, documentation by Israel’s largest human rights organization B’tselem, shows that this was not the case. Israeli military spokesperson Kochav Ran on Army radio accused Shireen and her colleagues of being “ armed with cameras” and Israel’s Foreign Ministry offered to conduct a joint investigation with the Palestinian Authority into Shireen’s “sad death.”

We know all too well from previous times the Israeli military has “investigated themselves” that such actions are a farce. We call for the immediate suspension of U.S. military aid to Israel and a thorough and impartial investigation of Shireen’s murder.

Please see that justice is obtained for Shireen Abu Akleh.