We just won a defamation case against a major Israeli newspaper!
We made Israel Hayom retract its lies!

This is a rare success of holding Israeli tabloids accountable for their publications of lies about Palestinians.

The newspaper had published obvious lies against Palestinian Human Rights Defender Issa Amro after his play “How To Make A Revolution” opened in Tel Aviv. The play was centered around his trial in military court and was directed by Israeli playwright Einat Weizman in coordination with Issa himself.

Israel Hayom (“Israel Today” in English) is a right-wing Israeli tabloid owned by the family of Sheldon Adelson and is a publication friendly of ex-Prime Minister Benjamin Netanyahu. In 2016, it formally endorsed the presidential campaign of Donald Trump. It has a circulation of around 250,000 readers.

The civil lawsuit forced the newspaper to retract their claims and issue a formal correction, seen below in Hebrew. The newspaper had published lies that Issa was charged or convicted of security offenses, had spent time in prison and that his cousin was the murderer of an Israeli baby. All of this is false and Israel Hayom withdrew these lies after losing the lawsuit and issued a correction that Issa is recognized as a Hebron activist committed to nonviolence and opposed to the occupation.

Justice is usually absent for Palestinians in the Israeli legal system, especially in the separate military court system.

Israel Hayom’s lies were the same lies about Issa that have often been perpetrated by the Israeli settlers in Hebron who terrorize the local Palestinian population on a daily basis in the city. These lies show that the newspaper had gotten used to publishing slander promoted by settler populations about Palestinians without any consequences, promoting these narratives without any actual journalistic standards or investigation.

Few Palestinians have the ability to mobilize a lawsuit, leaving no consequences for lies.

How many more direct lies have gone unnoticed? 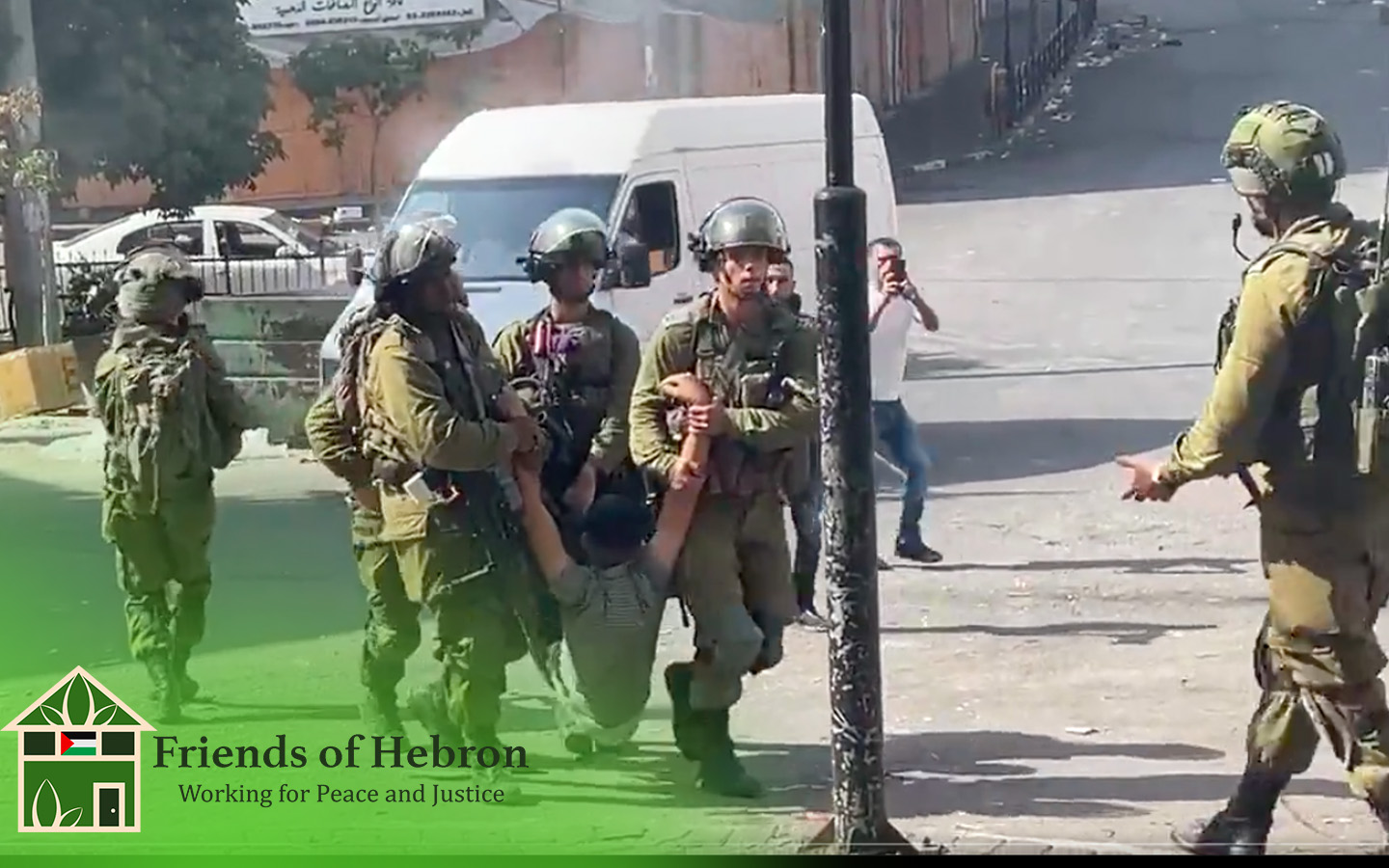 Meanwhile the violations in Hebron continue. On August 9th, Israeli soldiers shot two 16-year-old Palestinian boys, wounding one and killing the other.

The soldiers dragged away the boy who survived after they shot him and left him to cry and scream behind the checkpoint without any medical care for more than half and hour.

Friends of Hebron has a U.S.-registered IRS 501(c)3 charity status. Donations are tax-deductible.

Friends of Hebron
Working for Peace and Justice

During these tense times, please consider supporting our work on the ground in Hebron by donating. Friends of Hebron is a U.S.-registered IRS 501(c)3 charity. Donations are tax-deductible.