This is easy and important. We just released a 90-second video showcasing the #StolenHomes campaign, which is working around the world to get Airbnb to stop hawking rentals in illegal settlements.

Airbnb has shown that we’re going to need to really work for this change. And our assessment is our next step is to ramp up the public conversation on their settlement profitteering.

So we made a 90-second video that we can all use to make sure this story gets out.

Over 150,000 people around the world have joined with a coalition of human rights and corporate responsibility groups including SumOfUs, CODEPINK Women for Peace, American Muslims for Palestine, the US Palestinian Community Network, the US Campaign to End the Israeli Occupation, and Jewish Voice for Peace to demand that Airbnb immediately end the illegal practice of listing properties in Israeli settlements in the occupied West Bank on its vacation rentals website. 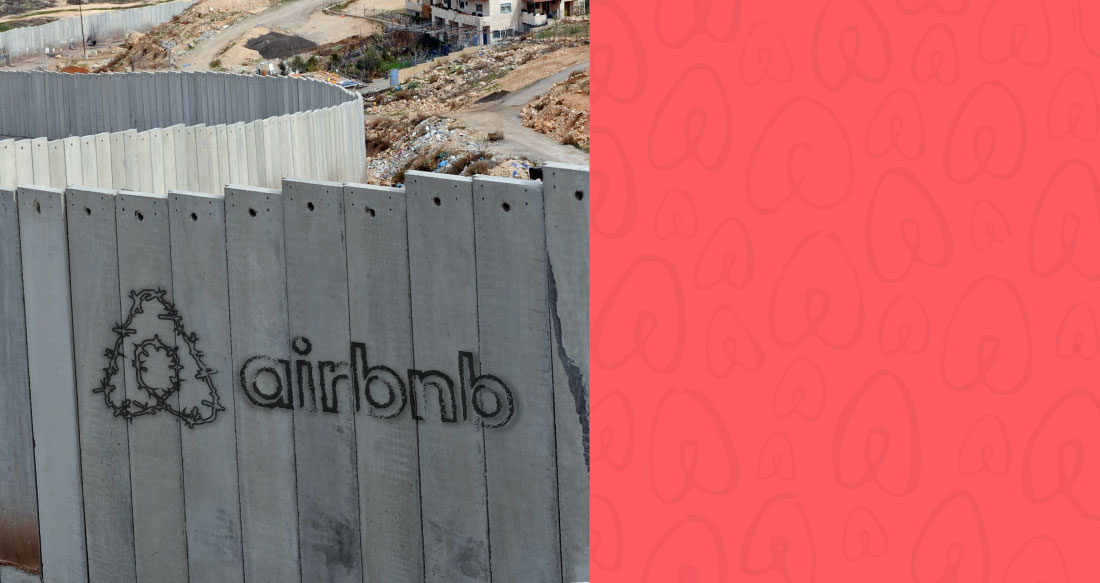 As one of Airbnb’s main investors, Fidelity has an opportunity to use its unique position of influence to ensure that the company abides by its human rights obligations under international law.

Affordable housing and anti-gentrification activists across the country are also protesting Airbnb and its policies, which often drive property values up in working class neighborhoods, pushing families out of their homes.

Together, we’re calling on Airbnb to stop profiting from #StolenHomes.

Fill Out the Form at Jewish Voice for Peace