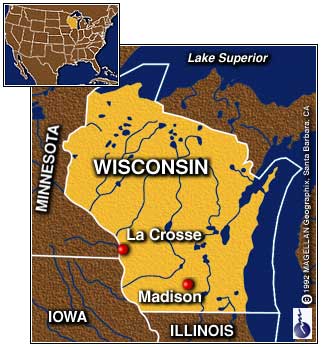 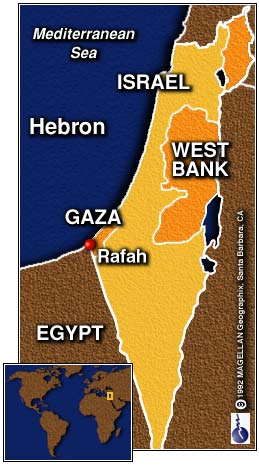 The Madison-Rafah Sister City Project was founded in 2003 by a group of concerned citizens in Madison, Wisconsin seeking to forge person-to-person relationships with Rafah, Palestine. We also wanted to increase public awareness of the Israeli-Palestinian conflict and to influence U.S. public policy to benefit both peoples. Although our project was denied “official” Sister City status by the City of Madison in 2004, we have continued as an unofficial sister city group since.

Our work has evolved to focus on five main areas:

We staff information and crafts tables at our events and those of other groups. We annually participate in Madison’s Fair Trade Holiday Festival and Overture International Festival to sell a large variety of fair trade Palestinian crafts and olive oil products. We sponsor and co-sponsor speakers and films throughout the year. We participate in emergency demonstrations and campaigns as needed.

We belong to the U.S. Campaign for Palestinian Rights and the Wisconsin Network for Peace and Justice. We work cooperatively with many other local and national groups.

Solidarity with Rafah
Since our founding we have tried to raise funds for projects that directly benefit the citizens of Rafah, especially its children. Our first project contributed to rebuilding water wells destroyed by Israeli bombing. Since then we have worked with groups in the U.S. and Rafah to provide

We have also protested against and raised emergency relief following repeated Israeli military assaults on Gaza. Every year we sponsor a Rachel Corrie Commemoration honoring the American peace activist who was killed in Rafah by an Israeli military bulldozer just two months after our founding.

Organizational Structure
The Madison-Rafah Sister City Project is an all-volunteer organization. It has a core group of members who commit to an active role and meet monthly. We have designated individuals responsible for specific tasks and sub-committees that meet as needed. We also have a small army of supporters and volunteers who help with events and fundraising, without whom nothing would be possible.

We are a 501(c)(3) charitable organization registered with the IRS. Contributions to MRSCP are tax-deductible up to 50-60% of adjusted gross income.