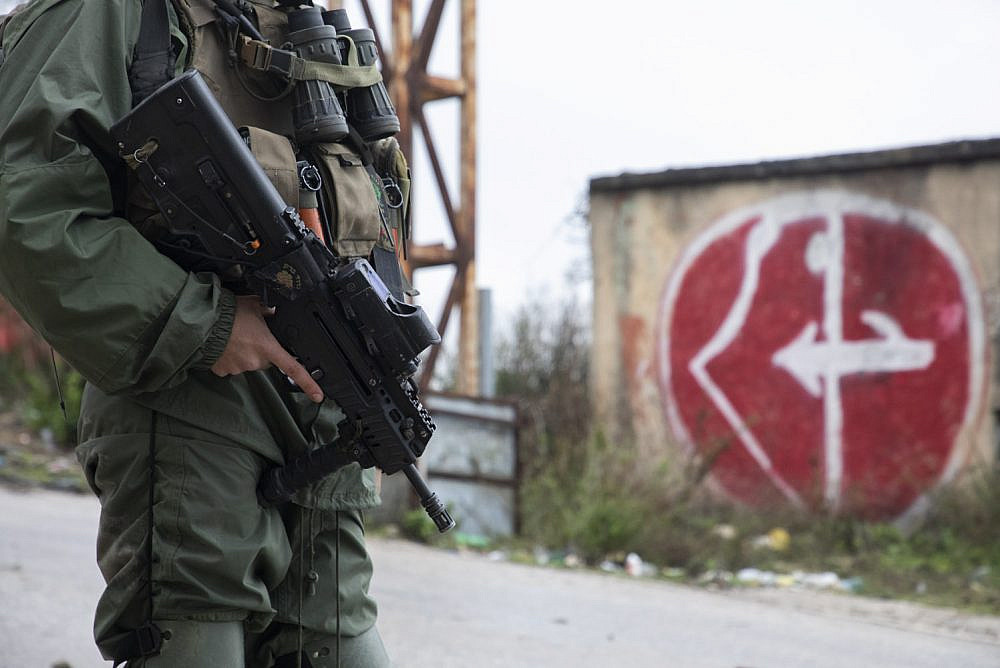 An Israeli soldier seen during an army raid on the Palestinian village of Burqa in the West Bank next to a spray-painted symbol of The Popular Front for the Liberation of Palestine (PFLP). (Oren Ziv)

“For the better part of the last year, the Israeli government has been on a mission to convince European countries that six of the most prominent Palestinian civil society organizations are actually a front for terrorism. Yet despite its efforts, which included a confidential 74-page Shin Bet dossier sent to diplomats last May, Israel has failed to persuade European leaders of its allegations.” 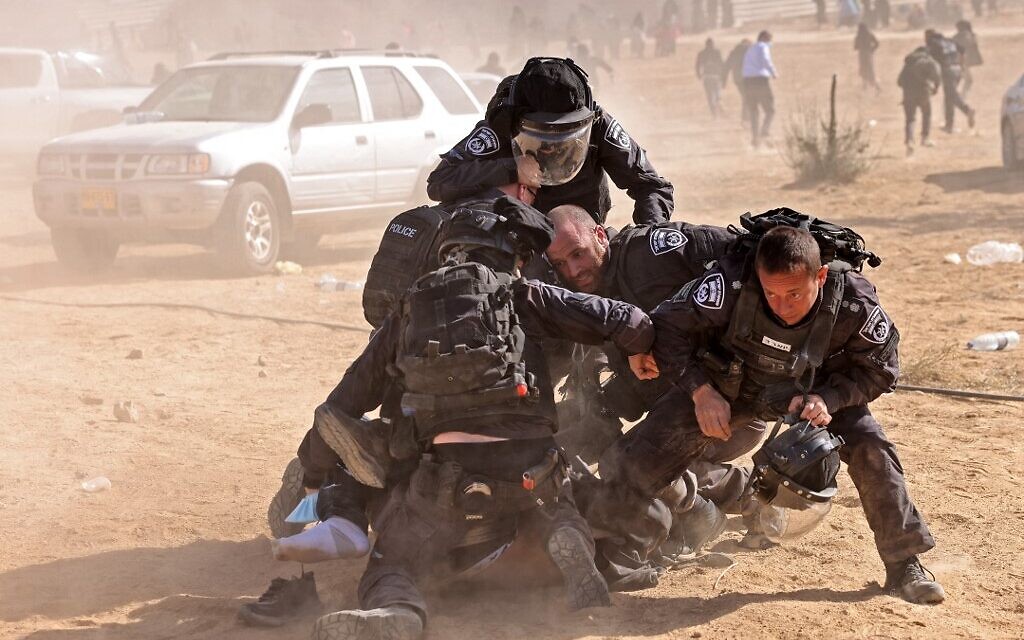 Israeli police detain a man as Bedouins protest in the southern Negev Desert against a forestation project by the Jewish National Fund (JNF), on January 12, 2022. (AHMAD GHARABLI / AFP)

Why tree planting in the Negev sparked protests, riots and a coalition crisis

“The slender saplings, placed into soil churned up by tractors, seem far too innocuous to spark a coalition crisis. But where and how they’re planted turns out to matter on a national scale. The Jewish National Fund, a quasi-governmental body that oversees 13 percent of Israel’s land, began several days of planting trees on disputed land in the Negev on Sunday (January 9). The response was immediate: protests by Bedouin residents that escalated into clashes. Many Negev Bedouin live in unrecognized townships scattered across Israel’s southern desert. The government has sought to relocate them into planned, recognized cities, but most Bedouin have refused, insisting on the right to stay where they are.”