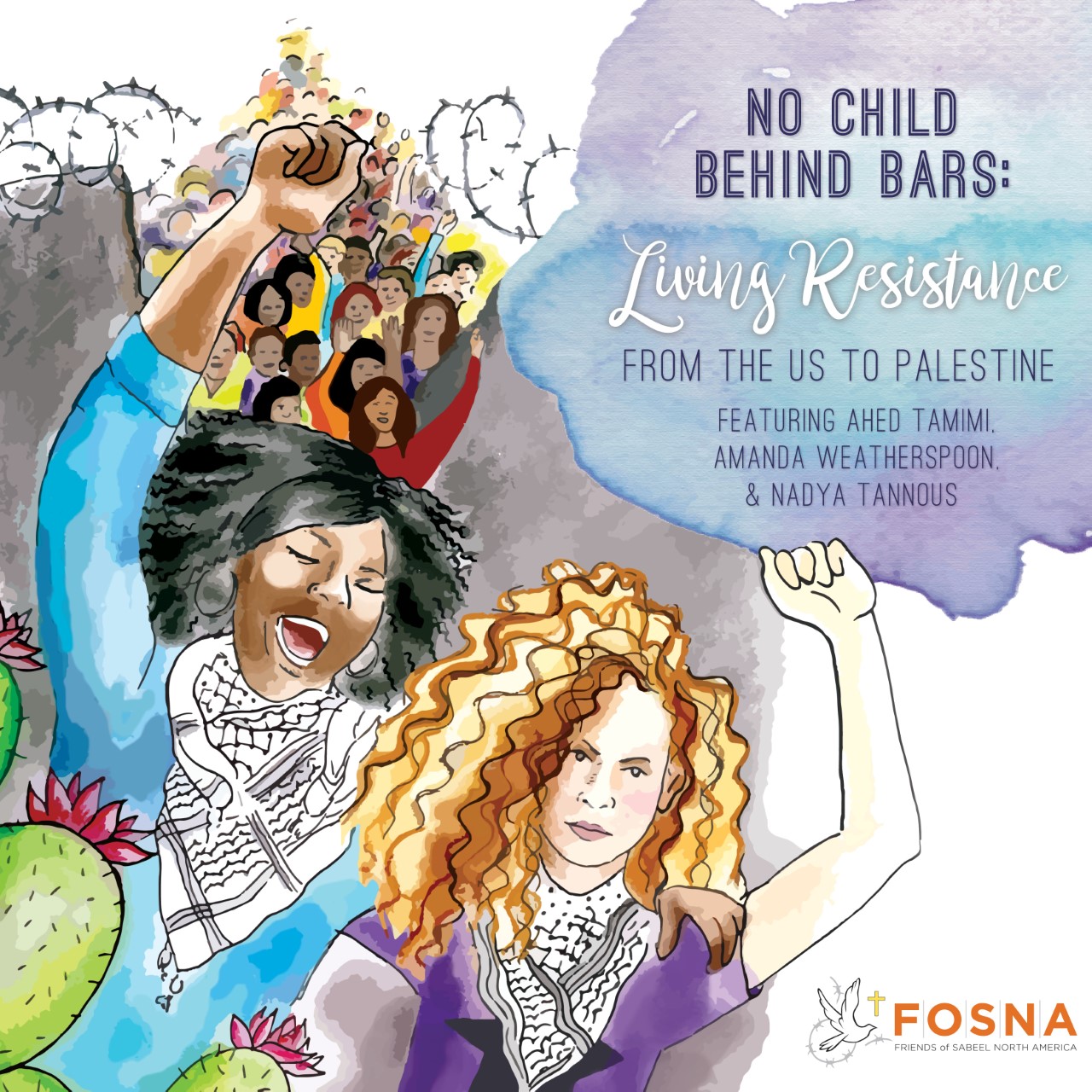 The No Child Behind Bars: Living Resistance from the U.S. to Palestine tour will be in Madison on Monday, January 30 for a free public community event in the evening.

The main sponsor of the tour nationally is Friends of Sabeel-North America (FOSNA). FOSNA is one of several international chapters supporting the work of the Sabeel Ecumenical Liberation Theology Center, a Palestinian Christian organization. 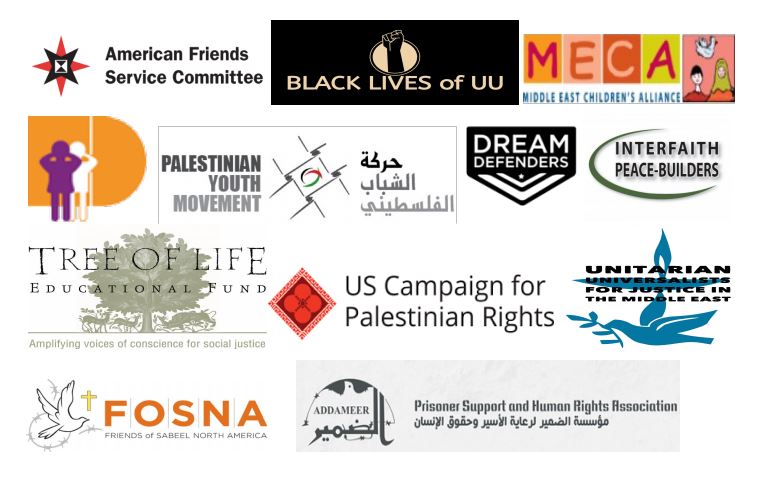 Ahed Tamimi is a 15-year-old Palestinian human rights activist, charismatic and articulate. She will be speaking from her home in Nabi Saleh, Occupied West Bank via video tape because the U.S. State Department has not yet granted her a visa.

Amanda Weatherspoon is a Unitarian Universalist minister and Black liberation activist in the Bay Area. Her ministry is centered on collective liberation with an intersectional approach.

Nadya Tannous is a writer and organizer in the Bay Area. She has researched the detention of Palestinian minors since 2013.

Alix Shabazz is a 24 year old community organizer with Freedom Inc. in Madison, WI. She helped lead the “Hands Off Black Womyn”, “Justice for Tony Robinson”, and “Build the People Not the Jail” campaigns to forward the movement against mass incarceration and police violence.

Matthew Braunginn is a local, third generation civil rights activist and Madison native who is working to shift resources and power to help create a world where one’s humanity and human rights are fully realized.

The speaking tour is meant to educate the American public about the widespread abuse of children through detention and criminalization. While the tour features Ahed, a Palestinian youth, it is also meant to draw attention to the intersectional nature of injustice to children, including detention practices and youth incarceration right here in the United States, which disproportionately impact children and youth of color. Our goal is to spread awareness and to highlight congressional, economic, and educational opportunities for coalitions to mobilizing around a common goal: the full realization of human rights for children.

Amanda Weatherspoon and Nadya Tannous are scheduled to be interviewed by phone on Friday, January 27 from 12 noon – 1 pm on 89.9 FM WORT Radio’s A Public Affair live call-in show with host Esty Dinur.

“We are at a precipice in our struggle for collective liberation. The opportunity to engage with prophetic voices of our time, powered by distinctive and united visions, on tour and in our communities, while sharing a platform to mobilize for systemic change and interface with communities across the US, is something that we need now more than ever.

Let us be exceptionally bold together and grow in the light of Living Resistance and the possibility, inevitability, of liberation.”

Friends of Sabeel – North America (FOSNA) is proud to launch the national tour No Child Behind Bars: Living Resistance from the US to Palestine. This January, we will have the honor of introducing Ahed Tamimi and Amanda Weatherspoon to congregations and communities around the United States.

Ahed Tamimi is a 15-year-old girl from Nabi Saleh, Palestine. She loves soccer and dance but, because of the Israeli occupation, she spends most of her Fridays participating in nonviolent resistance with her family, neighbors, and international allies. By the time Ahed was 8 years old, she was protesting attacks from settlers of the nearby Halamish settlement. The Israeli military fired tear gas and detained residents of the village, and even used live fire in her village. Ahed lives under this state violence every day, but she remains positively fearless!

Amanda Weatherspoon is a Unitarian Universalist minister in California. Her ministry is centered on collective liberation. Amanda is pursuing human rights work domestically and internationally, and is organizing toward black liberation.

These two young women of color hail from different countries, but their stories are already intertwined. The zip ties that have bound Ahed’s hands are used on youth who are being detained on the U.S.-Mexico border. The tear gas deployed on black liberation activists in cities across America is the same as that set off in Palestinian villages. G4S not only operates the prisons in which Ahed’s family has been detained, but monitors youth detention facilities in Florida and deployed against Sioux protesters at Standing Rock. The aggressive tactics used by police all over the United States, the ways in which police are trained to target minorities, are direct results of relationships between the Israeli Army and our own U.S. justice system.

Support this effort to bring the black and Palestinian liberation movements together in a groundbreaking, national tour.