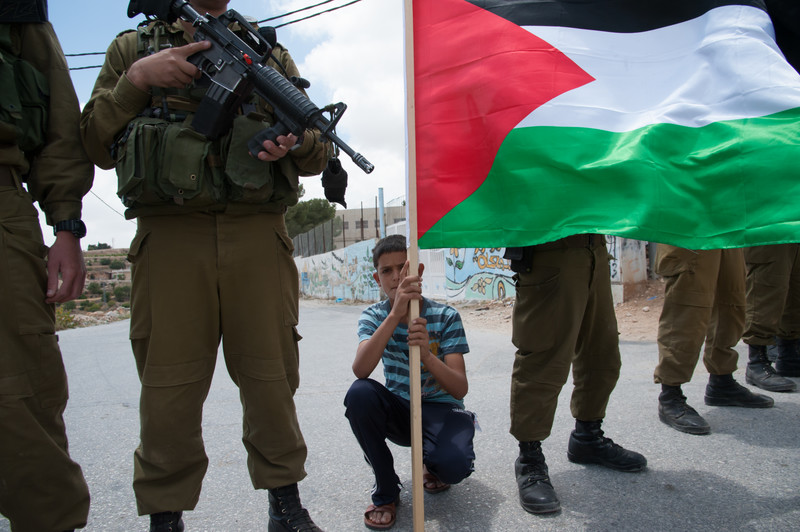 The Evangelical Lutheran Church in America has become the latest US denomination to take economic action against the Israeli occupation.

At its triennial assembly last week in Baton Rouge, Louisiana, the four million-member church, one of the largest in the US, voted on two separate resolutions targeting Israel’s occupation and human rights abuses, passing each by a landslide.

The first resolution calls for the end of US aid to Israel until it ceases violations of international human rights norms, specifically the ongoing construction of settlements on occupied Palestinian land.

The US gives Israel more than $3 billion every year, despite laws that prohibit aid to countries with persistent records of human rights violations. The Obama administration has vowed to increase that sum over the coming decade in what would be the largest military aid package the US has ever given any country.

The second resolution, adopted by a 90 percent margin on Saturday, calls for the creation of a “human rights social criteria investment screen,” specifically citing concerns raised in the church’s Middle East policy.

The Lutheran church has deep ties to Palestinian churches which are members of the Evangelical Lutheran Church in Jordan and the Holy Land. Reverend Mitri Raheb, whose Evangelical Lutheran Christmas Church in Bethlehem is one such congregation, was one of the authors of the Kairos Palestine Document which calls on churches around the world to use “boycott and disinvestment as tools of nonviolence for justice, peace and security for all.”

“By adopting this investment screen, the Evangelical Lutheran Church in America is taking an important step to ensure that we are not profiting from, or complicit in, injustice in the Holy Land and elsewhere,” said church member Jan Miller in a press release from the grassroots group Isaiah 58. The group describes itself as Lutherans advocating “for an end to Israel’s occupation and a just peace for both Israel and Palestine.”

According to Tim Fries, an Isaiah 58 activist, much of the assembly was focused on getting the church to move toward taking responsibility for the ways it has been complicit in systemic privilege, “namely, white, European colonial privilege.”

Fries cited huge majority support for resolutions also put to vote at the assembly about supporting refugees and immigrants (by an 842-48 vote), and expressing solidarity with Black Lives Matter (846-73).

Resolutions on fossil fuel divestment and opposition to US military spending also passed with overwhelming support.

Still, the votes on the Israeli occupation marked a notable shift in position.

Dale Loepp, an Isaiah 58 leader, noted that at the previous church assembly in 2013, there was visible and organized opposition from the Zionist activist group Christians for Fair Witness on the Middle East.

At that time, Loepp told The Electronic Intifada, the main strategy to defeat such measures was to introduce amendments that removed any economic consequences, allowing such “toothless” resolutions to pass easily.

At the 2013 Lutheran gathering, the only amendment that introduced an investment screen targeting the occupation failed by a 70 percent margin.

“The surprising story here is that there has been a massive shift in the stance of the Evangelical Lutheran Church in America on the occupation in only three short years – 70 percent opposed to economic tools to end the occupation, versus 90 percent in favor today,” Loepp said. “Though these are three years that I’m sure seem like two eternities to Palestinians.”

At this year’s assembly, Loepp observed no such visible organized opposition.

At the same time, grassroots organizers from the US Campaign to End the Israeli Occupation joined Isaiah 58 and allies from the Israel Palestine Mission Network of the Presbyterian Church (USA), American Friends Service Committee, Friends of Sabeel North America, New Orleans Palestinian Solidarity Committee and Jewish Voice for Peace to support the resolutions.

Yet the same obstructionist strategies were employed by a number of bishops who had actively opposed divestment efforts three years ago.

Echoing widespread complaints about the US presidential election system, both Loepp and Fries noted how these bishops used their privilege to manipulate parliamentary procedures in an attempt to thwart popular sentiment.

Loepp credits the head of the Evangelical Lutheran Church in America, Presiding Bishop Elizabeth Eaton, with not allowing filibusters to block the measures from going to a vote.

He has also observed calls on social media for systemic reforms that would prevent a handful of elites from attempting to hijack the democratic will of such proceedings in future.