In his second talk of the Day, Juan Cole will address the future of Iraq with a focus on the policies and approaches the new Trump administration may take in combating ISIL. 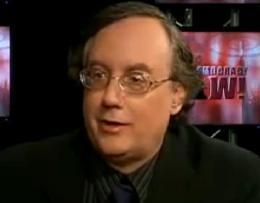 Juan Ricardo Cole is a public intellectual, prominent blogger and essayist, and the Richard P. Mitchell Collegiate Professor of History at the University of Michigan. He writes Informed Comment, Thoughts on the Middle East, History, and Religion, which includes “The Map: The Story of Palestinian Nationhood Thwarted”. In 1973, Juan gifted his extensive comic book collection to Northwestern University; Stan Lee of Marvel Comics attended the opening.