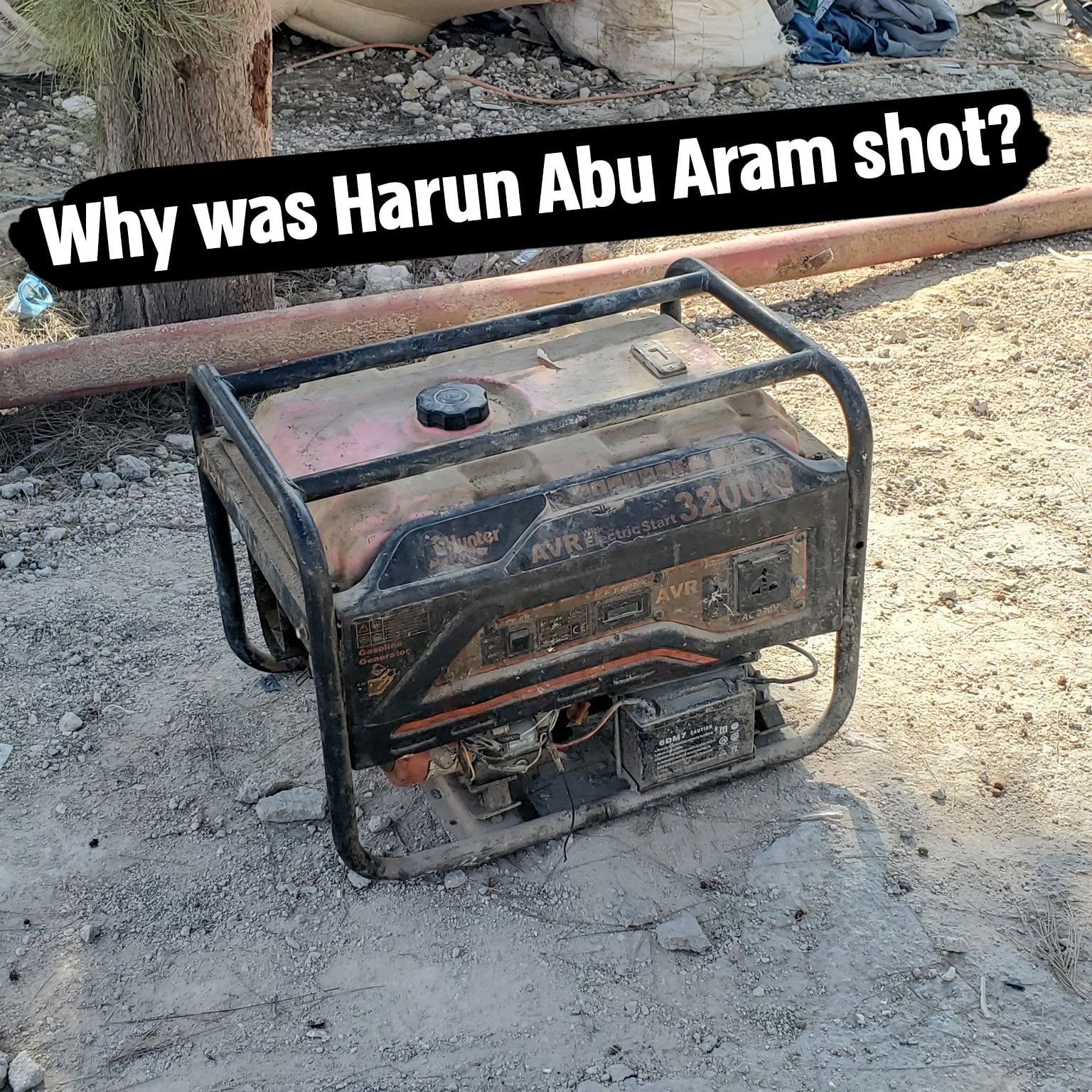 All of this takes place on the backdrop of two weeks of violent riots in Jerusalem and across the occupied territories by settlers attacking Palestinians and Israeli police in response to the death of a settler teen killed while fleeing from the police after allegedly throwing stones at Palestinians. On Friday, human rights organization Yesh Din said that they’d documented 25 incidents of violence against Palestinians in the West Bank alone, and there were more over the weekend.

In a healthy democracy, you’d perhaps expect the country’s leadership to condemn such violence. But when it comes to settlers, not only are they not condemned; if anything, Prime Minister Netanyahu and Internal Security Minister Amir Ohana went out of their way to embrace the family of the settler, to signal to the Israeli right that they’re sympathetic to the settlers’ concerns. Election day is fast approaching, after all.

But when it comes to Palestinians, trying to stop soldiers taking a generator can get you paralyzed.

That’s just another part of life under occupation.