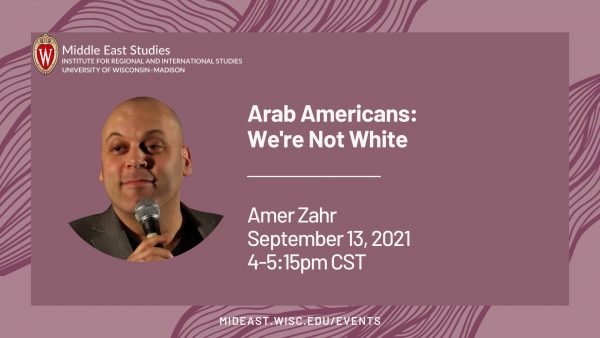 Amer Zahr, founder and producer of the annual 1001 Laughs Ramallah Comedy Festival, is a rising star in both the US and the Middle East. Amer is an Arab-American comedian, speaker, political activist, writer, and adjunct professor at the University of Detroit, Mercy School of Law. “Comedy is my form of protest,” says Amer!

Join us for a conversation between Amer Zahr and Nevine El Nossery, Director of the Middle East Studies Program. We will discuss Amer’s upbringing as an Arab American, how comedy and law intersect, and how it is possible to reconcile multiple identities. We will also talk about how American society and politics affect the lives of immigrants in general and Arab-Americans in particular.

We encourage you to watch Amer Zahr’s documentary, We’re Not White, before his talk on September 13. It’s a very thought-provoking educational resource for talking to students about intersectional matters related to race, ethnicity, and other aspects of identity.