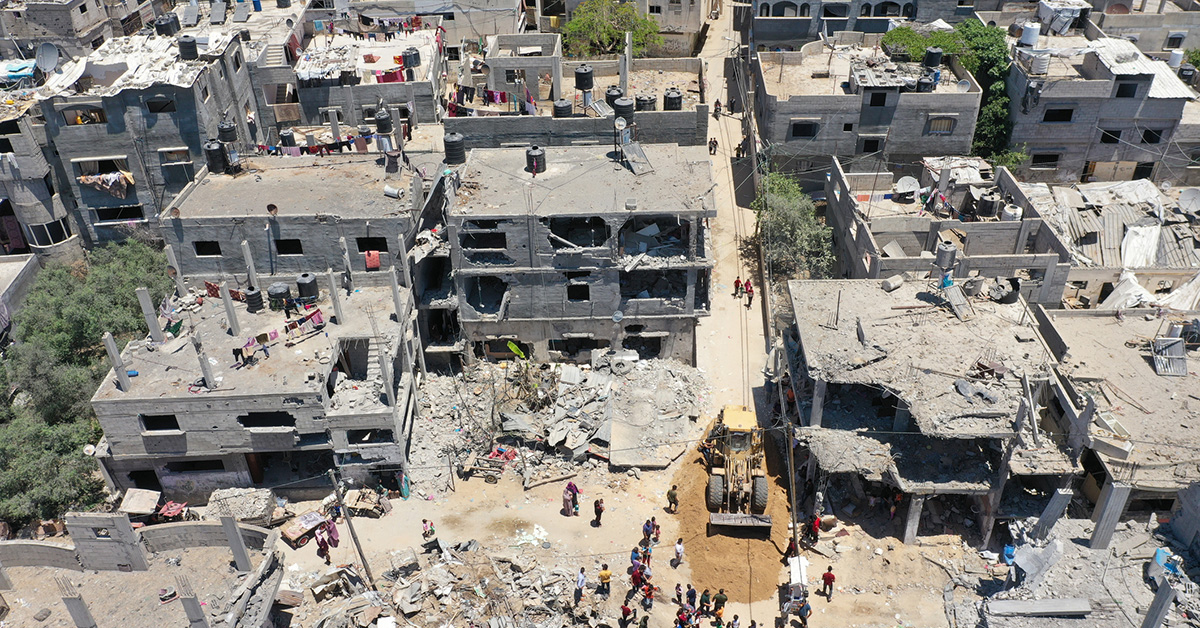 National Nurses United (NNU) mourns the loss of life over the weekend in the besieged Gaza Strip area of Palestine due to Israeli airstrikes that killed dozens—including at least 15 children. “As nurses, we are grateful that a cease-fire between militants in Gaza and the Israeli Government has been accepted and we urge it be permanent,” said NNU Secretary Treasurer Martha Kuhl, RN. “We express alarm at the grave impacts on critical health care infrastructure caused by last week’s bombardment. This includes the incredible strain placed on nurses and other health care workers struggling to provide care at the main hospital in Gaza, the Shifa Medical Complex in Gaza City. In addition to caring for patients who were victims of the bombardment, the hospital faces an energy crisis as Israel cut off vital supplies of fuel to the Gaza Strip late last week.

“NNU joins the international community in condemning this attack on civilians, on children, on health care infrastructure, health care workers, and public health,” continued Kuhl. “As nurses and as people of conscience, we find these acts of war wholly unacceptable. We stand with Palestinian nurses, doctors, and other health care workers and their unions who have valiantly worked to save human lives during this recent escalation of violence. We call for an end to military aggression, to occupation, and an end to the illegal blockade of Gaza.”

Recent violence has only compounded the public health effects of the 15-year blockade of Gaza—where critical goods, services, and freedom of movement have been restricted by the Israeli government as part of its ongoing occupation of Palestine. Due to the humanitarian crisis caused by the blockade, the area has been deemed as “uninhabitable” by the United Nations. According to human rights reports, 97 percent of water in Gaza is undrinkable, where 75 percent of the area’s 2 million residents experience food insecurity. More than half of Gaza’s residents are children, the vast majority of whom suffer from post-traumatic stress disorder. Since 2008, military attacks by the state of Israel have resulted in more than 4,000 civilian deaths in Gaza, hundreds of whom have been children. Despite the United Nations, international human rights, and international health organizations calling for accountability for Israel’s systematic human rights violations, military occupation, and apartheid practices, Israel remains one of the biggest recipients of U.S. aid, nearly $4 billion annually.

“We want an immediate end to unconditional U.S. aid to the state of Israel that has been used to fund the Israeli government’s human rights violations,” said NNU President Jean Ross, RN. “Just as we seek peace and justice globally, and have opposed the Russian invasion of Ukraine, so do we call for peace and solidarity in Gaza and in the rest of Palestine.”

National Nurses United is the largest union of registered nurses in the United States with more than 175,000 members nationwide.