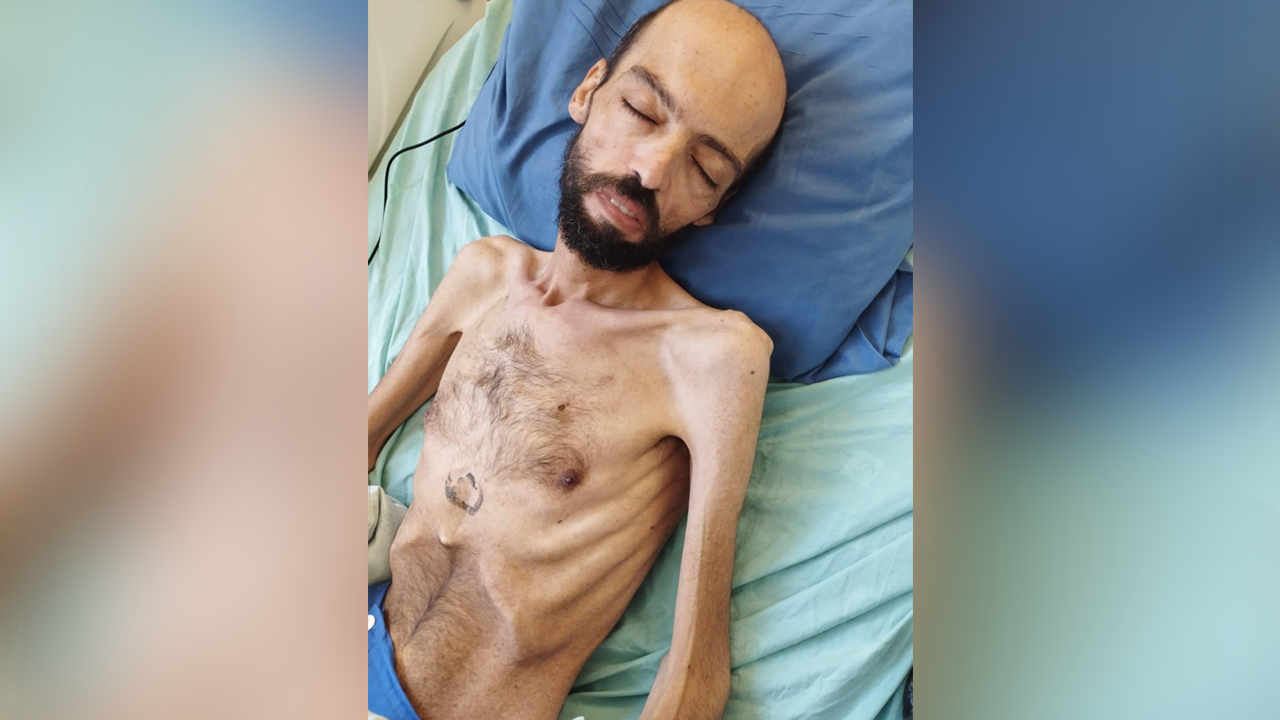 Geneva – Palestinian administrative detainee Khalil Awawdeh is suffering from an acute case of dyspnea and severe problems in all his vitals due to his continued hunger strike. His time is rapidly running out, Euro-Med Monitor said in a statement.

Awawdeh's health condition has become more critical than ever as he has been on hunger strike since 3 March (more than 170 days) in protest of the Israeli authorities’ refusal to release him.

The detainee emphasized that his continued detention, given his deteriorating health, means he is sentenced to a slow death.

Awawdeh's case requires immediate intervention from all parties involved to preserve his life and end his ongoing suffering since his administrative detention on 27 December 2021.

Today, the Israeli Supreme Court will hear an appeal by Awawdeh's lawyer to release him, based on a medical report documenting his significant deterioration in recent days.

The wife of Awawdeh, who lies at the Israeli Assaf Harofeh hospital, told the Euro-Medi Monitor team that her husband has major breathing problems, a sharp drop in haemoglobin and blood sugar levels, and he is unable to speak, walk, or move his limbs. Moreover, he suffers from a significant decline in awareness and cognition and severe weight loss.

Following his arrest last year, an Israeli court issued a six-month administrative detention order against Awawdeh, which was later extended for another four months.

On 19 August, an Israeli court froze the administrative detention order against him but refused to release him, meaning he could be transferred from the hospital back to the prison if his health improves.

Khalil Awawdeh, 40, is from Idhna in the Hebron governorate in the southern West Bank. He has four daughters, the oldest of whom is nine years old and the youngest is one and a half.

Administrative detainees are held for months or years without indictment, and lawyers are frequently denied access to the evidence the court relies on for extending detention orders. The evidence is allegedly classified intelligence information, in blatant violation of fair trial guarantees and conditions.

Nour Olwan, Euro-Med Monitor’s Chief Media Officer, said, “The suffering of Palestinian detainee Khalil Awawdeh from severe breathing difficulties clearly indicates that his life could end at any moment, and warns of the need to take all possible measures to save his life as soon as possible.”

“It appears that the Israeli authorities are purposefully prolonging Awawdeh's suffering, even if it puts his life in danger, to thwart attempts to rebel against the policy of administrative detention and discourage Palestinian detainees from carrying out protests,” she added.

Olwan warned that if urgent steps to save Awawdeh's life are not taken, he will join the list of about 228 other Palestinians who have died in Israeli prisons since 1967, more than 70 of whom died as a result of health deterioration and the policy of medical neglect in prisons.

Israeli authorities must immediately release Palestinian detainee Khalil Awawdeh, end his administrative detention, and provide him with all necessary medical care in a manner that ensures his safety and eliminates the danger to his life.

The UN Working Group on Arbitrary Detention must actively pursue the issue of administrative detention in Palestinian territories, using all available means to pressure Israel to end this arbitrary policy.