One of the primary tactics opponents of the movement for Palestinian freedom have used to silence political debate is the branding of all support for Palestinian rights as anti-Jewish. Roughly half of the incidents of suppression Palestine Legal responds to each year include false accusations of antisemitism, totaling 895 incidents from 2014 to 2020. 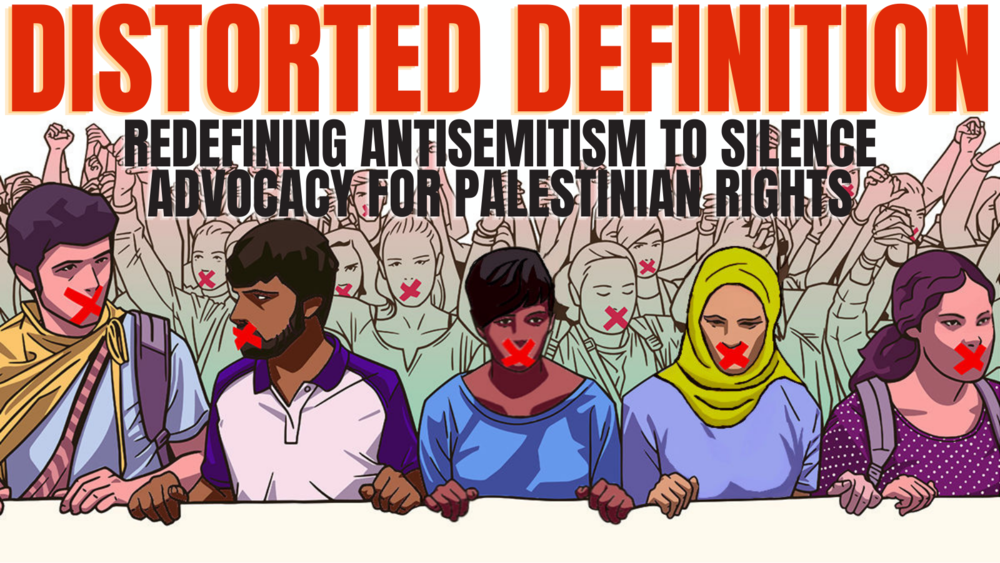 In an effort to add legitimacy to this tactic, Israel lobby groups have employed a distorted definition of antisemitism that encompasses virtually all criticism of Israel and have attempted to entrench this definition through policy changes and legislation.

This page tracks the evolution of the cynical ways Israel lobby groups have abused the definition and the definition’s impact on advocates for Palestinian rights.

We invite you to explore the following components: Origins of a Politicized Redefinition

After decades of attempting to smear Palestine advocacy with false antisemitism accusations, Israel lobby groups develop a new Israel-centered definition of antisemitism. It is adopted by an EU body, and the U.S. State Department cites it in a report. The complaints use similar language attempting to redefine antisemitism including the “3Ds Test.”

All of the complaints are dismissed. After the Department of Education dismisses complaints against universities, pro-Israel groups seek official endorsement of the redefinition of antisemitism.

Student governments, including at Indiana University, San Diego State, and the University of Wisconsin, Madison adopt the redefinition following lobbying by Israel groups.

Trump appoints a key player in efforts to use the redefinition to silence Palestine advocacy as head of civil rights at the Department of Education.

States begin to adopt the redefinition, but efforts in Congress remain stalled.

Trump eventually imposes the definition on federal agencies in a controversial executive order, leading to a rapid uptick in federal complaints and investigations against campus Palestine advocacy.

Following the exit of the Trump administration, advocates for Palestinian freedom and pro-Israel groups face uncertainty as to whether the Biden administration will extend Trump’s adoption of IHRA as a censorship tool.

An Israeli government official tries to pressure a public university to cancel a course on Israel/Palestine using the definition.

A right-wing group seeks to punish Ben & Jerry’s after they announce they will no longer sell their ice cream in settlements, claiming that respecting international law is discriminatory under IHRA. The Movement Pushes Back Against the Definition

Advocates from North America, Europe and Palestine/Israel begin more coordinated work to pushback against the redefinition as a censorship tool targeting Palestinian freedom.

The definition faces pushback on campuses and defeat by student governments across the country due to the definition’s use as a tool of political suppression.

At Butler University, the IHRA definition is defeated after the only two Palestinians in student government were initially excluded from participating in discussions about the measure.

An explosive Oxford University report reveals that the leadership of the International Holocaust Remembrance Alliance knowingly misled and neglected to correct the public perception about the scope of the IHRA definition’s adoption in the EU.