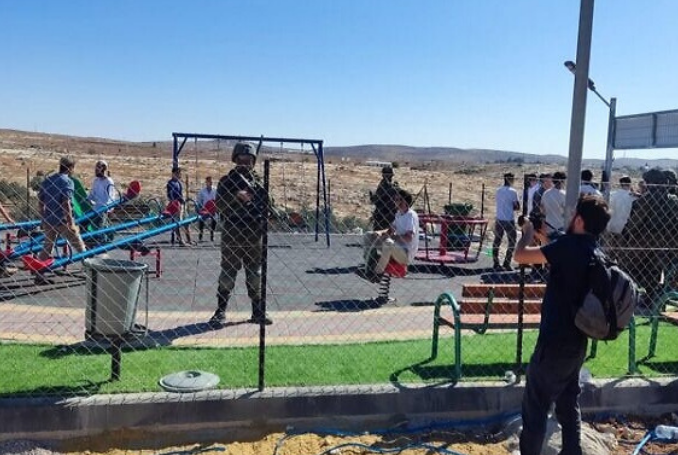 The playground opened in September after renovations to eradicate safety issues.

According to local residents, as soon as the repairs were completed, Jewish settlers began to go to the playground and photograph it. Israeli newspaper Haaretz reported that the settlers staged a protest and demanded that the Israeli Civil Administration should demolish it because it was built without a permit.

Amnesty described the actions of the Israeli soldiers and settlers as “a new episode in the series of hate crimes” committed by illegal settlers under the protection of the army against the Palestinians by expelling them from “public places, parks and woods”.

Human rights activist Basil Adra, who witnessed the playground incident, told Amnesty that the settlers have been doing this every week for some time.