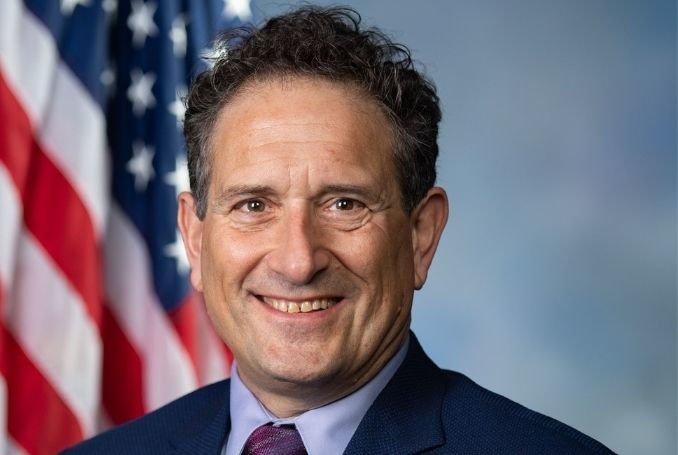 US Congressman Andy Levin has warned that anti-Semitism cannot be properly defeated without addressing Israel’s human rights abuses against Palestinians.

Speaking earlier this week during an online discussion hosted by the progressive Jewish movement IfNotNow on how the Biden administration can combat anti-Jewish racism, the Michigan Democrat lawmaker mentioned his long track record of urging the US to oppose Israel’s occupation.

Rep. Andy Levin from Michigan also wants the Biden administration to appoint a special envoy to combat antisemitism, someone who recognizes the broader far-right threat
https://t.co/PRUPZVRGFc

“Over 30 years ago, I was part of a little group of Jews and Christians and Muslims who organized an interfaith delegation to Israel and Palestine from Metro Detroit,” explained Levin. “We went to Gaza, we went to the West Bank, and I wrote a piece in the Detroit Jewish News saying ‘There’s no time left’,” He added that he “took a lot of c**p in my community. “And now it is 30 years later and we have to change things right now. We have to find the language to talk about this in a grounded way.”

He drew a comparison to the recent coup in Myanmar. “The Burmese military just conducted a coup and ended Burma’s fragile, 10-year experiment with democratic self-governance. During those 10 years, the rights of the Rohingya and the Karen and other minority peoples of Burma were never recognized at all.” The suggestion seemed to be that Myanmar could not be considered a democracy even while it held elections because of its failure to respect the rights of its minorities.

Yesterday, I traveled to the southern West Bank, including the Palestinian village of Susya, which the Israeli government has destroyed twice and currently denies access to water. pic.twitter.com/VTDzdoJTyl

“And there was even a genocide of the Rohingya and more broadly the rights of minority peoples there were oppressed… We cannot accept a situation where we consider Burma to be a democracy when the rights of its minority peoples were never even established. Of course, it’s highly imperfect, but an injustice anywhere is an injustice everywhere. Unless Palestinian human rights are respected, we cannot fight anti-Semitism.”

Levin was optimistic about the diversification of Congress which he said could be a springboard to combating racism. “I came in with a class with the first two Native American women ever in Congress and the first two Muslim women ever, including the first Palestinian, my sister from Michigan, Rashida Tlaib.”

Following his visit to the occupied West Bank in 2019, Levin condemned the Israeli government for denying local residents’ access to water.

Levin also led 106 Democrats in condemnation of the Trump administration’s policy shift on Israeli settlements. “The State Department’s unilateral reversal on the status of settlements, without any clear legal justification, therefore has offered a tacit endorsement of settlements, their expansion, and associated demolitions of Palestinian homes,” the lawmakers said in a letter to former Secretary of State Mike Pompeo urging him to reverse the policy.