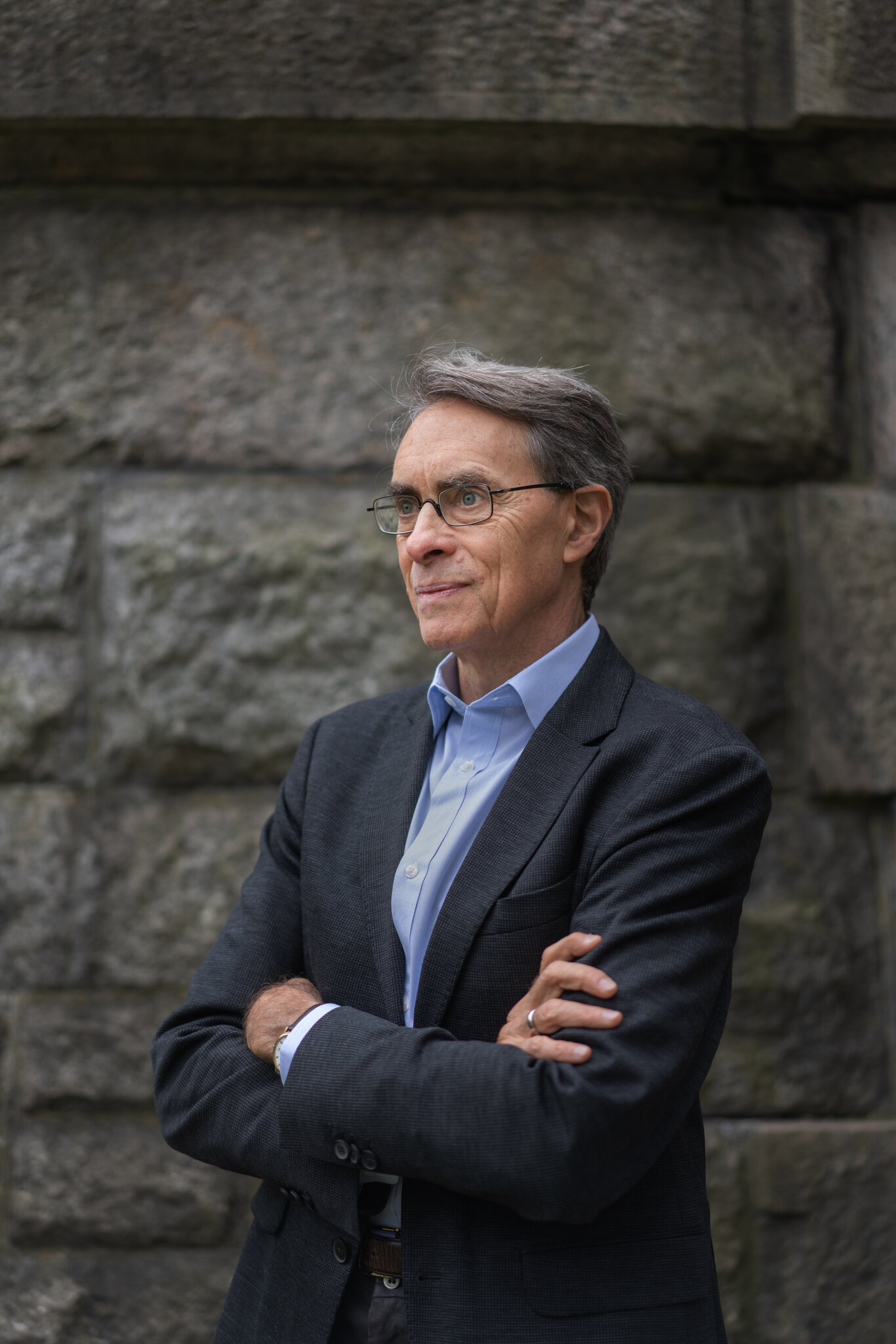 The Harvard Kennedy School reversed course on Thursday and said it would offer a fellowship to a leading human rights advocate it had previously rejected, after news of the decision touched off a public outcry over academic freedom, donor influence and the boundaries of criticism of Israel.

The controversy erupted earlier this month, when The Nation published a lengthy article revealing that last summer, the school’s dean, Douglas Elmendorf, had vetoed a proposal by the school’s Carr Center for Human Rights Policy to offer a one-year fellowship to Kenneth Roth, the recently retired executive director of Human Rights Watch. At the time, Elmendorf told colleagues that he was concerned about perceptions that Human Rights Watch had a bias against Israel, according to two faculty members.

The revelation prompted sharp rebukes from prominent free expression groups; a letter signed by more than 1,000 Harvard students, faculty and alumni criticizing what it called “a shameful decision to blacklist Kenneth Roth”; and private complaints from faculty.

In an email to the Kennedy School community on Thursday, Elmendorf said his decision had been an “error” and the school would be extending an invitation to Roth.

Elmendorf, an economist who served as director of the Congressional Budget Office from 2009 to 2015, also pushed back against the charge that donors had influenced his initial decision, which was suggested in the Nation article and reiterated in public statements by Roth.

“Donors do not affect our consideration of academic matters,” he said in the statement. “My decision was also not made to limit debate at the Kennedy School about human rights in any country.”

He did not specify why he had rejected Mr. Roth’s fellowship except to say that it was “based on my evaluation of his potential contributions to the school.”

As for Roth, who after Harvard’s about-face accepted an offer from the University of Pennsylvania, where he is now a fellow at Perry World House, Elmendorf said, “I hope that our community will be able to benefit from his deep experience in a wide range of human rights issues.”

Roth, reached by phone after the reversal was announced, said he was pleased by the decision, which he attributed to “overwhelming” concern from the faculty, and that he would use the fellowship to work on a book about his decades of human rights advocacy. But he also called for more transparency.

“Dean Elmendorf has said he made this decision because of people who ‘mattered’ to him at the university,” Roth said, referring to published accounts by faculty members. “He still refuses to say who those people who mattered to him were.”

And he called on Harvard to make a stronger commitment to academic freedom, including for people who aren’t in a position to mobilize public opinion.

“Penalizing people for criticizing Israel is hardly limited to me,” he continued. “What is the Kennedy School, and Harvard more broadly, going to do to show this episode conveys a renewed commitment to academic freedom, rather than just exceptional treatment for one well-known individual?”

The incident was the latest flare-up in the ongoing debate about when criticism of Israel shades into antisemitism, and when charges of antisemitism, in turn, are used to shut down criticism.

In interviews (and on Twitter), Roth, a Jew whose father fled Nazi Germany as a child, said that Elmendorf’s initial decision reflected the influence of those who seek to delegitimize Human Rights Watch, which has monitored abuses in more than 100 countries, as an impartial observer on Israel. And he has described it as a case of “donor-driven censorship,” though he said he had no proof.

“It clearly looks like this is donor influence undermining intellectual independence,” he said in an interview with The New York Times last week.

(A spokesman for Harvard said the university and its president, Lawrence Bacow, had no comment.)

Donor influence can be murky, with the details of conversations held behind closed doors rarely coming to the surface. But Israel has been a particular flash point in recent years, as some donors concerned with what they see as antisemitic or anti-Israel trends in academia have sought to reverse gifts or sway hiring decisions.

In 2020, the University of Toronto halted the hiring of Valentina Azarova as the director of its law school’s human rights program, after a major donor contacted an administrator to express concerns about her academic work criticizing Israel’s human rights record. (After a public outcry, the university offered the job to Azarova with protections for academic freedom, but she declined.)

Last year, the University of Washington returned a $5 million gift, after a donor to its Israel Studies program expressed unhappiness with a professor who had joined other Israel and Jewish studies scholars in signing an open letter criticizing the Israeli government’s conduct toward Palestinians and Arabs in the country and the Palestinian territories. The donor, according to the university, had requested that the gift agreement be amended to forbid scholars supported by the donation from making statements “seen as hostile to Israel.”

The Kennedy School, a confederation of 12 centers and dozens of other initiatives, is one of the nation’s leading public policy schools. It’s also no stranger to controversy, often stemming not from its regular faculty but from its more than 750 visiting fellows, who include prominent figures from politics, government and media.

In 2017, Elmendorf rescinded a fellowship offered to Chelsea Manning, the former Army intelligence analyst who in 2010 leaked archives of military and diplomatic documents to WikiLeaks, following criticism from Mike Pompeo, then C.I.A. director, and others in the intelligence community. In 2019, Rick Snyder, a former governor of Michigan, withdrew from a fellowship after his appointment sparked a backlash on social media and from students who cited his role in the Flint water crisis.

As for partisan voices on the Israeli-Palestinian conflict, the school has hosted a variety of fellows in recent years, including Amos Yadlin, a retired top Israeli general, and Saeb Erekat, then the chief Palestinian negotiator and secretary general of the Palestine Liberation Organization.

Roth had been recruited for the fellowship, which includes no teaching duties, by Mathias Risse, the director of the Carr Center. In an email to Carr Center students, faculty members, fellows, alumni and others following the Nation article, Risse called him “one of the most distinguished human rights leaders of our time” and said the fellowship rejection was “one of the lowest moments of my professional life.”

In interviews and emails with the The Times, Risse and another faculty member, Kathryn Sikkink, said that Elmendorf, in explaining his rejection of Roth, had cited the perception that Human Rights Watch was “biased” against Israel. He told them he had become aware of the issue following discussions with unnamed people within the university, they said.

Donors, they said, were not mentioned. But they said a 2021 report by Human Rights Watch, which concluded that Israel’s policies toward Palestinians in the occupied territories met the legal definition of “the crime of apartheid,” was discussed.

Whether Human Rights Watch is fair to Israel has long been a source of contention, inside and outside the organization. In a 2009 opinion essay in The Times, Robert Bernstein, one of the group’s founders, charged that its criticisms of Israel were “helping those who wish to turn Israel into a pariah state.”

In 2019, Israel expelled the group’s director for Israel and Palestine and the lead researcher and author of the 2021 report, Omar Shakir, under a law barring foreigners who support a boycott of Israel or its territories. At the time, Shakir denied that either he or Human Rights Watch had called for a wholesale consumer boycott of Israel or its settlements.

“We had to work for years to build confidence among the senior leadership of the organization that this was an important place for us to go,” said Whitson, now the executive director of Democracy in the Arab World Now, or DAWN. There was a fear “that if you cross those red lines, they will try to decapitate you as an effective advocacy group.”

The Human Rights Watch report was assailed by Israel, whose ambassador to the United States said it bordered on antisemitism. The American Jewish Committee called it “a hatchet job” and accused Roth of harboring personal “animus toward Israel.” Some progressive Jewish groups who expressed concern at “vitriolic attacks” on the report also noted their own disagreement with the term “apartheid.”

The report did not characterize Israel, as some (including some Israeli groups) have, as “an apartheid state.” It used the term to refer not to the Israeli government’s character, but to specific discriminatory policies in the occupied territories, which it said met the definition of “the crime of apartheid” laid out in internationally ratified legal prohibitions adopted by the United Nations and the International Criminal Court.

Roth said the point of the report, which he had “personally spent a lot of time editing,” was not to equate Israel with the racist former regime in South Africa but to apply legal definitions. And it reflected the reality, he said, that the peace process was “dead.”

“There’s no evidence that what’s happening today is going to go away,” he said. “That’s what led all of us to realize we have to change our paradigm.”

To some on campus, the issue is less about Roth or Human Rights Watch than the balance of discourse on campus.

“From a free speech perspective, yes, he should be entitled to a fellowship” if the Carr Center saw fit to invite him, said Natalie Kahn, a senior at Harvard College and the co-president of Harvard Students for Israel. “I do think, though, that there are so many people at Harvard who are espousing anti-Israel views that we really don’t need another one.”

Ahmed Moor, a 2013 Kennedy school graduate who helped organize an open letter from Palestinian alumni protesting Elmendorf’s initial decision, noted that the school had hosted Yadlin, the Israeli general, but also had “people like me.”

“That’s fine and appropriate for that kind of institution,” because representing numerous viewpoints is part of the purpose of a “premier public policy program.”

With the original decision, he added, “That’s where the current dean mucked things up.”