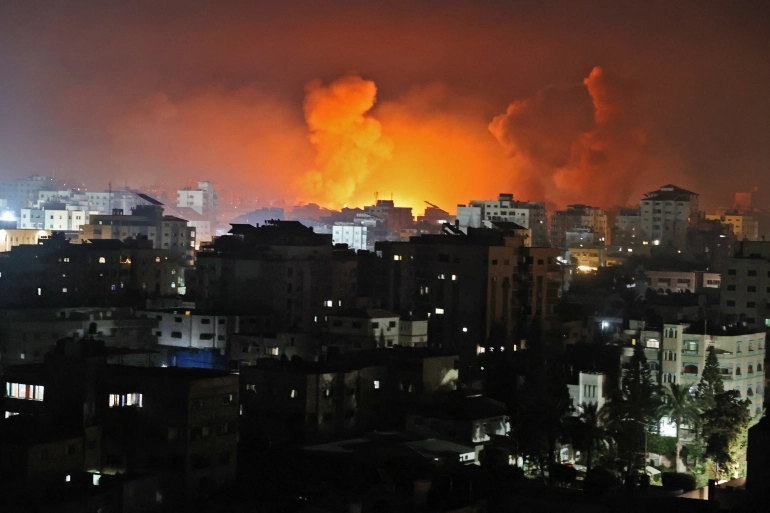 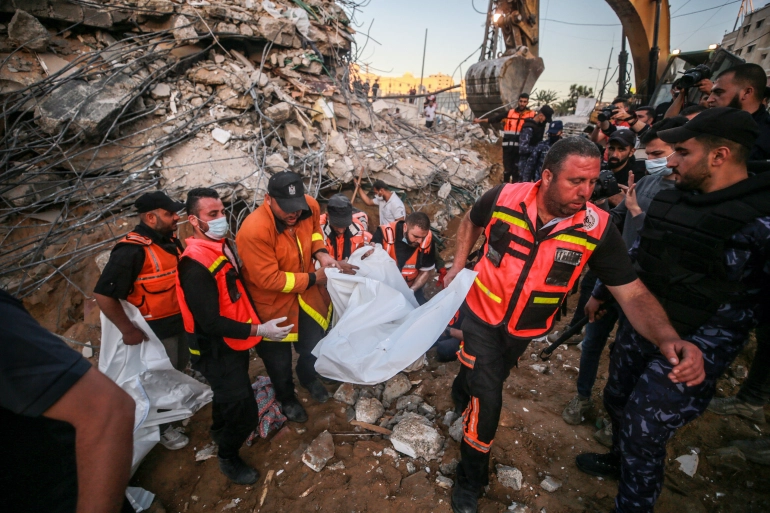 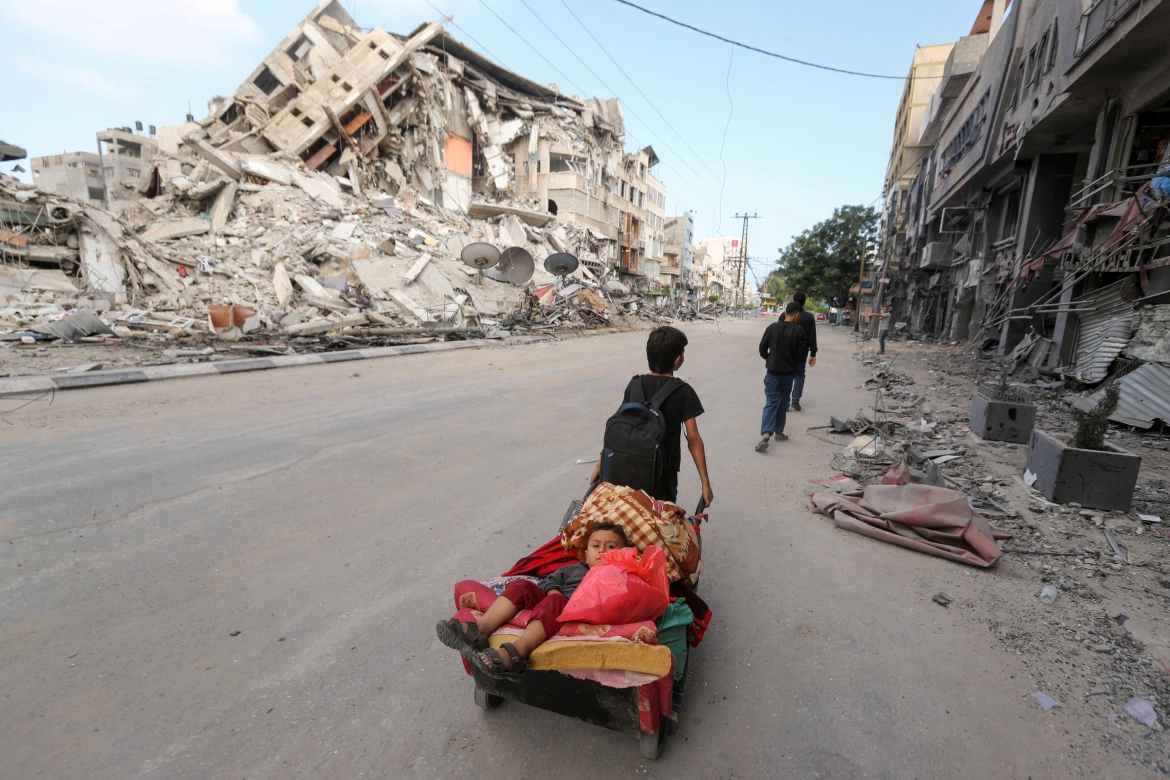 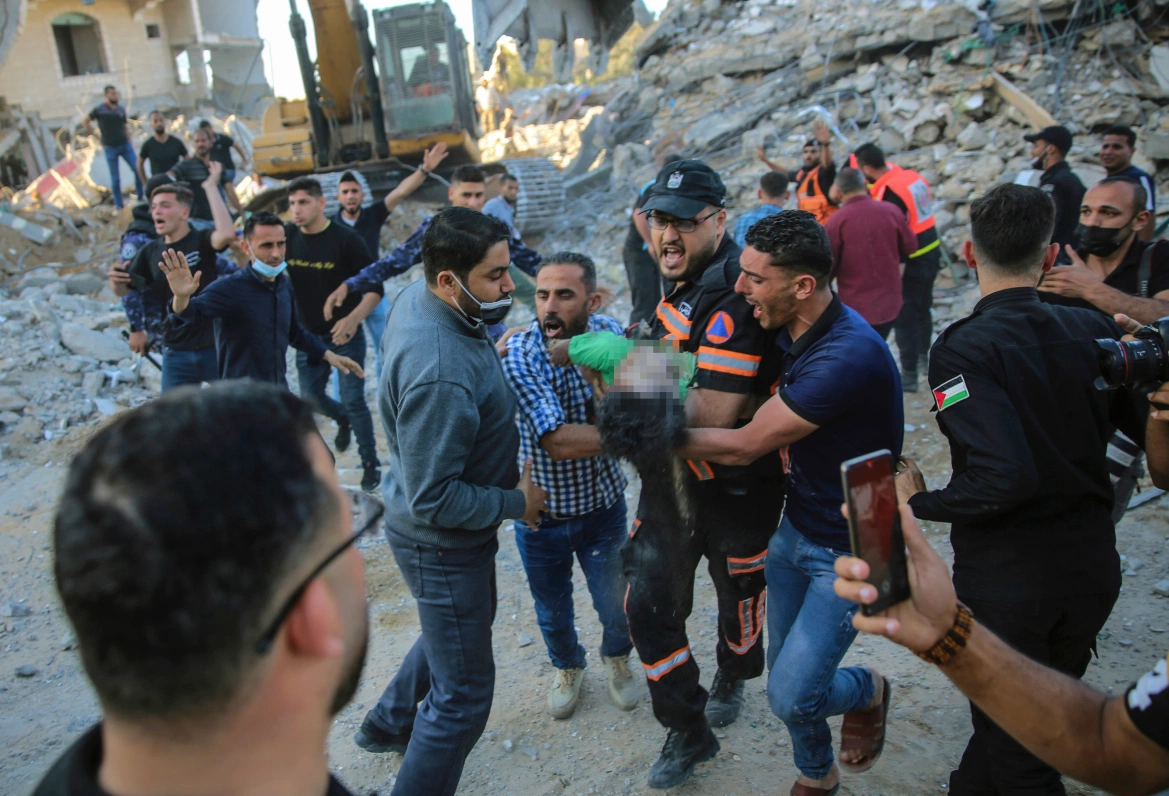 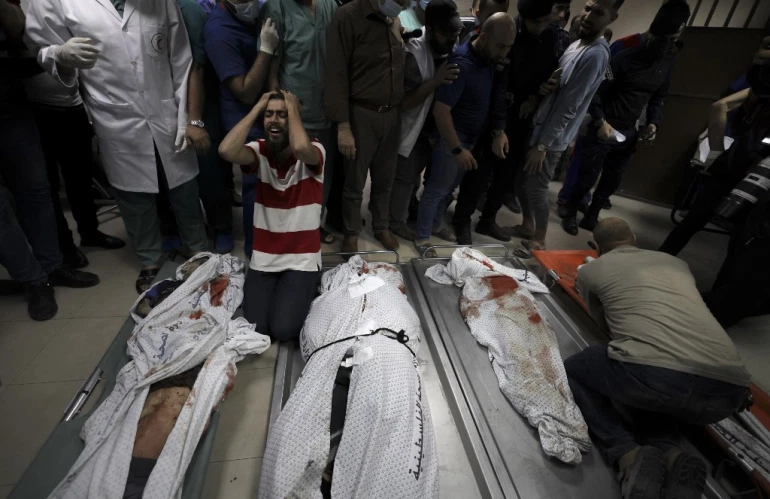 First of all, thanks to those who turned out for yesterday’s banner drop and today’s demonstration at the Capitol covered by Channel 27 News. Demonstrations were held all over the world yesterday and today, even in France where they were prohibited by the Macron government at the last minute.

As I write this, live media coverage out of Gaza by Arabic channels is showing the constant bombardment of Gaza that takes place every night. As you may have heard, Israel destroyed yet another high rise building in Gaza, this time the one that also houses many press agencies including AP. Here is a video of the building owner pleading for just 10 extra minutes.

This was preceded by the destruction of 17 media offices and the wounding of 3 journalists in Gaza. Clearly Israel does not want anyone to know what is really going on.

Israel also destroyed a house in Shati (Beach) Camp and killed 10 members of one family.

And there were many injuries as Palestinians protested across the West Bank. Yesterday, 11 were killed by Israel.

The U.S. media is barely reporting and certainly not showing the extent of the damage and casualties. If you want know the reality including pictures please go to Al Jazeera English and Middle East Eye.

Also, the Palestinian Center for Human Rights (PCHR) in Gaza issues daily reports documenting in excruciating detail the damage, deaths and injuries, including what is happening in the West Bank and to Israel’s Palestinian population.

And for direct, personal experiences and perspectives on life in Gaza be sure to regularly check out We Are Not Numbers.

Action: Four Things Recommended by MRSCP: (from our Op-Ed of today in The Capital Times)

As always, thanks for your support, and remember the people of Palestine, especially Gaza.