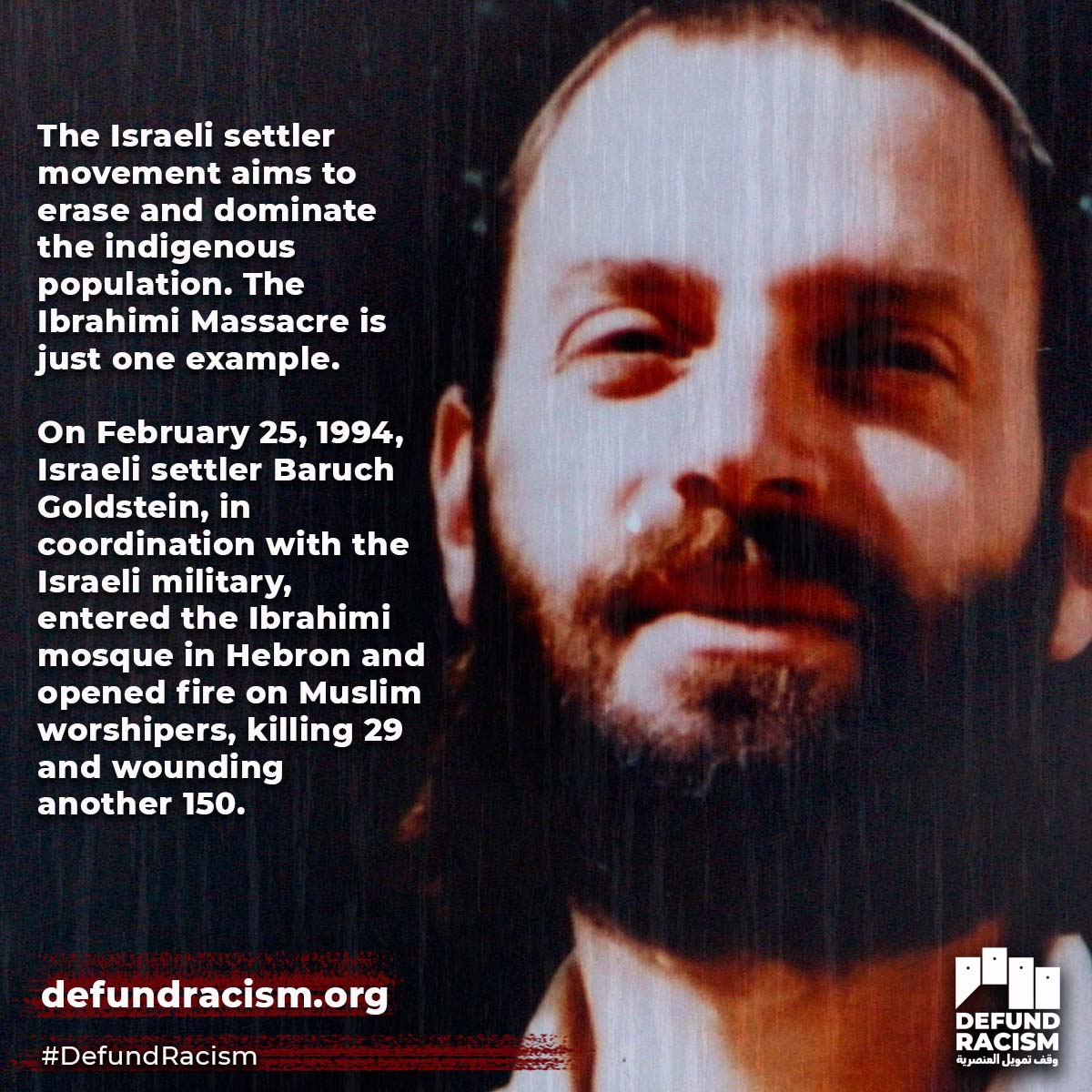 On February 25 Palestinians in Hebron will be mobilizing in protest as we commemorate the 28th anniversary of the Ibrahimi Mosque Massacre, in which an Israeli settler murdered 29 Palestinians and injured over one hundred.

In response to the murder of 29 Palestinians on Feb 25, 1994, Israeli forces increased restrictions on Palestinians’ most basic rights. This cycle of settler violence and oppression is funded in part by the Hebron Fund, a US-based “charity.”

Since 1994, Palestinians have been denied access to Shuhada street, a former major economic hub, while settlements continue to expand around them. These actions are supported by the Hebron Fund. It’s time to revoke its charitable status.

Every day acts of violence are carried out against Palestinians in Hebron. This systemic and perpetual violence is a result of illegal settlements in the city and those who support them, like the Hebron Fund. Raise your voice with ours. 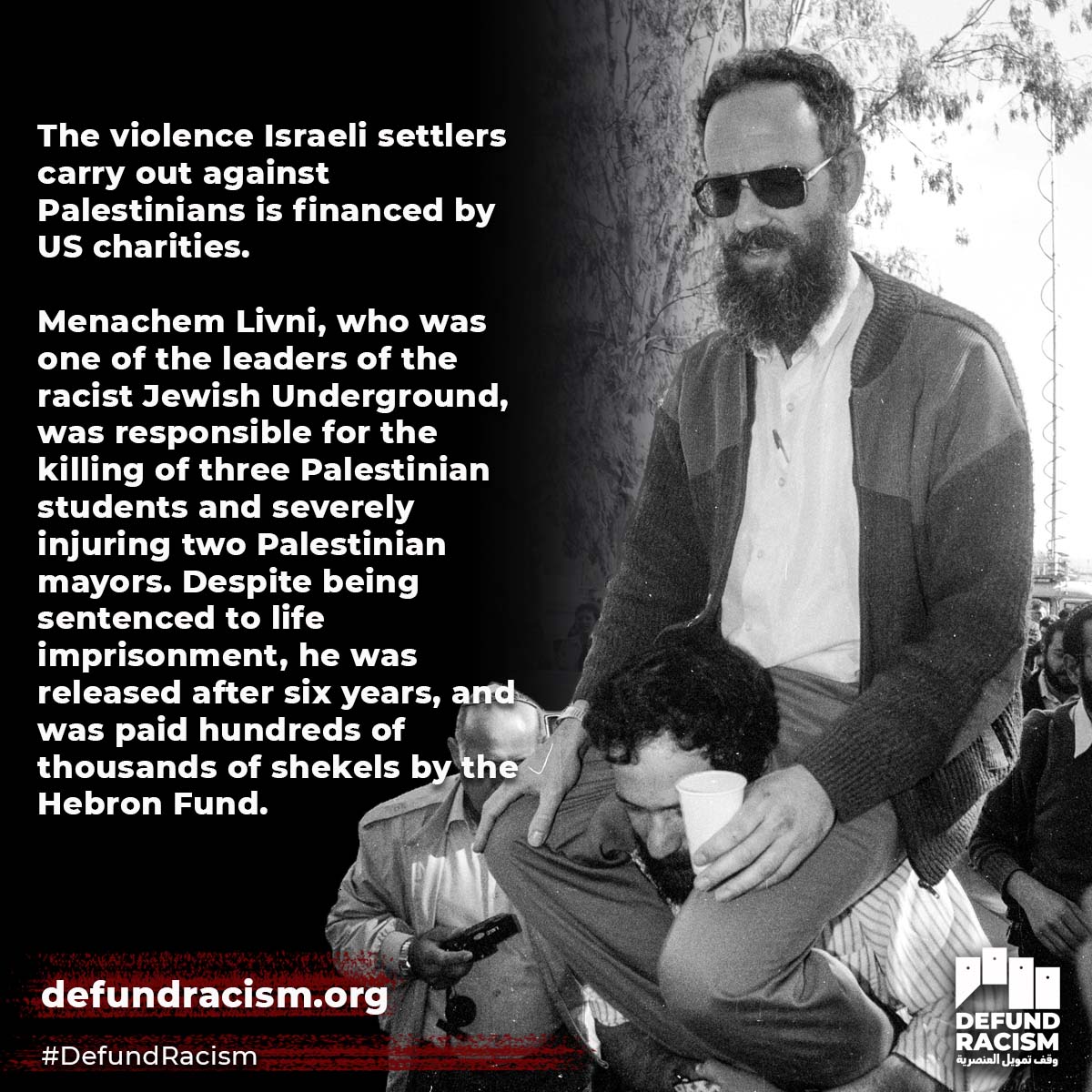 As we remember the victims of the Ibrahimi Mosque massacre, join us to speak out against the Hebron Fund, a group dedicated to the continuation of settler colonialism and the elimination of Indigenous Palestinians from their own lands.

The Israeli settler movement works to dominate and erase indigenous Palestinians. The 1994 Ibrahimi Massacre is just one example. Organizations like The Hebron Fund support ethnic cleansing with “charitable” funds — but we have the power to stop them.

The colonial violence Israeli settlers carry out against Palestinians is financed by US charities like the Hebron Fund. Settler colonialism is not charitable.