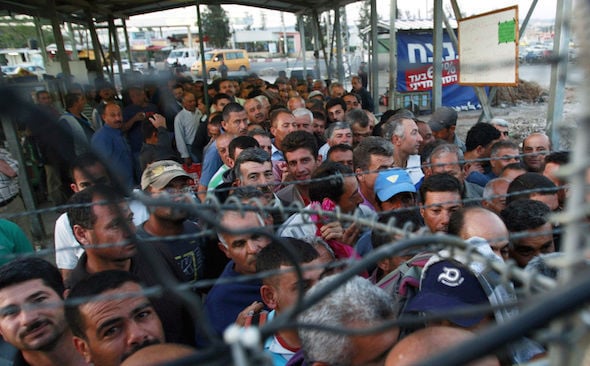 U.S. political, military and financial support makes this possible. Republican and Democratic administrations have given lip service to the establishment of a Palestinian state in the West Bank and Gaza Strip, calling the settlements and occupation “obstacles to peace.” In reality, they envision not two equal states side by side, but disconnected, fragmented and nonviable “Bantustans” for Palestinians under permanent Israeli control.

Meanwhile, the U.S. is underwriting Israel’s abuses of Palestinians and the massive expansion of the Jewish-only settlements that long ago killed the possibility for any two-state solution. U.S. taxpayers already give Israel more than $3 billion in weapons like F-16 (and now F-35) fighter jets, Apache helicopter gunships, Caterpillar bulldozers, the Iron Dome, and more each year. This was before President Obama agreed to give Israel another $38 billion in weapons over the next decade. And before the election of Donald Trump, who has enthusiastically aligned himself with Netanyahu and the most racist and militaristic elements of Israeli society.

As Trump recently — at least temporarily — backed off on his campaign pledge to move the U.S. embassy from Tel Aviv to Jerusalem, Senate Democrats, including progressives Tammy Baldwin and Bernie Sanders, joined Republicans to unanimously call for just that.

While such congressional efforts to make the Israel lobby happy go back many decades, no president has yet chosen to inflame tensions in the region by legitimizing Israel’s East Jerusalem occupation and mistreatment of Palestinians in this way.

Sen. Baldwin actually joined Mitch McConnell in co-sponsoring the resolution, which as U.S. Campaign for Palestinian Rights policy director Josh Ruebner pointed out also “celebrates a half century of Israeli military occupation of East Jerusalem while ignoring Israel’s violations of international law there and its separate-and-unequal regime which discriminates against Palestinian Jerusalemites.”

Rebecca Vilkomerson of Jewish Voice for Peace noted that “Jerusalem could not be more divided, physically, economically, socially and politically,” as Palestinians there face home demolitions, property seizures, collective punishment, and discrimination in residency rights and public resources.

One would think that true progressives would condemn rather than celebrate 50 years of military occupation, mass imprisonment, violent repression, property theft, and expulsions, and call for a just solution based on respect for international law, equality, justice and human rights. Clearly, both Baldwin and Sanders failed that test.

Barbara Olson is a member of the Madison-Rafah Sister City Project.