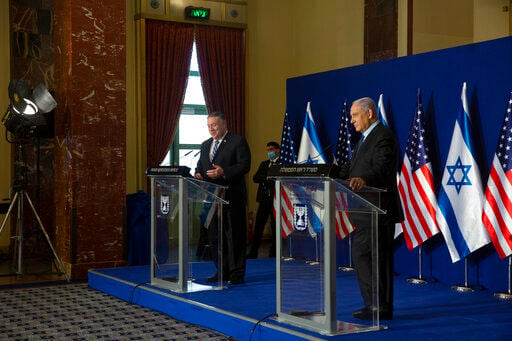 Labelling BDS and other criticism of Israel as anti-Semitic is a cynical move to suppress speech and action critical of Israeli violations of human rights. This is plainly and simply wrong, and indeed dangerous. What happens when actual anti-Semitism does take place? Will it be taken seriously when politicians make up their own contemptuous definitions of genuine hatred of our people?

In 2018, we worked together to try to stop such an effort right here in Wisconsin, where both then-Gov. Walker and the majority of the Wisconsin Legislature — from both parties — succeeded in writing unconstitutional anti-BDS legislation into law.

All who believe in free speech and the right to press governments to end injustices must speak out against yet another authoritarian move from this lame-duck administration. We call upon the incoming Biden administration to firmly reject Trump and Pompeo’s Israel/Palestine policy, including the dangerous BDS-as-anti-Semitism falsehood.

While Pompeo’s last-ditch efforts may make finding a just solution for the decades old Israeli-Palestinian conflict more difficult for President-elect Biden, they don’t make it any less necessary.

Tsela Barr is a member of the Jewish Voice for Peace-Madison Chapter. Jeff Spitzer-Resnick is past-president of Congregation Shaarei Shamayim.