Banksy’s work is now in the Gaza Strip.

The artist, who uses public spaces for his often-provocative murals, posted images that he said were of art he created in the Gaza Strip, along with a two-minute video of life in the Palestinian territory, titled “Make this the year YOU discover a new destination.”

Here are some of the murals, which you can also see on Banksy’s own website.

Banksy writes about this image:

“A local man came up and said ‘Please — what does this mean?’ I explained I wanted to highlight the destruction in Gaza by posting photos on my website — but on the internet people only look at pictures of kittens.” 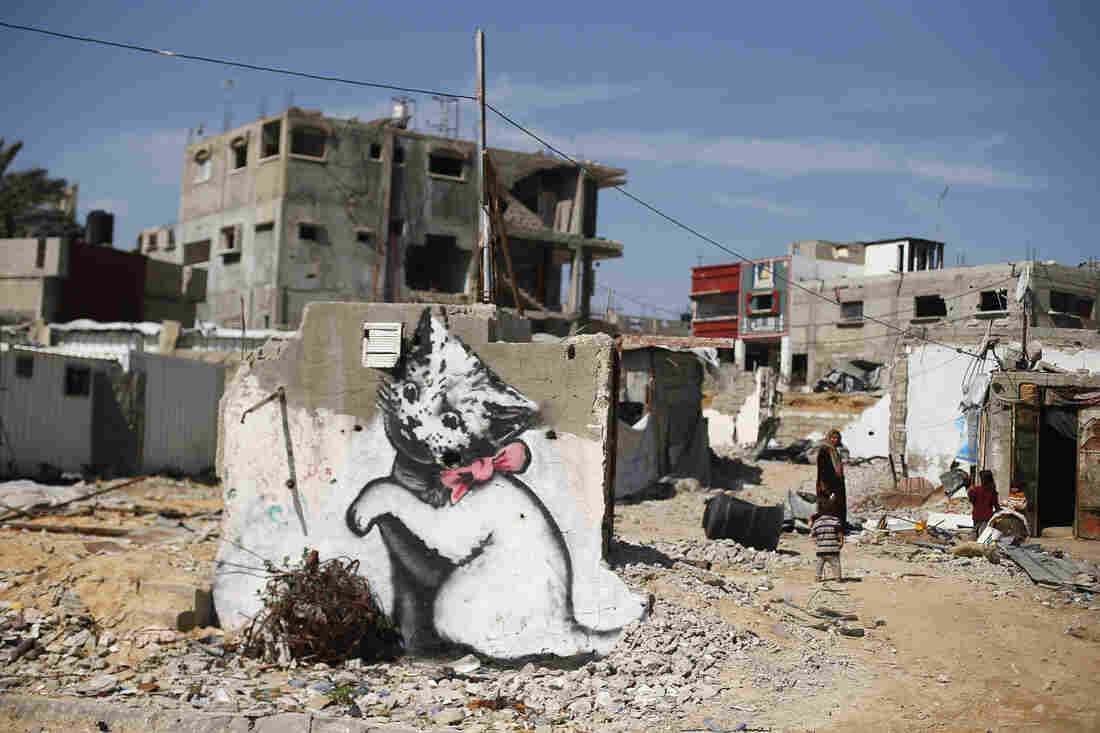 A mural is seen on the remains of a house that witnesses said was destroyed by Israeli shelling during a 50-day war last summer in Beit Hanoun in the northern Gaza Strip. Suhaib Salem/Reuters/Landov

And on his website, he writes about the mural below: “Gaza is often described as ‘the world’s largest open air prison’ because no-one is allowed to enter or leave. But that seems a bit unfair to prisons — they don’t have their electricity and drinking water cut off randomly almost every day.” 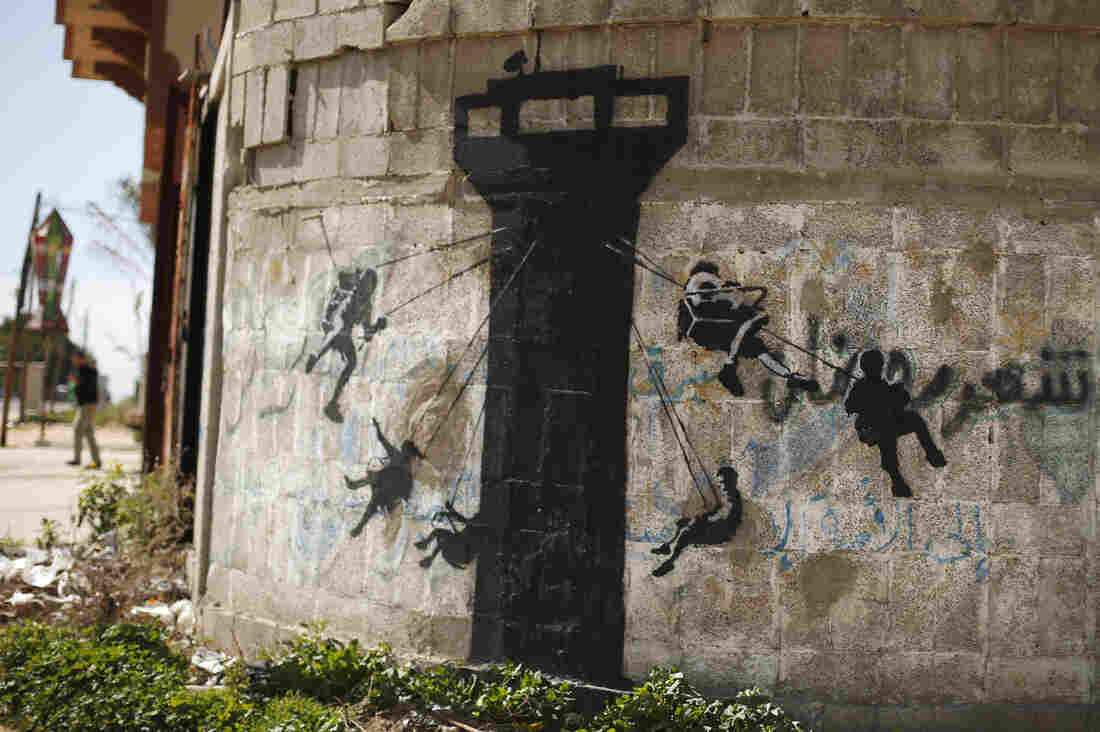 A mural on a wall in Beit Hanoun. Suhaib Salem/Reuters/Landov

Banksy is known for his political art that is often provocative. And these images, and the video below, are likely to have supporters as well as detractors given that they deal with the impact last year’s fighting between Hamas, which runs Gaza, and Israel had on the territory.

The two-minute video has a line that reads: “If we wash our hands of the conflict between the powerful and the powerless we side with the powerful — we don’t remain neutral.”

The artist also posted one of the murals in Gaza on Instagram:

A publicist for the artist, whose identity is not known, released a statement to The New York Times that said:

“I don’t want to take sides. But when you see entire suburban neighborhoods reduced to rubble with no hope of a future — what you’re really looking at is a vast outdoor recruitment center for terrorists. And we should probably address this for all our sakes.”

Banksy’s work has previously appeared in the West Bank and other parts of the world, including his native U.K. In 2010, the artist worked on the opening sequence for The Simpsons that featured an Asian sweatshop.