Backlash to the ice-cream maker’s decision to distinguish between Israel and the territories it occupies has shown that, for many Israelis, the distinction no longer exists. 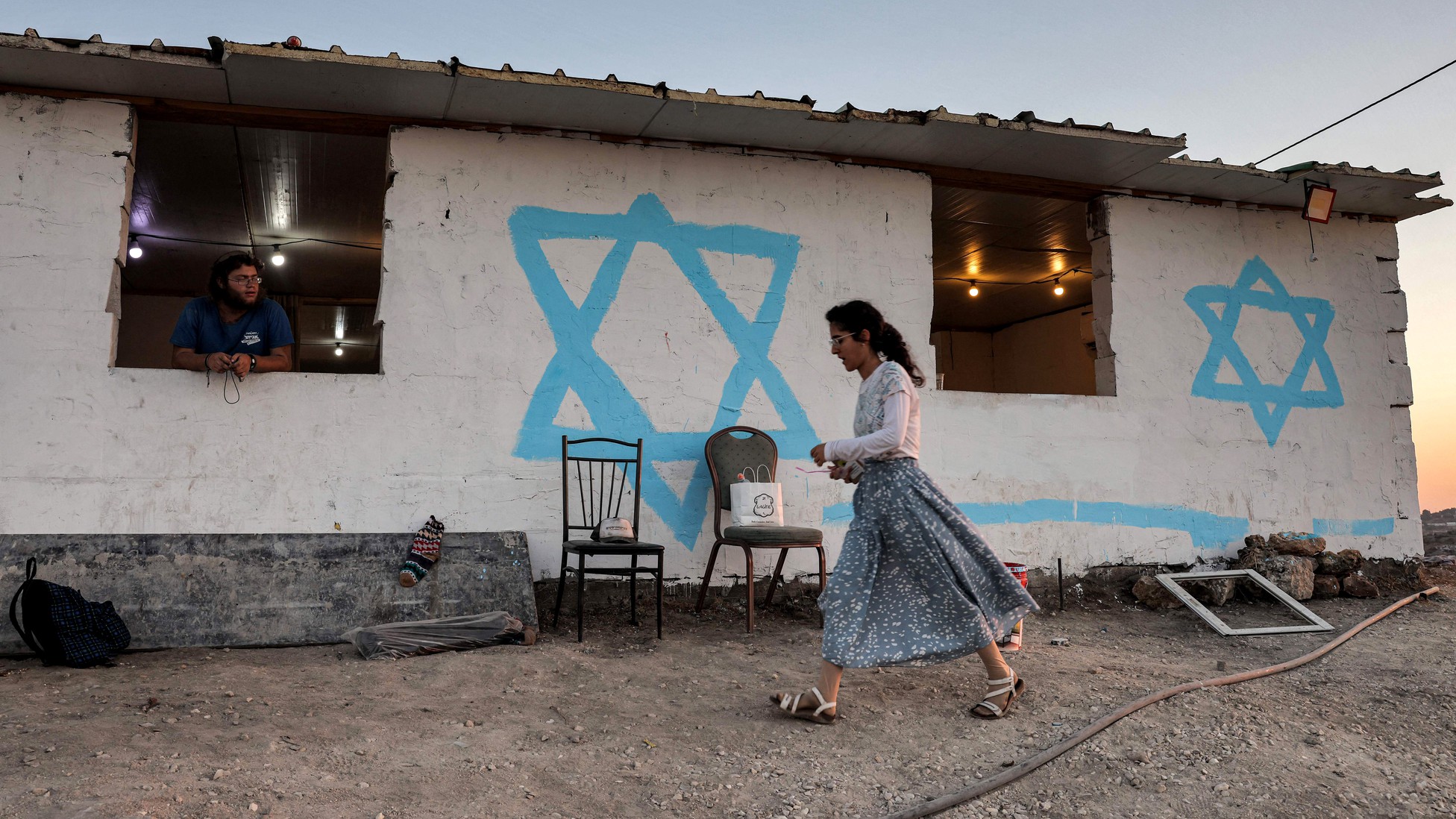 No company does progressive politics quite like Ben & Jerry’s. The Vermont-based ice-cream maker has a reputation for corporate activism, owing to its support for a wide array of left-wing causes, including marriage equality, Occupy Wall Street, and Black Lives Matter. But when the company announced this week that it will no longer sell its products in the Israeli-occupied Palestinian territories, it faced an outcome that every ice-cream maker fears most: a meltdown.

The matter of Israel’s settlements, which the international community regards as illegal under international law but which the Trump administration said will need to be resolved through a political and not a judicial process, has long been a thorny issue in Israel. (The Biden administration has yet to articulate its own policy on this.) When it comes to ice cream, though, the country’s notoriously fractious political sphere is virtually unanimous. Israel’s right-wing prime minister, Naftali Bennett, said that Ben & Jerry’s has decided to brand itself as an “anti-Israel ice cream.” His centrist coalition partner, Yair Lapid, called the move a “shameful surrender to anti-Semitism.” Israeli President Isaac Herzog of the center-left, who once committed to removing Israeli settlements in the West Bank, called Ben & Jerry’s decision to shun them “a new kind of terrorism.” The newly minted opposition leader, Benjamin Netanyahu, suggested that Israelis should boycott the brand. One centrist cabinet minister dutifully posted a TikTok of herself chucking a pint of what looked like Dulce de Leche into the trash.

That an ice-cream maker could cause such an uproar at the highest levels of Israeli politics says a lot about how sensitive Israel is to the very notion of boycotts against it—even those that, like Ben & Jerry’s, are limited in scope. More fundamentally, the dustup reveals a growing divergence between how the world sees Israel and how the country sees itself. While the international community, including the United States, continues to distinguish between Israel and the territories it occupies, the reaction to the Ben & Jerry’s decision has shown that, as far as many Israeli politicians are concerned, that distinction no longer exists.

On its face, Ben & Jerry’s move to end its business in the occupied territories, which the company described as being inconsistent with its values, poses an arguably negligible problem for Israel from a practical standpoint—one that would affect, at most, the roughly 6 percent of the population living in one of the country’s sprawling settlements in the West Bank and East Jerusalem, both of which have been under Israeli control since 1967. Ben & Jerry’s has said that it will continue to sell its products in Israel itself. Both Ben & Jerry’s and its parent company, Unilever, declined to comment further, but the implications of the move are clear: While Israeli citizens living in settlements such as Ariel and ​​Ma’ale Adumim may no longer be able to buy Chunky Monkey in their local supermarket, they can find it nearby. (The same cannot be said for Palestinians in the West Bank, who are not afforded the same right to freedom of movement.)

In other words, Ben & Jerry’s decision “has no material impact on Israel whatsoever,” Dahlia Scheindlin, an Israel-based pollster and political strategist, told me. But it does have a political one—and, to the Israelis who feel the need to defend their sovereignty, an existential one. By ending its business in the occupied territories, the company has effectively refused to profit from or legitimize the status quo in the region, a status quo that Israel is deeply invested in protecting. It has also made clear that it will recognize Israel only within its democratic borders. “It’s all symbolic,” Scheindlin said, “but symbolism is huge.”

Why does Israel care about what an American ice-cream brand thinks of its policies? When I put this question to Scheindlin, she told me that for many Israelis, criticism of Israeli policy is often conflated with an existential threat to Israel itself. To hear many Israeli politicians tell it, “criticism from abroad of our policies is anti-Israel, it’s anti-Zionist, and it’s anti-Jewish, or anti-Semitic,” Scheindlin said. “And that’s really the narrative that we’ve been hearing.” There is also the fear that what started with Ben & Jerry’s might not end there; once one company boycotts Israeli settlements, what’s to stop others from joining it?

Not all Israelis subscribe to this view, of course. Those on the left, including members of the Meretz Party, have defended Ben & Jerry’s. But these voices have largely been drowned out by the uproar of the majority.

Read: ​​Why an effort to thwart some boycotts of Israel fails the free-speech test

Not doing business in the settlements isn’t a new concept. Indeed, much of the Zionist left—including Meretz, the left-wing advocacy group Peace Now, and the prominent American Jewish commentator Peter Beinart—have advocated settlement boycotts for years. Activists within the Palestinian-led Boycott, Divestment, and Sanctions (BDS) movement, which calls on countries and organizations to sever financial ties with Israel as a means of applying economic and political pressure on the country to end its occupation, have been doing so for even longer. (Unlike BDS, which targets Israel writ large, Ben & Jerry’s decision was limited in scope—a distinction that meant little to the Israeli and U.S. officials who erroneously conflated them. Although the BDS movement welcomed the news, it would have preferred that Ben & Jerry’s end its operations in all of Israel, not just the occupied territories.)

Relatively few international corporations have actually followed through with the BDS call, however, which is why when one as high-profile as Ben & Jerry’s finally did, following pressure from pro-Palestinian activists, it led to such an uproar. (A notable exception is McDonald’s Israel, whose chief executive, Omri Paden, an Israeli citizen and a founding member of Peace Now, refused to open any branches in the West Bank.) But Israel’s reaction speaks to more than just its particular sensitivity to outside criticism. Not long ago, Israeli politicians would openly say that the country’s settlement policy threatened its long-term security, as well as its prospects for peace with its neighbors. But under the leadership of the country’s recently deposed prime minister, Netanyahu, those voices became quieter as the Israeli government went to great lengths to normalize the occupation and expand the country’s settlement enterprise.

Netanyahu is no longer in power, but the fact that lawmakers across the political spectrum are united on this issue is a feat in itself, given the fractious nature of Israeli politics. “It really is very much a reflection that the Israeli consensus is that there is no ‘green line,’ there is no occupation, there is no occupied territory,” Mairav Zonszein, a senior analyst on Israel and Palestine at the International Crisis Group, told me. “There’s just one big lump of land that is under Israeli sovereignty, and not doing business in any part of it is somehow anti-Semitic or anti-Israel.”

Read: A new word is defining the Israeli-Palestinian conflict in Washington

Regardless of whether Ben & Jerry’s sticks with its decision (or whether it succumbs to pressure to reverse course, as has happened with other companies), it has already revealed the extent to which Israeli leaders across the political spectrum support the de facto, if not de jure, annexation of the occupied territories by Israel. Despite Israel’s new government of change, much remains fundamentally the same.

“The right to the left all kind of agree that the facts on the ground are what they are,” Zonszein said, “and they’re not planning on changing.”

Yasmeen Serhan is a London-based staff writer at The Atlantic.