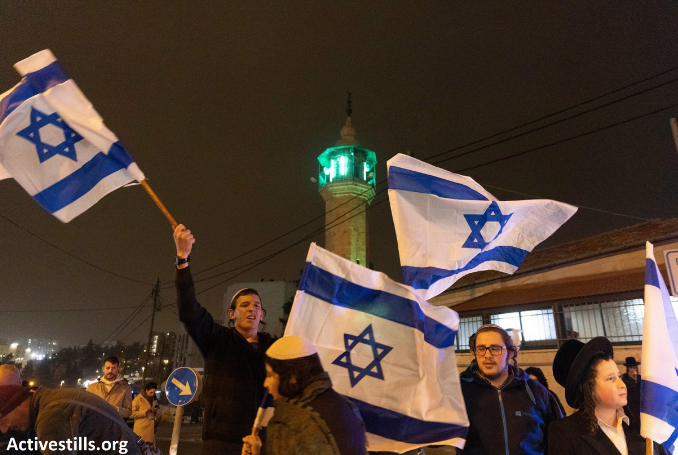 The rabbis called on the $2.4 billion Jewish Communal Fund (JCF) to cease funding to the Central Fund of Israel (CFI), part of a network that funnels donations to Lehava and other violent Israeli groups.

The JCF receives thousands of donations a year and distributes funding according to donor recommendations – including $23 million in “general support donations” to CFI.

During Ramadan in 2021, the extremist group Lehava organized a march through occupied Jerusalem where hundreds chanted “Death to Arabs”, “their villages will burn”, and wounded more than 100 Palestinians without intervention from the Israeli police.

“Lehava, which bases itself in the genocidal philosophy of Meir Kahane, is known for violence against both Palestinians and Israeli Jewish progressive activists,” said the letter from the rabbis, most of whom come from largely progressive Jewish denominations, according to the JTA.

The KKK-like Lehava & attendant hooligans, including Bezalel Smotrich's Religious Zionism party, which sits in the Knesset, want to have their "Death to Arabs" march again on Thursday. pic.twitter.com/k0hiABg55k

Lehava – a Hebrew acronym that stands for the Prevention of Assimilation in the Holy Land – was founded by followers of the banned Kach movement, a racist group designated as a terrorist organization in Israel, the US and the EU.

The letter was published in response to an escalation in violence against Palestinians in the occupied West Bank and Jerusalem, and fears that Ramadan may bring a repeat of Israel’s assault on the besieged Gaza Strip last year, in which more than 250 Palestinians were killed.