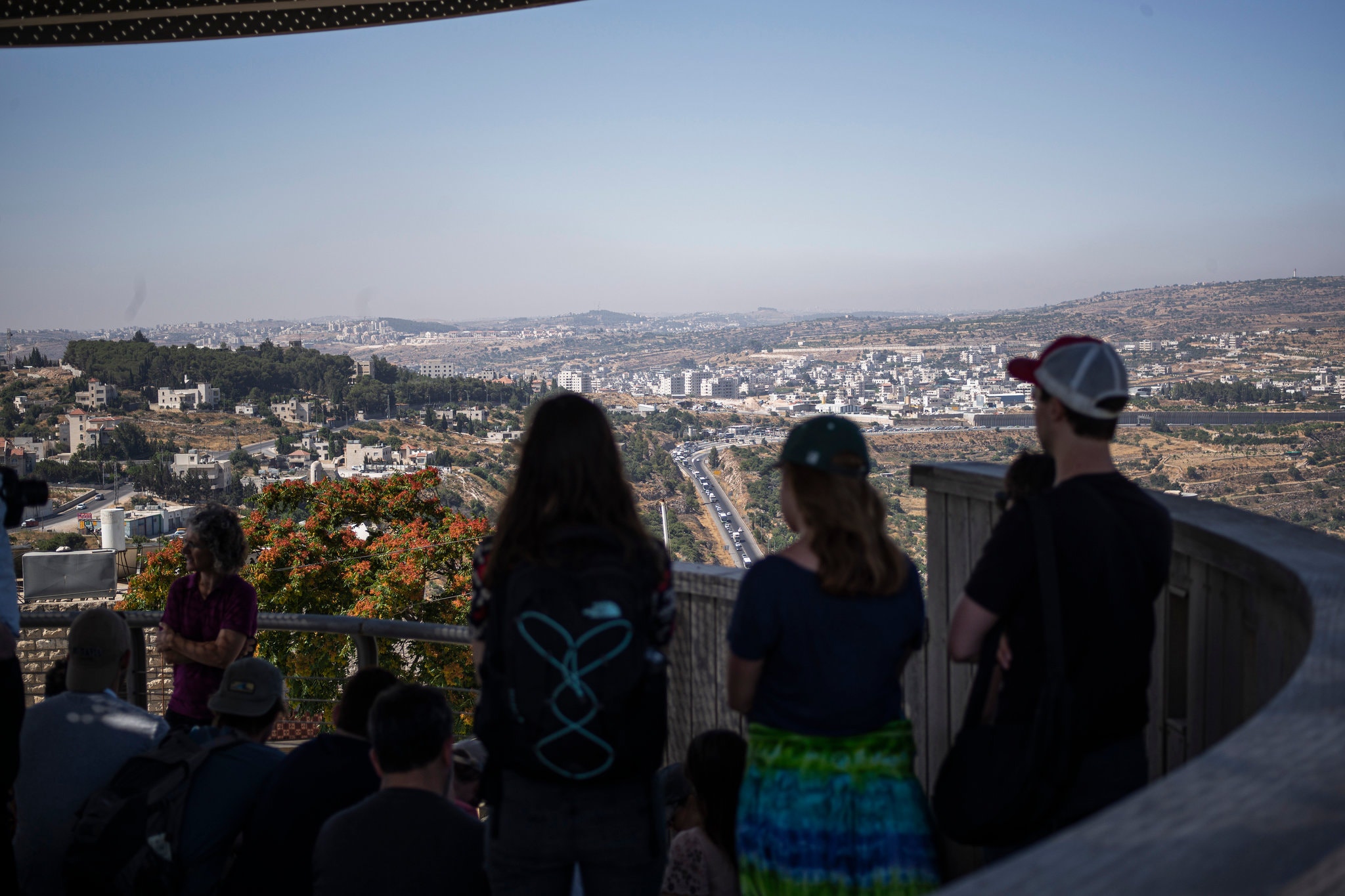 PSAGOT, West Bank — The fun was over before the tour bus rolled into Har Gilo.

For the past week, 28 college students from the United States had been taking part in a traveling experiment billed as an alternative to Birthright Israel, whose free trips to the country have become a rite of passage for hundreds of thousands of young American Jews.

Birthright’s avoidance of the Israeli occupation of the West Bank has made it the target of angry protests by left-leaning Jewish activists. But for sheer ambition, no critique has approached this week’s attempt by the liberal lobbying group J Street to map out an alternative route for Birthright’s tours.

The organizers said they embraced Birthright’s goal of helping young American Jews connect with Israel and with their Jewishness, but that they also needed to be exposed to the realities of the occupation.

On Sunday, after several upbeat days hiking in the Galilee, learning about the kibbutz movement and bonding over buffets and Israeli pop songs, the J Street cohort took a sharp left turn into territory where Birthright does not go.

In the West Bank settlement of Har Gilo, they received a harsh history lesson from a veteran opponent of the occupation. Then they toured an impoverished, water-starved Palestinian village that Israeli settlers want to demolish, and visited the city of Hebron, where repeated outbreaks of violence have turned an entire Palestinian business district into a ghost town.

Adam DeSchriver, 21, a clarinet student at the Eastman School of Music in Rochester, N.Y., said he had been wowed on the trip’s first few days by the “renaissance of Hebrew culture” he discovered in Israel.

“What breaks my heart,” he said after Sunday’s eye-opening itinerary, “is seeing it at the expense of others.”