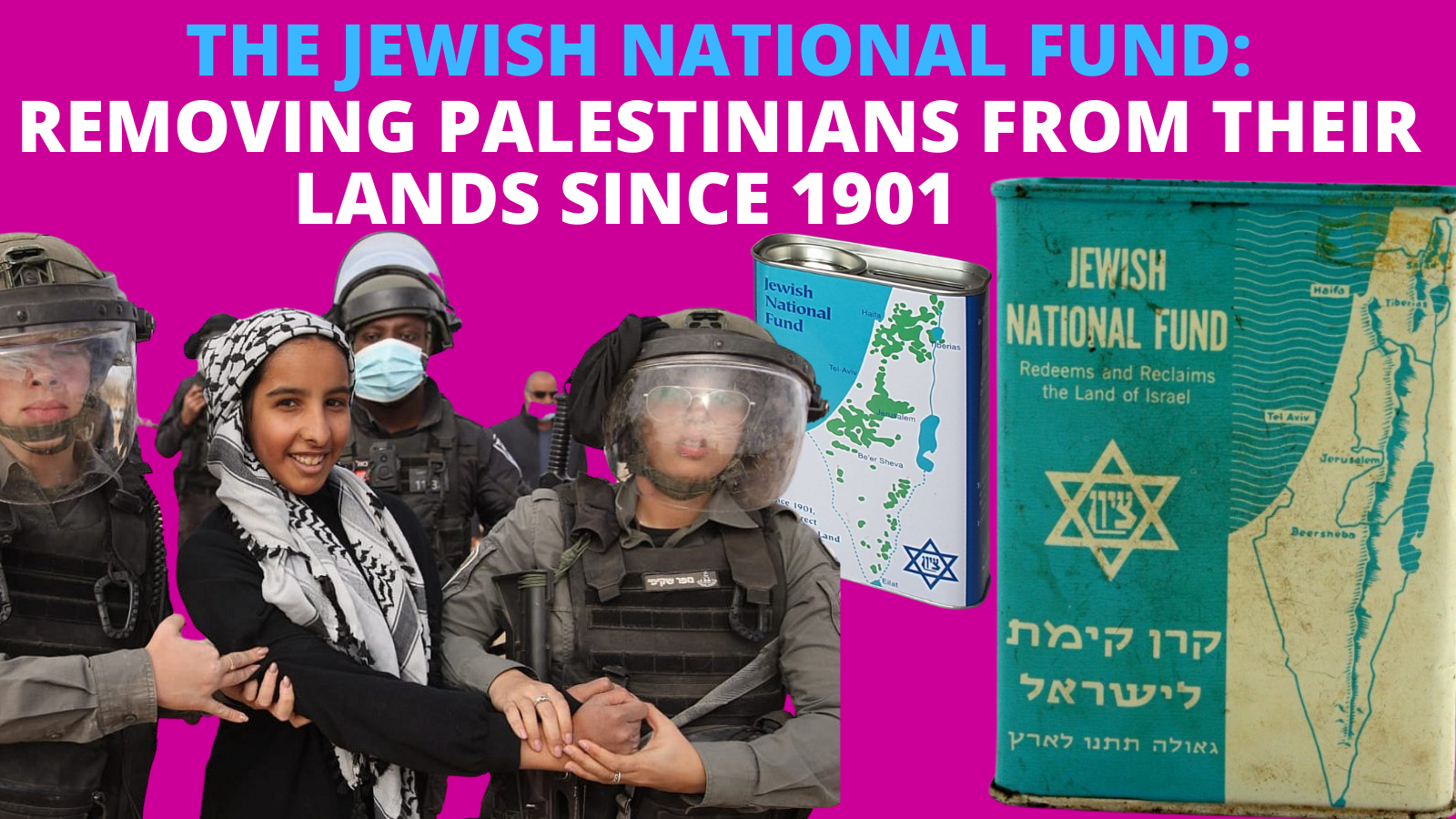 After the war of 1948, or Nakba (catastrophe), as Palestinians refer to it, the JNF planted pine trees on the ruins of destroyed Palestinian villages to prevent Palestinian refugees from returning to their homes. From its earliest days, the JNF, registered as a 501(c)(3) charitable organization, raised money abroad with its “Blue Box” campaign. In 2018 alone, it raised $72 million.

After Israel occupied East Jerusalem in 1967, the JNF, through its subsidiary, Hemnutah, assisted in seizing Palestinian properties that had belonged to Jews before 1948. One example is the purchasing of properties in the East Jerusalem neighborhoods of Sheikh Jarrah and Silwan where Palestinian families were resettled after being displaced from their West Jerusalem homes in 1948.

In the Southern Israel Negev/Naqab desert, the Israeli government has been working overtime to evict Palestinian Bedouin communities who are citizens of Israel. The village of al Araqeeb has been destroyed more than 100 times because it’s located on Bedouin agricultural lands, where the JNF is now carrying out its afforestation/ethnic cleansing project.

Throughout January 2021, Palestinian Bedouins, about a third of them children, have been arrested protesting the JNF’s afforestation/ethnic cleansing project. They need your help.

Please use your position as Secretary of State to pressure Israel and the Jewish National Fund to cease their afforestation project in the Negev/Naqab and other efforts to displace Palestinians from their homes and lands.