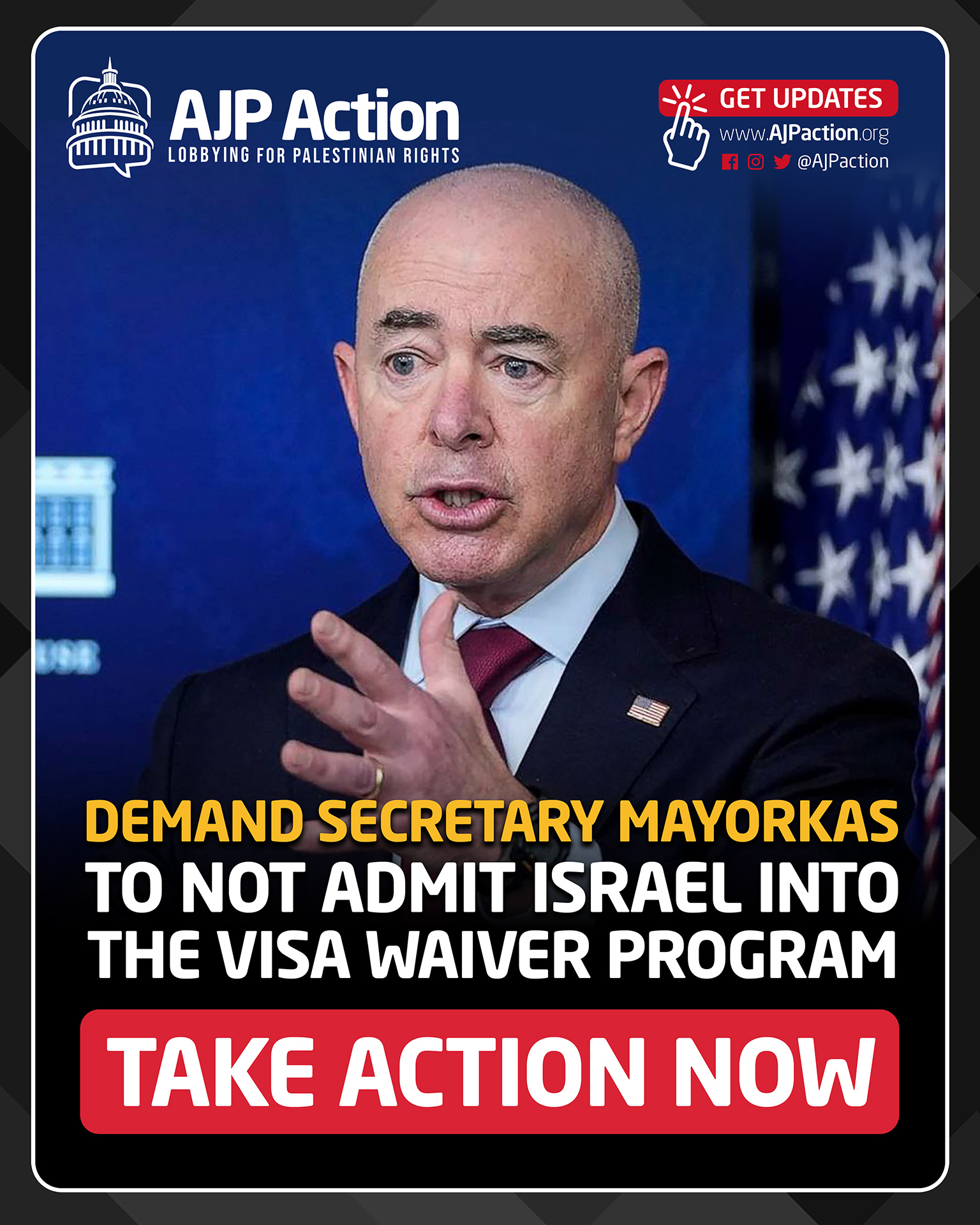 The United States cannot grant them a free pass

The Department of Homeland Security (DHS) has announced it will begin the process to admit Israel to the U.S. Visa Waiver Program (VWP). The VWP is administered by the DHS and allows nationals of specific countries to travel to the U.S. for tourism, business, or while in transit for up to 90 days without having to obtain a U.S. visa.

One of the core principles of the Visa Waiver Program is “visa reciprocity,” meaning that Israel must provide the same benefit to ALL U.S. citizens without discrimination. However, there is ample evidence that Israel engages in discrimination against Americans of certain ethnic and religious backgrounds, including discrimination as a matter of stated policy against Palestinian-American citizens who hold residency status in Palestine.

Admitting Israel into the program wouldn’t just violate the program’s reciprocity requirements, but would inexcusably signal this administration’s approval of Israel’s policy of systemic discrimination against American citizens of Arab and Muslim backgrounds, effectively treating them like second-class citizens who are not entitled to the protection or concern of their own government.

Even the U.S. State Department, in its own words, notes that “some U.S. citizens of Arab or Muslim heritage (including Palestinian-Americans) have experienced significant difficulties and unequal and occasionally hostile treatment at Israel’s borders and checkpoints.” This included Israel’s indefensible denial of entry for two sitting members of the US Congress, Rashida Tlaib and Ilhan Omar, because of their opposition to Israel’s discriminatory policies targeting Palestinians and denying them their basic human rights.

Just a few weeks after the Israeli military killed Shireen Abu Akleh, with absolutely no accountability for this crime, the U.S. should not be rewarding Israel by affording it the special privilege of bypassing the Visa Waiver Program requirements while it mistreats and abuses U.S. citizens.

Contact the Secretary of Homeland Security, Alejandro Mayorkas now – the United States should not provide an exception for Israel to join the Visa Waiver Program while continuing to discriminate against Palestinian Americans.