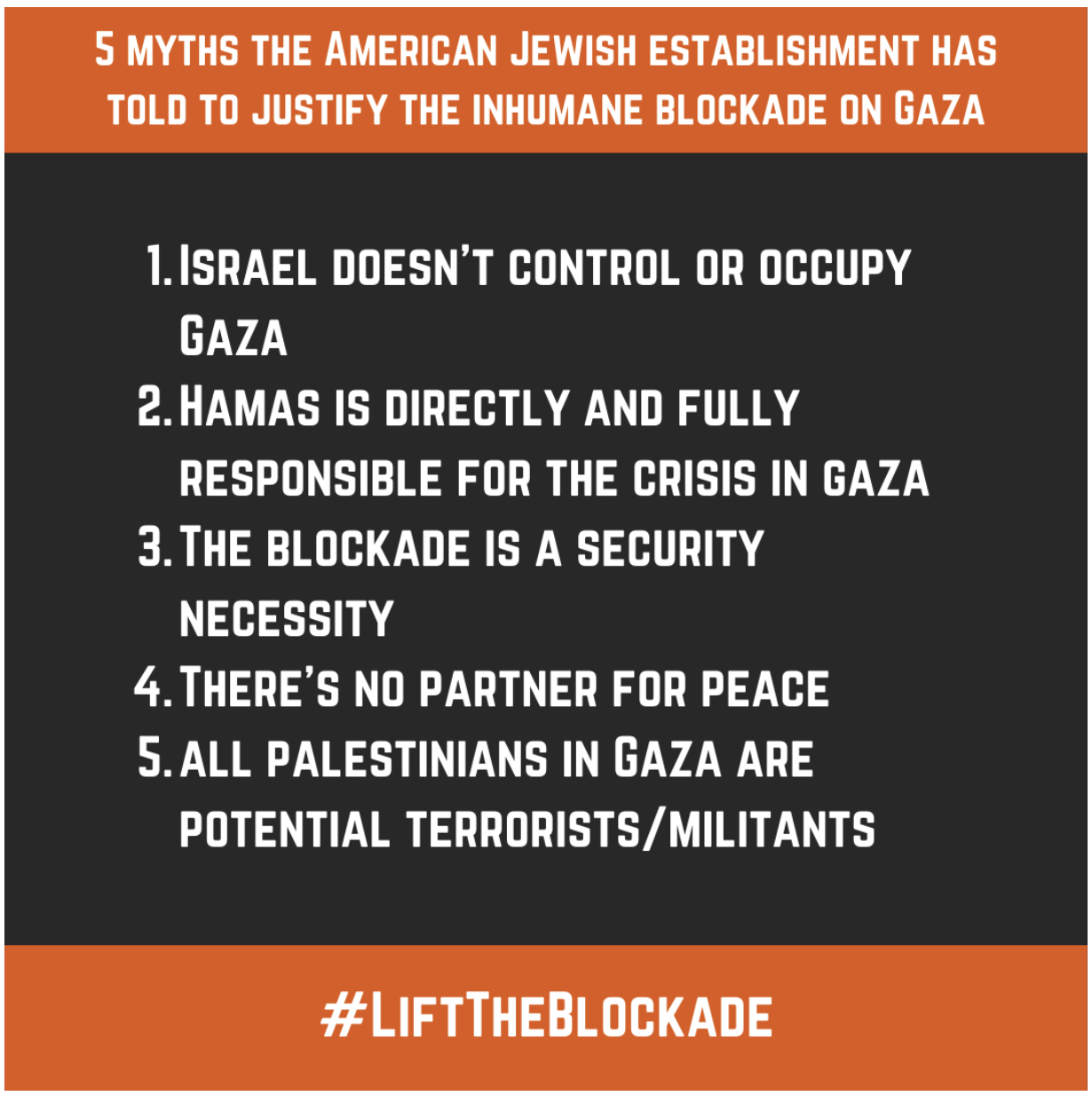 Since the Coronavirus crisis began, IfNotNow has focused most of our movement’s resources on supporting the millions of Palestinian people trapped in Gaza, a densely populated strip of land that Israel’s military blockade has turned into an open air prison. Together, we gathered 13,000 signatures on a petition demanding the Israeli government lift the blockade and act to protect Gaza. And we have raised over $15,000 to provide direct medical aid to Gaza.

We did all this because the Israeli blockade — combined with Israel’s regular military assaults — have weakened Gaza’s public health system, and we know that an outbreak in Gaza would have devastating consequences.

We also know that the American Jewish establishment have defended and justified the Israeli military blockade of Gaza since it began 13 years ago. The myths they have created and perpetuated have paved the way to a complete dehumanization of the millions of people living in Gaza and a failure to put forward any serious political solutions to this crisis.

So this week, IfNotNow is organizing a digital education campaign around the 5 myths that the American Jewish establishment uses to justify the Israeli military blockade on Gaza. We’re going to explore not just the inaccuracies of these myths, but also the harm they’ve done to Palestinians.

Each day we will be debunking one new myth, each of which will be all too familiar to people who follow the news or have formal Jewish education.

We’ve been countering these myths and holding our community to account for perpetuating them since our founding, during the War on Gaza in summer 2014. And we have successfully shifted the conversation towards one that prioritizes freedom and dignity for all Palestinians and Israelis rather than endless occupation.

However, there is so much more to be done. And we’re hoping this digital education campaign can help get us there.

Here are two ways you can help make this campaign successful this week:

• Join our movement for the long haul: In the coming weeks, organizers from our movement will be having hundreds of 1-on-1 conversations with people just like you, who support our movement but never found the right opportunity to get more involved. Sign up for a 1-on-1 or an orientation workshop here.

Together, we can educate our community and grow the movement.

Let’s do this,
Yonah Lieberman
IfNotNow