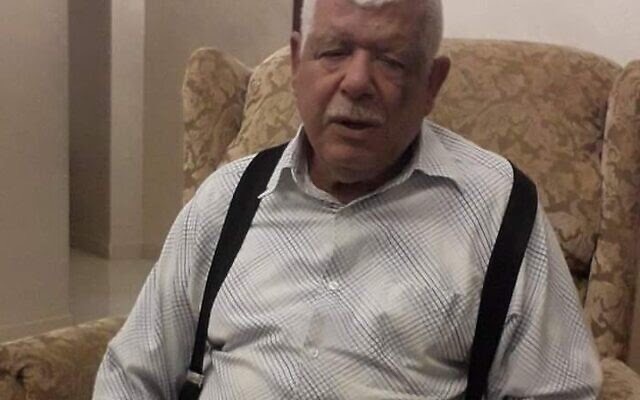 The Madison-Rafah Sister City Project is deeply saddened and outraged by the death of US citizen Omar Abdulmajeed As’ad at the hands of Israeli soldiers.

Mr. As’ad was a Palestinian-American businessman who spent four decades of his life in Milwaukee before retiring with his wife to the Palestinian village of Jiljilya, near Ramallah in the Israeli-occupied West Bank.

He was stopped by Israeli solders in the early hours of the morning as he was driving home after visiting family on January 12. According to eyewitness reports, the soldiers forced him from his vehicle, blindfolded, handcuffed and beat him, then dragged him to a nearby construction site where they left him lying face down on the ground in the cold. Mr As’ad, an elderly man who suffered from heart problems, was clearly not a threat to anyone, was never under arrest and had not been accused of any crime.

We send our condolences to Mr.As’ad’s family in the Milwaukee area and in Palestine. Because Israel has repeatedly shown that it is incapable of investigating itself, we call on the US State Department to conduct its own thorough and public investigation into his death, including interviewing the witnesses, in order to ensure some small measure of justice for Mr. As’ad and his family.

U.S. Senator Tammy Baldwin has issued a mild statement of concern in this case, as has Rep. Gwen Moore of Milwaukee. We urge them not to stop there but to vigorously pursue this case. We realize that the treatment afforded to Mr. As’ad by Israeli soldiers is no more worthy of condemnation than that routinely handed out to ordinary Palestinians (see for example the recent case of elder Haj Suleiman, who the IDF left fighting for his life and who has now died). Yet our government should have a special responsibility to protect its own citizens regardless of their ethnicity. We urge them to fulfill it.