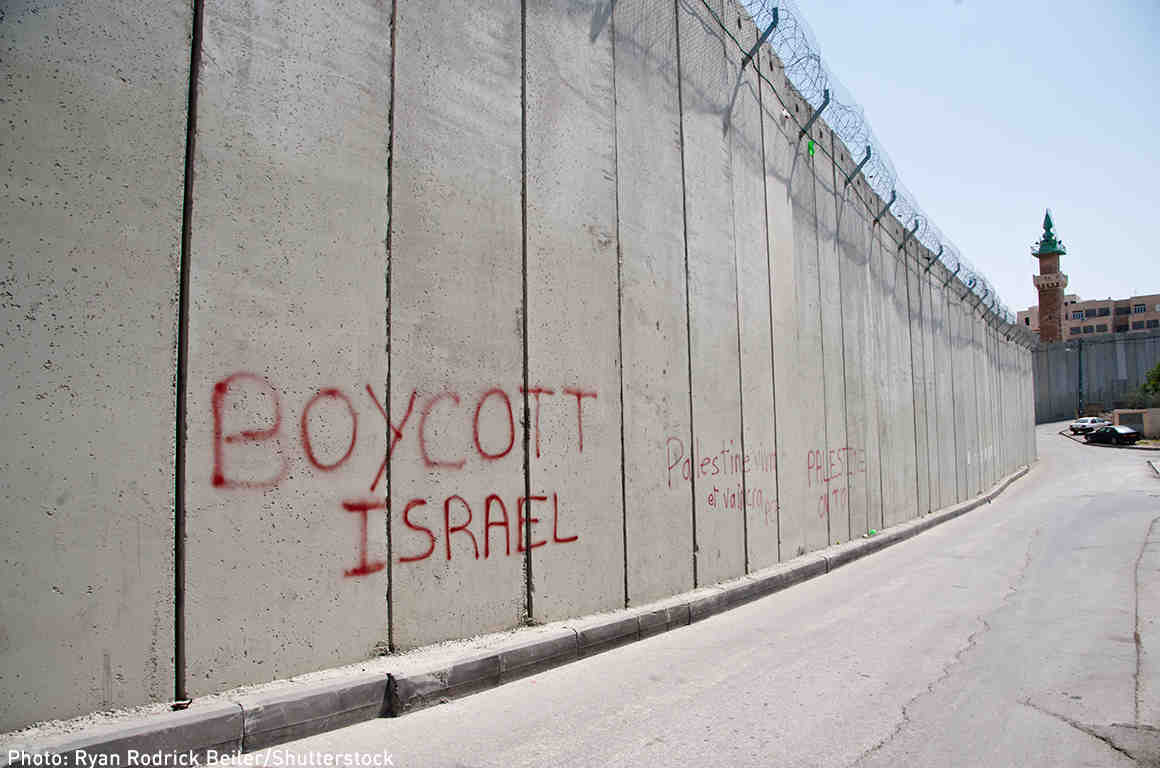 Kansas officials are scheduled to appear in court tomorrow to defend a state law designed to suppress boycotts of Israel. There’s just one problem: The state quite literally has no defense for the law’s First Amendment violations.

The ACLU filed a lawsuit in October against a law requiring anyone contracting with the state to sign a statement affirming that they don’t boycott Israel or its settlements. We represent Esther Koontz, a math teacher who was hired by the state to train other teachers. Together with members of her Mennonite church, Esther boycotts Israel to protest its treatment of Palestinians. After she explained that she could not in good conscience sign the statement, the state refused to let her participate in the training program.

The law violates the First Amendment, which protects the right to participate in political boycotts. That right was affirmed by the Supreme Court in 1982, when it ruled that an NAACP boycott of white-owned businesses in Mississippi during the civil rights movement was a protected form of free expression and free association. But despite long-held consensus around the right to boycott, we were still pretty surprised when Kansas didn’t even try to argue the law is constitutional.

We asked for a preliminary injunction, which would immediately halt enforcement of the law and allow Esther to do the job she was hired for. In its response brief, Kansas doesn’t mention the First Amendment even once, even though the entire case turns on the myriad ways the law violates First Amendment rights. Instead, the government relies on a couple half-baked procedural arguments in an attempt to convince the court to leave the law in place for now.

First, Kansas argues that a preliminary injunction isn’t necessary because Esther could always receive monetary damages at the end of the lawsuit, should she win. But courts have long recognized that the government can’t use money damages to buy off the loss of First Amendment rights.

The government’s other argument is that the Kansas secretary of administration would have given Esther a waiver, had she sought one, exempting her from the requirement to refrain from boycotting Israel. But the government can’t neutralize legal challenges to blatantly unconstitutional laws by making one-off exceptions for the people who happen to file lawsuits. Even if Esther could have gotten a waiver, that wouldn’t help other Kansans affected by the law.

The Kansas law isn’t an aberration. Some two dozen states have laws or executive orders on the books designed to chill boycotts of Israel. (Two such executive orders, in Maryland and Wisconsin, were issued just this past October.) A similar law in Texas came under scrutiny when a municipality interpreted it to condition hurricane relief on a commitment not to boycott Israel. A separate federal bill threatens heavy sanctions against people who participate in certain international boycott campaigns against the country.

These laws share a common goal of silencing one side of an important political debate about a decades-old conflict. They simply can’t be squared with the right to free political expression. That must be why Kansas didn’t even bother trying.