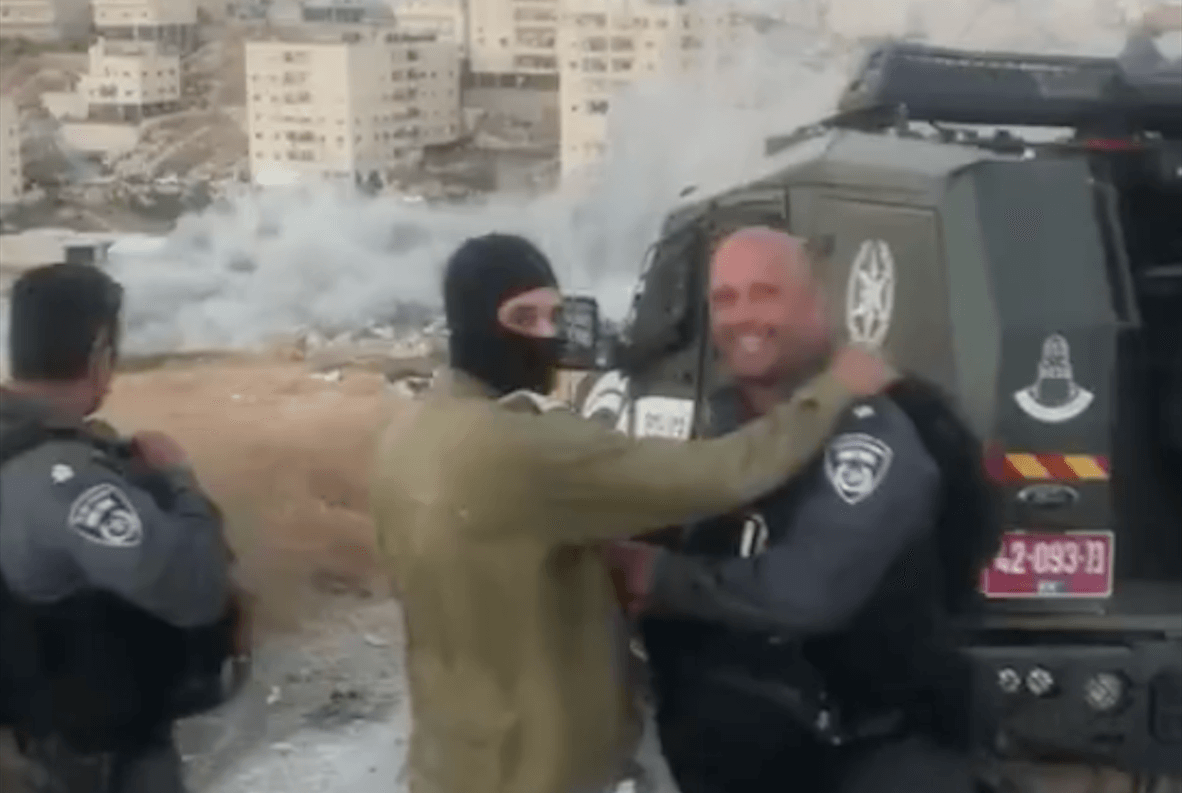 Israel is at it again. It remains consistent in engaging in one of its favorite activities: stealing Palestinian land and tormenting Palestinians.

On Monday, Israeli bulldozers, escorted by hundreds of Israeli soldiers, demolished no less than 16 residential buildings containing around 100 apartments in the village of Sur Baher, which is on the outskirts of East Jerusalem.

Israel’s reasoning for demolishing these homes is that they are too close to its “separation wall” (or more accurately, the Israeli apartheid wall), and it claims that the homes pose a security risk. This is not surprising, because Israel’s “security” is commonly cited as an excuse to steal Palestinian land and resources, and to impose full control over every aspect of the lives of Palestinians.

Correspondents reporting from the demolition area described seeing homeowners watch with horror as their homes turned into dust.

Let that sink in. Imagine your own home being destroyed in front of your eyes while you are powerless to do anything to stop its demolition by armed soldiers. Living under military occupation, there is no insurance to reimburse you or to rebuild your house on the land that rightfully belongs to you.

Even the American concept of “eminent domain,” where your property could be taken by the government for public use, although with “just” compensation, does not apply. In the US, no one would ever accept such a despicable injustice and outright theft.

But this is the reality that the Palestinians of East Jerusalem (and throughout Palestine) face. One man who has four children said that when their house is demolished, they will become homeless and forced to live in the streets.

To see how Israeli demolition of homes and theft of Palestinian land is done out of spite, cruelty, and cold-heartedness, rather than “security,” one only has to watch this video.

You won't see this on western media!

Israeli soldiers celebrate and cheer as they blow up a Palestinian house in Jerusalem today. pic.twitter.com/CkgWzkgnNp

In the video, Israeli forces in charge of imploding a Palestinian building are seen counting down to the detonation of explosives. A masked soldier initiates the demolition and the explosive charges go off, reducing the building to a large pile of rubble and dust within a matter of seconds.

The Israelis laugh, cheer, and whistle in the aftermath of their barbarism. One of the soldiers hugs the man who set off the explosives, shakes his hand, and poses with him for the camera with a huge grin on his face. There is absolutely no doubt that they enjoyed the destruction of the homes and property of innocent Palestinians. People who are genuinely concerned about their security would not celebrate another human being’s devastation in such a sickening way.

This destruction and theft of Palestinian property and land is an indisputable violation of international law. Israel has no right to occupy even one square centimeter of the West Bank and East Jerusalem (or the Syrian Golan Heights, for that matter), which are territories that it seized with aggressive force in 1967.

This fact is why the Boycott, Divestment, and Sanctions (BDS) movement exists. BDS is a peaceful, nonviolent campaign that aims to pressure and hold Israel accountable for its occupation and oppression of Palestinians. It is very similar to the Anti-Apartheid Movement (AAM) that targeted the South African apartheid system. Eventually, the boycott movement aimed at South Africa helped lead to “The Comprehensive Anti-Apartheid Act” that was approved by the US Congress in 1986. This law imposed strong economic sanctions against South Africa and helped lead to the dismantling of the apartheid system.

But on Tuesday night, the US House of Representatives voted overwhelmingly (398-17) in favor of a bill (House Resolution 246) that opposes “efforts to delegitimize the State of Israel and the Global Boycott, Divestment, and Sanctions Movement [BDS] targeting Israel.” What is worse is that the right to boycott is protected by the First Amendment of the US Constitution, yet American politicians are conveniently ignoring this fact.

The objective of BDS is to put pressure on Israel so that it thinks twice before engaging in merciless human rights violations against Palestinians that are blatant breaches of international law. BDS may be trying to “delegitimize the State of Israel,” but that is because Israel is in fact engaging in highly illegitimate activities. How else can one describe Israeli demolition of homes, theft of property and resources, imprisonment of adults and even children without charges, restricting freedom of movement, discrimination, total siege of Palestinians, and many other fascist policies?

Today, Democrats and Republican clash with each other perhaps more than ever before, whether on immigration, healthcare, climate change, and so many other issues. Yet when it comes to Israel, both parties are amazingly united. If only they could work in such a bipartisan fashion to solve many of the problems in our own country, rather than to protect a foreign state oppressing millions of indigenous people.

Despite changing attitudes among Americans (including Jewish Americans) that are more sympathetic toward justice and freedom for Palestinians, US politicians unfortunately lag behind. For example, Democratic Representative Ayanna Pressley campaigned as a firm progressive and shares many of the views of her fellow progressive lawmakers Alexandria Ocasio-Cortez, Ilhan Omar, and Rashida Tlaib, the four of whom have been recently labeled as “the squad.” Yet, Rep. Pressley voted in favor of the resolution condemning BDS.

Perhaps Rep. Pressley voted against BDS in order to protect her own interests, since she is a politician who seeks campaign funds and reelection. Regardless, it is highly discouraging that a politician who claims to be so progressive votes this way, and it is a reminder that there is still a lot of work to be done.

Until the American public holds their elected representatives accountable, and until these politicians then hold oppressive states accountable for their crimes, Israel will continue to act with immunity and there will be no justice for Palestinians.

Mohamed Mohamed is the Executive Director of the Jerusalem Fund for Education and Community Development in Washington DC. He is a graduate of the University of Texas at Dallas, where he majored in Political Science and completed his senior thesis on statelessness and its practical implications on Palestinians living in the refugee camps of Lebanon. He also earned an M.A. in International Relations and an M.S. in International Political Economy from the University of Texas at Dallas. Follow him on Twitter at @mykm47

Other posts by Mohamed Mohamed.