Rasmy Hassouna, a Palestinian American, is suing the state over a provision that bans him or his company from protesting Israel or its products 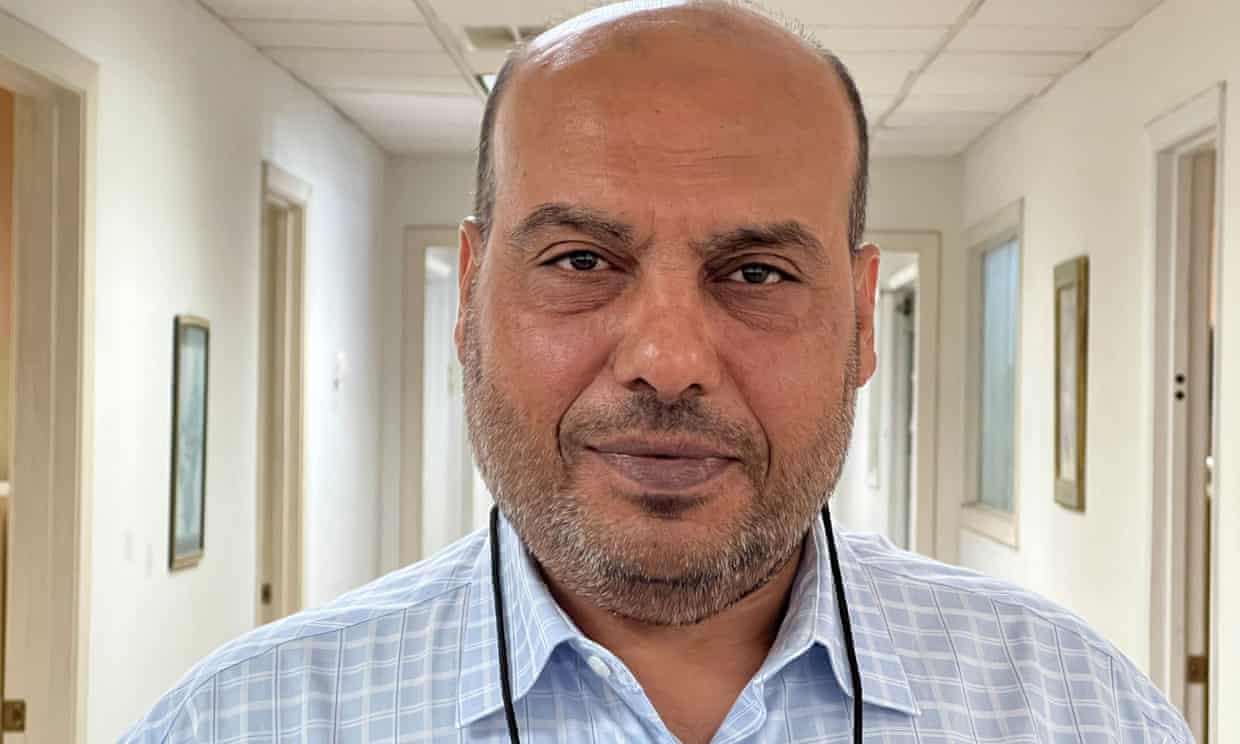 For more than two decades, Texan civil engineer Rasmy Hassouna was a contractor for the city of Houston. Hassouna has consulted the city on soil volatility in the nearby Gulf of Mexico – a much needed service to evaluate the structural stability of houses and other buildings.

He was gearing up to renew his government contract when a particular legal clause caught his eye: a provision that effectively banned him or his company, A&R Engineering and Testing, Inc, from ever protesting the nation of Israel or its products so long as his company was a partner with the city of Houston.

For Hassouna – a 59-year-old proud Palestinian American – it was a huge shock.

“I came here and thought I was a free man. It’s not anybody’s business what I do or what I say, as long as I’m not harming anybody,” he told the Guardian. “Were you lying all this time? If I don’t want to buy anything at WalMart, who are you to tell me not to shop at WalMart? Why do I have to pledge allegiance to a foreign country?”

But Hassouna’s reaction did not stop at anger. He took action, launching a case that is challenging the Texas law and – by example – similar provisions that have spread all over the US that seek to stop government contractors from boycotting Israel and can be found in more than 25 US states. Along with the Arkansas Times newspaper, A&R Engineering and Testing Inc is now one of only two companies fighting this kind of law in the nation.

Hassouna’s case – which was filed on his behalf by the Council on American-Islamic Relations (CAIR) – will be heard in federal court on Tuesday and is based on the idea that such laws violate free speech. If ruled unconstitutional, the 2019 ban on boycotting Israel will be illegal in the state of Texas.

But Hassouna’s decision to sue is not without a price. It could cost him a substantial amount of his yearly revenue, his lawyer said.

“They weren’t counting on Rasmy Hassouna from Gaza, whose family has suffered so greatly. He believes that Americans have the right to boycott whatever entity, foreign or domestic, that they want to. That’s what he’s doing – putting his money where his mouth is,” said Gadeir Abbas, a senior litigation attorney for CAIR who is representing Hassouna.

Hassouna first set foot on American soil in 1988. Like many immigrants, Hassouna’s first experience of the US was New York’s JFK airport. However, his final destination was the South Dakota School of Mines and Technology, the university at which he planned to study civil engineering. “Regardless how long it was going to take or how hard I had to work, I was going to keep aiming toward my goal,” he said.

As a Palestinian under Israeli occupation, Hassouna had no claim to citizenship, so he had to get permission from Israeli officials in order to leave his home in Gaza, an area described by humanitarian organizations and politicians as an open-air prison.

“For almost two months every day, I left the house and I took a cab to the center of Gaza city. I gave [Israeli officials] my government application, my ID. I went to the gate and waited from 7 in the morning until 5 in the evening. You’re looking at the month of June and July in the sun, just standing there.”

After two months Hassouna finally secured clearance to travel to the United States for his university studies. Since Palestine is not recognized as a country, he was not issued a passport, but rather an Israeli travel document that stumped customs agents at every step of the journey.

When the time came for Hassouna to leave for the US, his neighborhood in Gaza was placed under a curfew. This meant that he had to escape under the cover of night if he was to make his flight. He recalled walking five miles behind his father, luggage in tow, to his cousin’s house, an area just outside the designated curfew zone. That was the last time he saw his father, who died before they could meet again.

Hassouna’s college experience was not unlike that of most American students. He recalled living with three roommates and surviving off the modest stipend from his teaching assistant position.

After graduating, Hassouna moved to Houston, Texas, in August 1992. Though he had a comprehensive background in his field, Hassouna’s early career was uncertain and tumultuous. He worked odd jobs at a Stop N Go gas station and convenience store before becoming a technician.

“Back then, I would work 11-7 at the convenience store and 8-5 at the company. One of my students [from South Dakota] was my supervisor, making three or four times what I was making. She used to come and ask me for advice.”

Finally, he was hired for an engineering position at another company with a starting pay of $24,000 – what he described as half of what most engineers were making at the time.

Hassouna has come a long way since then. Along the way, he got married and had two now-teenage sons. His mother died a few years after his father, but due to travel and visa restrictions for Gaza, Hassouna was unable to see her or attend the funeral. In 2005, Hassouna became an American citizen. His place of birth listed on his certificate of citizenship read ‘Israel,’ a statement with which he took issue.

“I went to the lady who was giving the certificates away and told her I didn’t want Israel on my certificate. She told me to go to the immigration center and that they would take care of it. I explained to them that my place of birth was not Israel, it was the Gaza Strip in Palestine. They told me ‘Palestine was not in the system.’”

In 1999, he and his friend Alfred started their own company, A&R (Alfred and Rasmy) Engineering. Together, they secured contract work for the city of Houston. Some 25 years later, Alfred has sold his share in the company to Hassouna, who is now the sole owner.

Now, Hassouna’s loyalty to his homeland is being tested. After reading the most recent city contract, he wrote a letter to the city asking them to remove the Israel boycott ban clause from the contract, arguing that it was his constitutional right to boycott Israel if he so desired. City officials said it was out of their hands.

Now it is in the hands of a judge. If things don’t go Hassouna’s way, he said he is more than prepared to suffer the financial consequences.

“I want to stay working with the city and any other government entity. The thing is, I want to do it with my freedom intact and my dignity intact,” he said.