Please share this video about the campaign to End Administrative Detention. 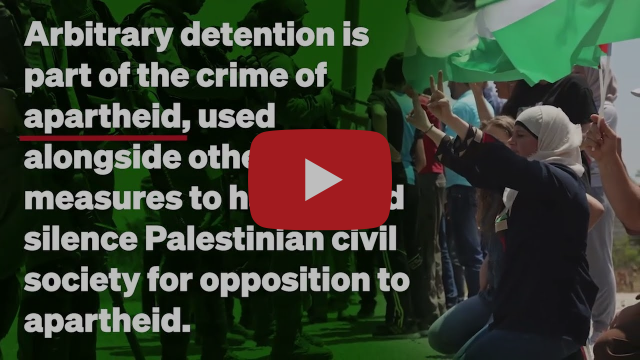 Help spread the campaign by sharing this video

At the beginning of this year, 500 Palestinian political prisoners launched a campaign in protest of Israel’s use of administrative detention, a policy by which Palestinians can be imprisoned indefinitely, without charge or trial, on secret evidence not available to them or their lawyers. The prisoners wrote a powerful collective letter declaring a “mass united resistance movement” against administrative detention—a full boycott of the Israeli military courts system, where they are expected to attend the sham trials that confirm their arbitrary detention. Today is the 46th day of this mass boycott of the courts.

We’ve joined together with Addameer, a Palestinian human rights group advocating on behalf of the prisoners, and our UK partner War on Want, to make this video responding to the call by the prisoners to raise awareness and show solidarity with their struggle for justice.

Will you share our video to raise the case against arbitrary detention imposed by an apartheid regime?

Administrative detention is not only cruel, it’s used in violation of international law, and has been called out by human rights experts time and time again. Here in Britain, we have a special duty to oppose it—after all, administrative detention was first used by British forces in Palestine in the 1930’s to suppress an anti-colonial revolt. It was later adopted by the Israeli state, which uses it in a similar way today.

We’re proud to continue standing up to apartheid—and one of the best ways we can do that is to raise the voices of Palestinians who are demanding justice, freedom, and self-determination. Please help spread the word about the campaign to #EndAdministrativeDetention by sharing our video on twitter, instagram, and facebook, or by watching it on youtube and sending it along to your friends. 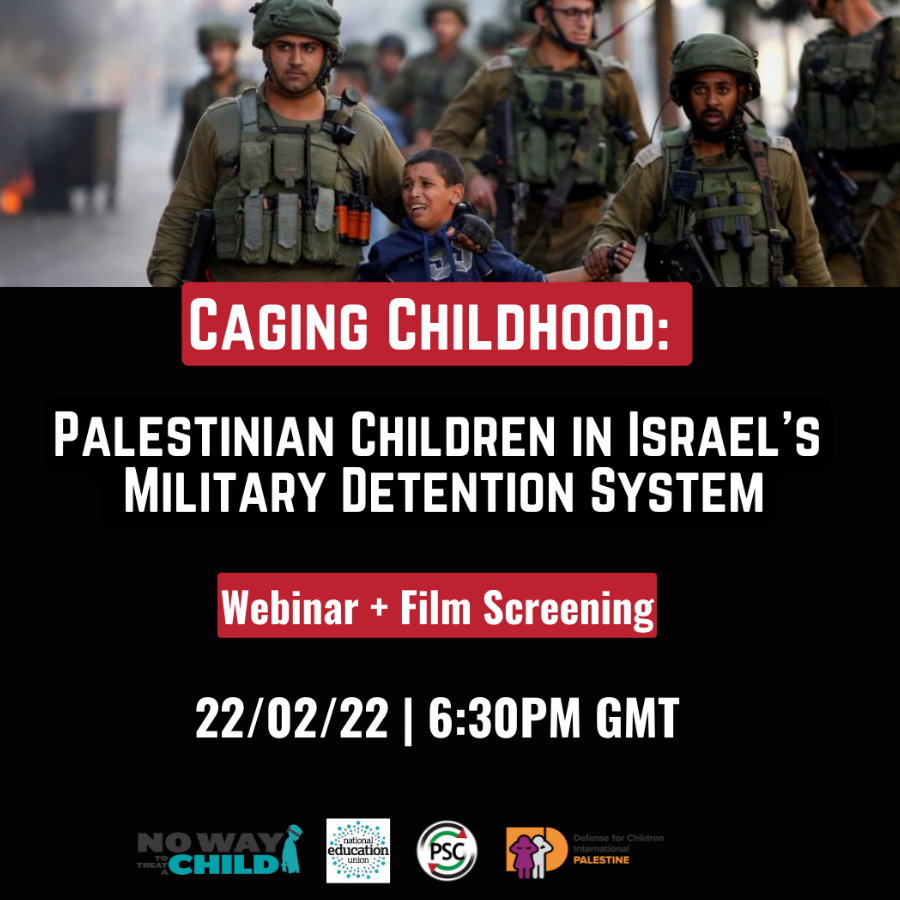 This online event will feature speakers following a screening of ‘Caging Childhood: Palestinian Children in Israel’s Military Detention System’, a short documentary featuring the stories of three Palestinian children in the occupied West Bank and their experiences being detained, interrogated, prosecuted, and imprisoned in the Israeli military detention system.

The event will be chaired by Baroness Christine Blower, former President and subsequently General Secretary of the National Union of Teachers (NUT), currently Labour Peer and Patron of PSC.