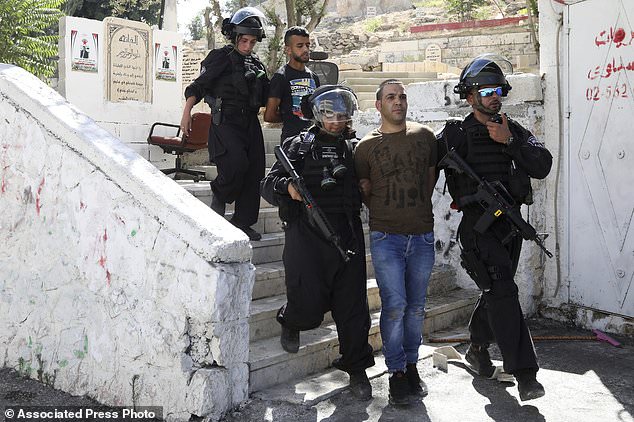 Israeli soldiers kill one Palestinian, injure many in Jerusalem
IMEMC 28 June — Israeli soldiers and the police invaded, on Thursday evening, the al-‘Issawiya town, north of occupied East Jerusalem, killed a young Palestinian man, and injured many other residents, in addition to imposing a strict siege on the town. Media sources said the soldiers invaded Obeid neighborhood in the town, and attacked many Palestinians while inspecting their ID cards, in addition to searching homes and shops. They added that the soldiers fired many live rounds, rubber-coated steel bullets, gas bombs and concussion grenades at Palestinian youngsters protesting the invasion. Local nonviolent activist, Yousef Obeid, said the soldiers killed a former political prisoner, identified as Mohammad Samir Obeid, 21, after shooting him with several bullets, including a live round in the heart. He added that the soldiers also injured four other Palestinians, causing mild-to-moderate wounds. After killing the young man, the soldiers took his body away, and assaulted several Palestinians with clubs and batons. Furthermore, the soldiers imposed a strict siege on the town, and prevented the residents, including ambulances, from entering or leaving it. An eyewitness, who was standing next to the slain Palestinian, said the soldiers shot him with three live rounds from a close range, including the fatal round in the heart, and one that struck him in his leg, and added that the shooting had no cause or justification, especially since it was carried out an hour after the nonviolent protest ended. His statements, alongside other witnesses, contradict allegations by the police that the slain young man “lit firecrackers in the direction of the police,’” allegedly “endangering their lives.” … The killing of the young man also led to protests in the neighborhoods and towns of Wadi al-Jouz, at-Tour, al-‘Issawiya, Shu’fat, Shu’fat refugee camp and Abu Dis.

Israeli forces hit rally against police abuse
JERUSALEM (AP) 28 June — Palestinians claim Israeli forces attacked them after a peaceful rally against police brutality in east Jerusalem. Forty-nine-year-old witness Abed Zamzam says that after prayers on Thursday, Israeli police were patrolling a rally of several hundred Palestinians in the neighborhood of ‘Issawiya. Zamzam says they beat the residents after fatally shooting 20-year-old Mohammed Obeid. A cellphone video shows a policeman kicking a Palestinian already on the ground as an officer was arresting him. The protests continued Friday.

And here is what precipitated the whole business: