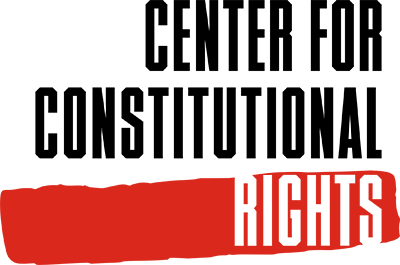 On November 15, the Arizona Palestine Solidarity Alliance (APSA), Black Lives Matter (BLM) Phoenix Metro, Mijente, and Puente continue their fight against the corporate-led American Legislative Exchange Council (ALEC) in the Arizona Supreme Court. The groups will join the Center for Consitutional Rights and the Peoples Law Firm for oral argument in court.

Our lawsuit argues that the lawmakers, who together make up a quorum of several Arizona legislative committees, have violated Arizona’s Open Meeting Law by meeting behind closed doors at a private ALEC gathering in Scottsdale, Arizona, in 2019. A closed meeting of a quorum of an Arizona legislative committee where members debate, discuss, deliberate, or otherwise work is a violation of the Arizona Open Meeting Law. In a major victory in the case, on February 15 this year, the Arizona Court of Appeals ruled that we may continue to pursue the lawsuit against 26 Arizona lawmakers who attended ALEC’s closed meetings in 2019. The court said the legislature cannot exempt itself from its own Open Meeting Law, rejected all of the defendants’ other arguments for dismissal, and sent the case back to the trial court.

The initial filing in 2019 came after the Center for Constitutional Rights, Dream Defenders, Palestine Legal, The Red Nation, and the US Campaign for Palestinian Rights together released the report “ALEC Attacks: How evangelicals and corporations captured state lawmaking to safeguard white supremacy and corporate power,” which examines the harmful impact of ALEC laws on people of color.

ALEC provides a ‘pay-to-play’ membership system in which its corporate members pay high fees in return for closed-door meetings with lawmakers to deliberate, draft, and vote on “model bills,” which are later introduced by ALEC-affiliated state lawmakers across the country. ALEC boasts that approximately one third of all state lawmakers are members. They are required to sign “loyalty oaths” to “put the interests of [ALEC] first.”

Between 2010 and 2018, ALEC’s “model bills” were introduced nearly 2,900 times, and more than 600 became law. The Arizona groups leading this fight point out that marginalized communities, particularly communities of color, have been disproportionately harmed by laws produced by ALEC. These include Stand Your Ground laws, voter ID laws, legislation targeting the Boycott, Divestment, and Sanctions movement supporting Palestinian human rights, and “critical infrastructure” laws that criminalize protests by Indigenous people and other activists against oil and gas companies.