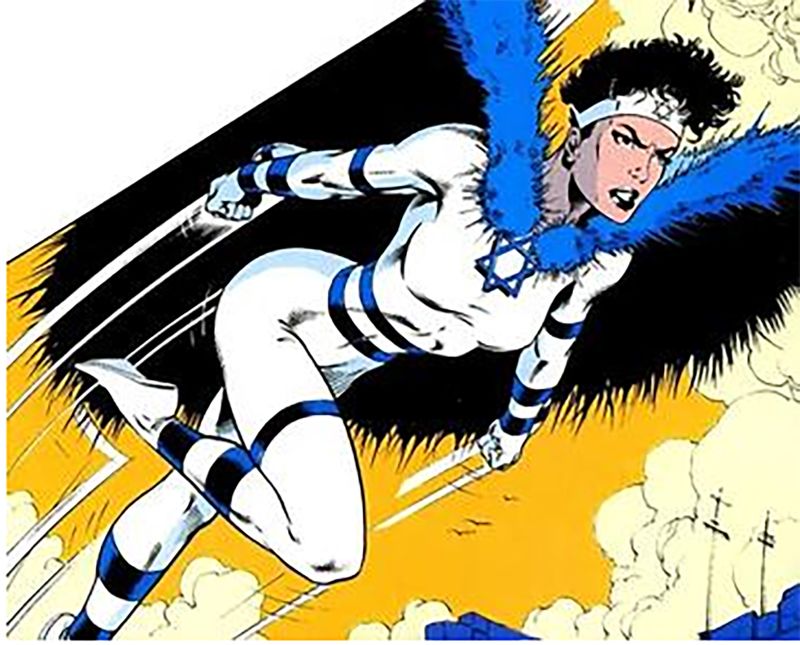 Mossad agents are notorious for carrying out targeted assassinations of Palestinian leaders. They should not be held up as heroes — even in the fantasy world of Marvel.¹

Tell Marvel Studios to do the right thing: No pro-Israeli apartheid superheroes in the next “Captain America” movie. 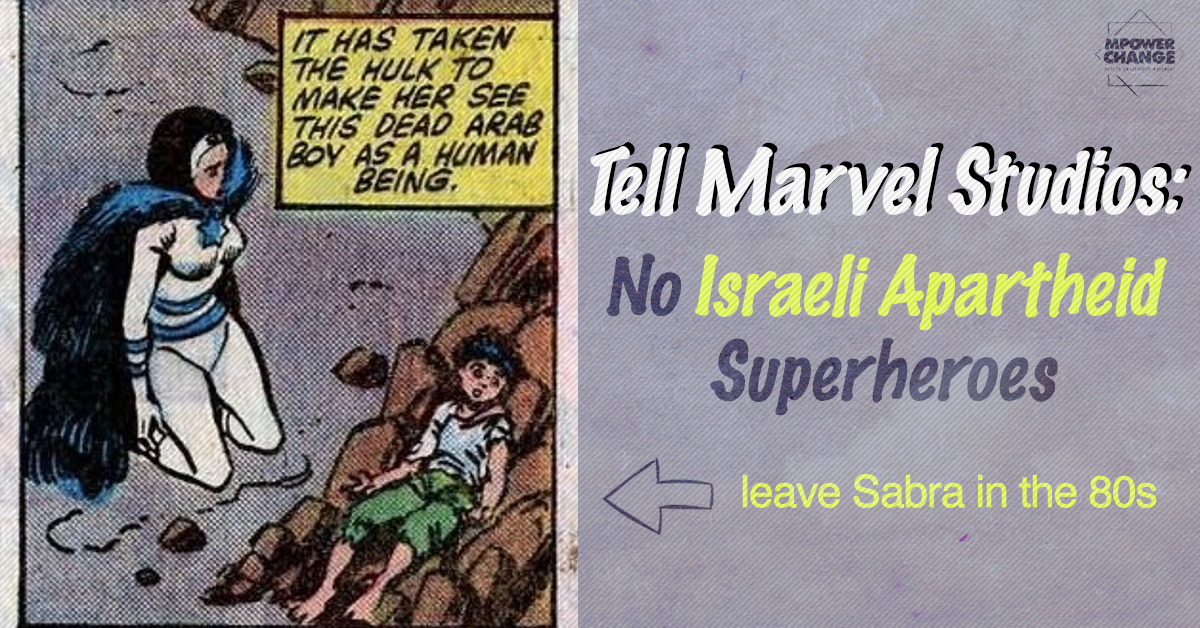 If Marvel goes ahead with its plan to feature a murderous, pro-apartheid “superhero” named Sabra in its next Captain America movie, over 100 million viewers stand poised to see Palestinians dehumanized and vilified on screen.

The character Sabra has a long, disturbing history in Marvel Comics.² As written in the comics, the character Sabra is an agent of the real-world Israeli spy agency Mossad, who have an infamous track record of assassinations, torture, and numerous other egregious human rights violations.

The land theft and violent suppression of multiple popular Palestinian uprisings against Israel’s occupation have led to real tipping points in U.S. discourse. According to recent Gallup polling, progressives have now “fully crossed the threshold and now sympathize more with Palestinians” than with Israelis.³

The backlash against Marvel has already begun. But we need your help to ramp up the pressure.

A growing chorus of international human rights groups, from Amnesty International and Human Rights Watch to Israel’s B’tselem are finally echoing what Palestinians have said for decades: Israel is an apartheid regime.

We have the power to win this.

In solidarity,
Granate, Linda, Lau, and the team at MPower Change

MPower Change is a grassroots movement of diverse Muslim communities working together to build social, spiritual, racial, and economic justice for all people. Support our work.