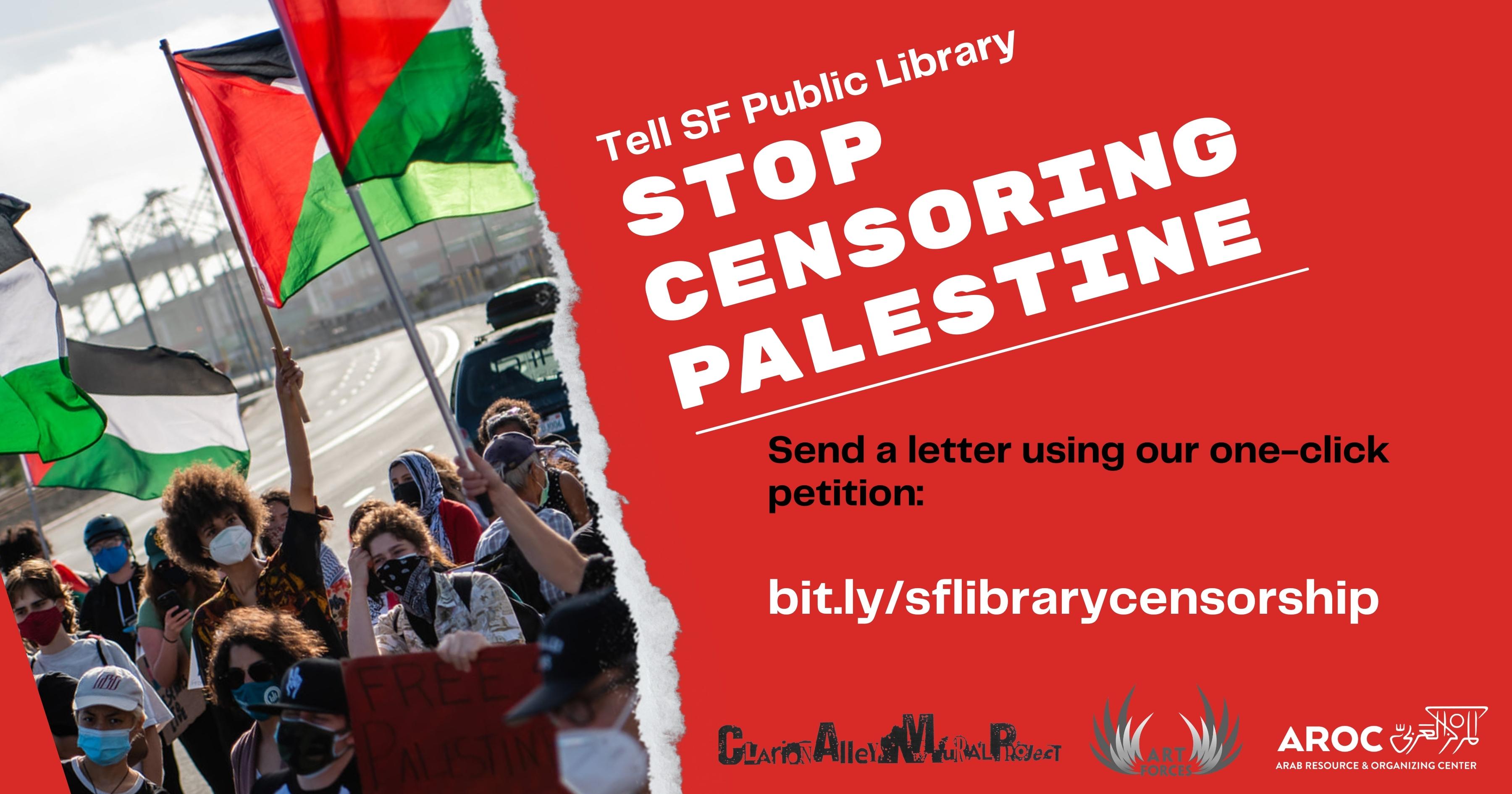 Demand the Reinstatement of the Wall + Response Exhibit Now!

After four months of planning, the San Francisco Public Library (SFPL) decided to cancel a mural exhibition because of its inclusion of the local Clarion Alley Arab Liberation Mural.

SF Public Library informed the Clarion Alley Mural Project (CAMP) that it would not allow the exhibition Wall + Response to open without censoring an image of the project’s Arab Liberation Mural. In partnership with the Arab Resource & Organizing Center’s (AROC) Arab Youth Organizing, the mural was created by a diverse team of community organizations, artists and allies to honor Arab, Muslim and migrant histories and struggles against racism and xenophobia, as well as the experiences of resilience and resistance in the Bay Area. This Mural has been a landmark for the community for over four years.

Recently, the SF Library decided to censor the Wall + Response exhibition because the Mural included the phrase “Zionism is Racism”. Zionism is the official ideology of Israeli apartheid. This phrase captures the experiences of Palestinians and others struggling against apartheid and Israel’s settler-colonial violence. Human rights organizations Amnesty International, Human Rights Watch, Yesh Din, and B’Tselem, as well as the United Nations Economic and Social Commission for Western Asia and Harvard Law School have all determined Israel is an apartheid state. It is the height of irony that an art project designed to highlight and resist repression being faced by racial justice movements would be the subject of racist censorship. All the artists, poets, and community-based organizations who were part of the planned Wall + Response exhibition responded with a letter expressing their concerns of structural racism and asking the library to reinstate the exhibition in its entirety.

We are calling on communities to email the SFPL Commission and administration using our one-click tool to demand that the Wall + Response exhibition moves forward, free of censorship.