In America there is always a domestic political reason for not doing the right thing on Israel-Palestine. It’s ugly, but then ugliness is having its day. 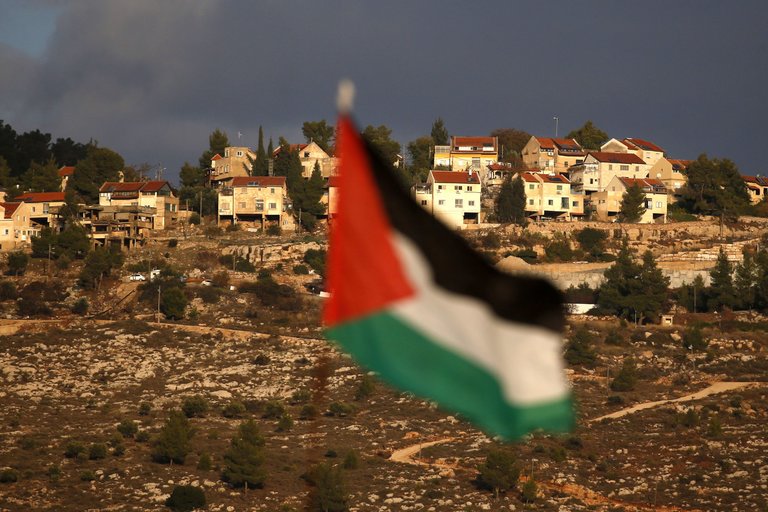 WASHINGTON — The bizarre burst of diplomatic activity on Israel–Palestine in the waning days of the Obama administration has been tantamount to an admission that, on this subject, things only get said too late and when they no longer mean anything. The rest of the time political cowardice in the form of silence prevails.

In a matter of weeks we have had a United Nations Security Council resolution calling on Israel to “immediately cease all settlement activities in the occupied Palestinian territory;” a long speech by Secretary of State John Kerry setting out the Obama administration’s parameters for a two-state peace agreement and defending the American abstention that allowed the U.N. resolution to pass; and a Paris peace conference that urged Israelis and Palestinians, neither of them present, to take concrete steps to get the two-state idea off life support.

None of this piety will change anything on the ground, where settlements continue to grow, the daily humiliations that constitute Palestinian life continue to accumulate, and the occupation that will mark its 50th anniversary this year continues to entrench itself. The only possible change will come with President-elect Donald Trump, whose dalliance with moving the United States embassy from Tel Aviv to Jerusalem amounts to pyromania, and whose choice of ambassador, his sometime lawyer David Friedman, suggests hard-line American support for Israeli settlements.

Trump’s thirst for the “ultimate deal” in the Holy Land could not be more far-fetched, however much his son-in-law, Jared Kushner, hones his skills with Henry Kissinger. There’s nobody and nothing to work with after a half-century of moral corrosion and progressive estrangement.

Speaking of Kushner, I was told he refused to meet with a senior French diplomat after a demand from Trump Tower that the Paris conference be canceled was ignored. Get used to my-way-or-the-highway diplomacy with team Trump.

U.N. resolution 2334 infuriated Prime Minister Benjamin Netanyahu of Israel, who called it “shameful.” He seemed surprised that ignoring Obama’s veto of an earlier settlements resolution in 2011 would have consequences. Obama ran out of patience because, despite his forbearance, Israel went right on planning housing for tens of thousands more settlers while absorbing “more than one half of our entire global foreign military financing,” in Kerry’s words. Gratitude is not Netanyahu’s forte.

There was little new in the resolution, given America’s consistent opposition to settlements in the West Bank, including East Jerusalem, over several decades. In fact, the twinning of criticism of Israel with condemnation under international law of “incitement” — a reference to persistent Palestinian practice — was among the fresher elements. Still, the language was sharp. The resolution called on states to distinguish “in their relevant dealings” between Israel and “the territories occupied since 1967”; and it declared that “The cessation of all Israeli settlement activities is essential for salvaging the two-state solution.”

I doubt that solution remains viable. But let’s be clear on the settlements. They may or may not constitute a primary cause of the conflict, but they do demonstrate Israel’s decades-long commitment to building in a way that makes a viable Palestinian state impossible. You cannot be a Palestinian in the West Bank watching the steady growth of Israeli settlements, outposts and barriers without concluding that Israel’s occasional murmurings about a two-state peace are mere camouflage for a project whose objective is to control all the land in perpetuity without annexing it. Annexation would be awkward; some 2.75 million Palestinians would demand the vote. Better to play games and let millions of strangers squirm.

Kerry’s speech was almost three years in the making. He should have made it in April 2014, when his diplomacy collapsed. Obama said no. There were the midterms, then there was the Iran deal to negotiate, so better not to anger Israel further, and finally there was the U.S. election in November. In America there is always a domestic political reason for not doing the right thing on Israel-Palestine.

It’s ugly, but then ugliness is having its day.

Kerry finally set out the terms of a two-state peace: secure borders based on the 1967 lines with agreed land swaps; a state for the Jewish people and a state for the Palestinian people where the rights of all citizens (Arabs in Israel, Jews in an eventual Palestine) are upheld; a just solution for Palestinian refugees including compensation and acknowledgment of suffering but without changing “the fundamental character of Israel” — so only very limited return to Israel proper; Jerusalem as “the capital of the two states;” a demilitarized Palestinian state, a full end to the occupation after an agreed transition, and elaborate Israeli security guarantees; an end to the conflict and all outstanding claims along with broader peace for Israel with all its Arab neighbors and a regional security partnership.

Why was this unremarkable formula unsayable for so long? Because cowardice inhabits Washington, Jerusalem and Ramallah: This little diplomatic flurry has been obscene. Kerry was honorable; Obama lacked courage. Netanyahu dismissed the “last twitches of yesterday’s world.” It is a measure of where we are that tomorrow’s may well be worse.