In a terrible irony, the campaign against “anti-semitism” has become a threat to freedom 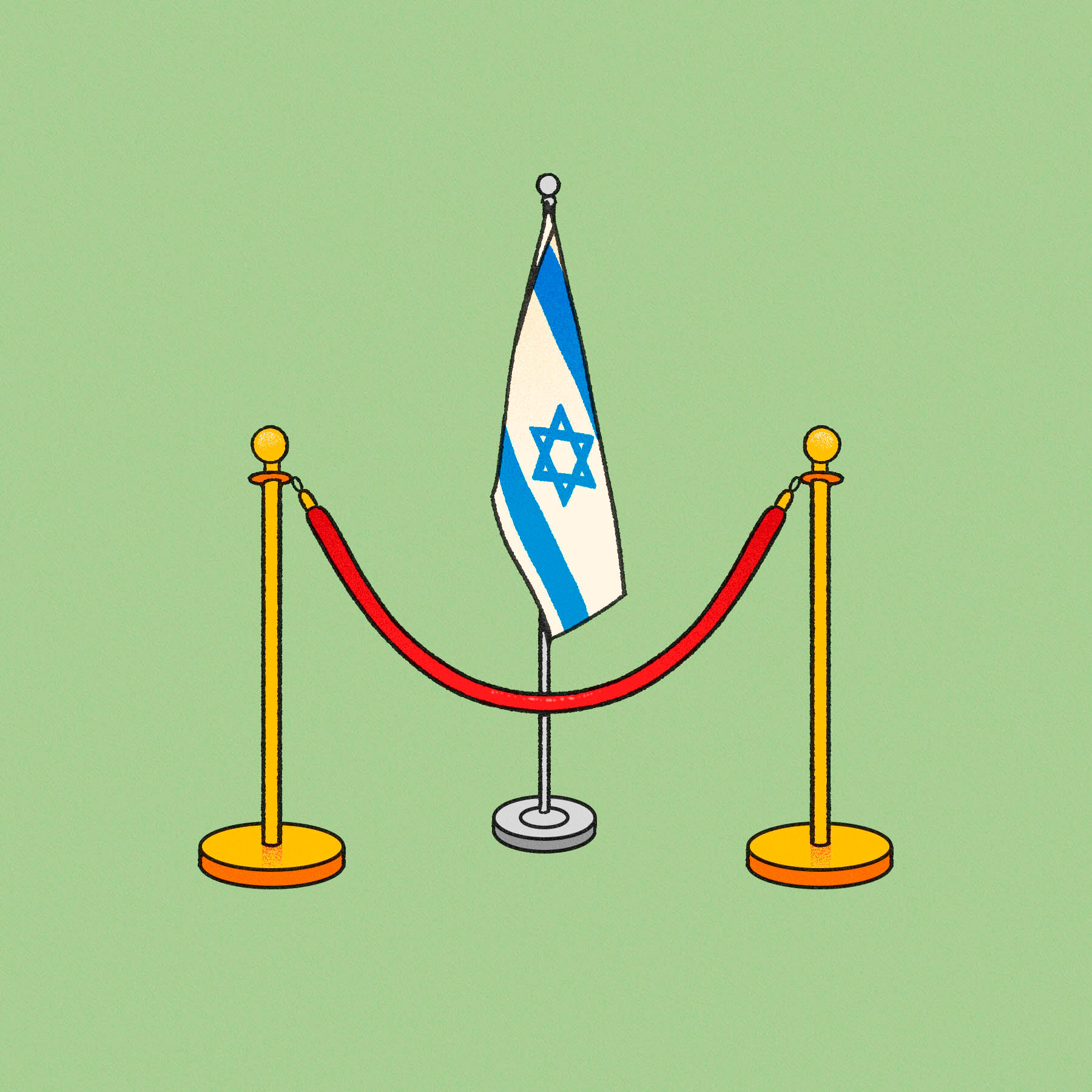 Over the past 18 months, America’s most prominent Jewish organizations have done something extraordinary. They have accused the world’s leading human rights organizations of promoting hatred of Jews.

Last April, after Human Rights Watch issued a report accusing Israel of “the crimes of apartheid and persecution,” the American Jewish Committee claimed that the report’s arguments “sometimes border on antisemitism.” In January, after Amnesty International issued its own study alleging that Israel practiced apartheid, the Anti-Defamation League predicted that it “likely will lead to intensified antisemitism.” The A.J.C. and A.D.L. also published a statement with four other well-known American Jewish groups that didn’t just accuse the report of being biased and inaccurate, but also claimed that Amnesty’s report “fuels those antisemites around the world who seek to undermine the only Jewish country on Earth.”

Defenders of repressive governments often try to discredit the human rights groups that criticize them. A month before the A.J.C. accused Human Rights Watch of flirting with antisemitism, the Chinese Communist Party newspaper Global Times accused it of being “anti-China.” In 2019 a spokesman for Iran accused Amnesty of being “biased” against that country. In this age of rising authoritarianism, it’s not surprising that human rights watchdogs face mounting attacks. What’s surprising is that America’s most influential Jewish groups are taking part.

For most of the 20th century, leading American Jewish organizations argued that the struggle against antisemitism and the struggle for universal human rights were intertwined. In 1913, when the A.D.L. was founded to stop “the defamation of the Jewish people,” it declared that its “ultimate purpose is to secure justice and fair treatment to all citizens.” In 1956, Rabbi Israel Goldstein, the president of the American Jewish Congress, a Jewish group founded in 1918, explained his support for civil rights by saying that his organization would “act against any evil that is practiced on other men with the same conviction and vigor as if we ourselves were the victims.”

Although supportive of Israel’s existence, America’s leading Jewish groups did not make it the center of their work in the mid-20th century. And when they did focus on Israel, they often tried to bring its behavior in line with their broader liberal democratic goals. The A.J.C. repeatedly criticized Israel for discriminating against its Palestinian Arab citizens. In 1960 the head of the group’s Israel Committee explained that it hoped to eliminate “antidemocratic practices and attitudes” in the Jewish state so the organization could more credibly “invoke principles of human rights and practices in our country and abroad.”

This began to change after the 1967 war. Israel’s conquest of the West Bank and Gaza Strip made it master over roughly a million stateless Palestinians, which fueled anger at the Jewish state from leftists in the United States and around the world. At the same time, assimilation was leading many progressive American Jews to exit organized Jewish life, which left Jewish groups with a more conservative base as they searched for a new agenda now that civil rights for Black Americans had become law.

The result was an ideological transformation. In 1974, two A.D.L. leaders wrote a book arguing that Jews were increasingly menaced by a “new antisemitism,” directed not against individual Jews but against the Jewish state. Almost a half-century later, that premise now dominates mainstream organized American Jewish life.

Largely as a result of lobbying by Jewish organizations, the American government has embraced the proposition, too. The State Department now employs a definition of antisemitism whose examples include opposing Israel’s existence as a Jewish state. This year the Senate confirmed Deborah Lipstadt — a historian best known for fighting Holocaust denial — to be the Biden administration’s special envoy to monitor and combat antisemitism. Ms. Lipstadt has said that Israel’s “continued holding of the West Bank is problematic,” but when asked at her confirmation hearing about Amnesty’s report accusing Israel of apartheid, Ms. Lipstadt claimed that the report’s language was “part of a larger effort to delegitimize the Jewish state” and thus “poisons the atmosphere, particularly for Jewish students” on college campuses. In 2018 several Palestinian members of the Knesset tried to introduce legislation that would grant Palestinians equal citizenship rather than what the Israeli human rights group B’Tselem calls “Jewish supremacy.” According to America’s most prominent Jewish organizations and the U.S. government, this kind of call for equal citizenship constituted bigotry.

Now that any challenge to Jewish statehood is met with charges of bigotry against Jews, prominent American Jewish organizations and their allies in the U.S. government have made the fight against antisemitism into a vehicle not for defending human rights but for denying them. Most Palestinians exist as second-class citizens in Israel proper or as stateless noncitizens in the territories Israel occupied in 1967 or live beyond Israel’s borders because they or their descendants were expelled or fled and were not permitted to return. But under the definition of antisemitism promoted by the Anti-Defamation League, the American Jewish Committee and the State Department, Palestinians become antisemites if they call for replacing a state that favors Jews with one that does not discriminate based on ethnicity or religion.

But the campaign against antisemitism is being deployed to justify not merely the violation of Palestinian human rights. As relations have warmed between Israel and the monarchies of the Persian Gulf, American officials have begun using the struggle against antisemitism to shield those regimes from human rights pressure, too. In June, Ms. Lipstadt met the Saudi ambassador in Washington and celebrated “our shared objectives of overcoming intolerance and hate.” From there she flew to Saudi Arabia, where she met its minister of Islamic affairs and affirmed, once again, “our shared goals of promoting tolerance and combating hate.” In the United Arab Emirates she sat down with the country’s foreign minister, whom she declared a “sincere partner in our shared goals of” — you guessed it — “promoting tolerance and fighting hate.”

This is nonsense. According to a report this year by Freedom House, a human rights think tank funded largely by the U.S. government, Saudi Arabia is more repressive than Iran. The United Arab Emirates is more repressive than Russia. And although Ms. Lipstadt declared that her visits to Riyadh and Abu Dhabi left her “heartened by changes underway in parts of the Middle East,” both countries, according to Freedom House, are more oppressive than they were in 2017. Less than two months after she lauded the Saudi monarchy’s tolerance, it sentenced a member of the country’s persecuted Shiite minority to 34 years in prison for Twitter activity critical of the government.

When it comes to their own disenfranchised populations, Saudi Arabia and the U.A.E. are as intolerant as ever. What has changed is their tolerance for Israel’s oppression of Palestinians. And because officials like Ms. Lipstadt define the fight against antisemitism largely as a fight to legitimize Israel, they legitimize its tyrannical Arab allies as well.

Ms. Lipstadt’s defenders might argue that Jews can’t afford to be picky about our friends. In a world where antisemitism remains a frightening reality, we should look out only for ourselves. In moments of extreme danger, that may be true. But many earlier American Jewish leaders recognized this must be the exception. As a rule, they believed Jews should pursue equal treatment for ourselves as part of a broader effort to secure it for others.

As part of the rapprochement between Jerusalem and Riyadh and Abu Dhabi, the Israeli government has apparently authorized its high-tech companies to sell the Saudi and Emirati governments spyware they have used to surveil and imprison dissidents. Which may help explain why recent polls show that more than 70 percent of Saudis and Emiratis oppose diplomatic normalization with Israel. For decades, many in the Arab world loathed the United States for bolstering their despotic rulers. It will not ultimately benefit Arab-Jewish harmony for a Jewish state to replace the United States in that unsavory role.

In a terrible irony, the campaign against “antisemitism,” as waged by influential Jewish groups and the U.S. government, has become a threat to freedom. It is wielded as a weapon against the world’s most respected human rights organizations and a shield for some of the world’s most repressive regimes. We need a different struggle against antisemitism. It should pursue Jewish equality, not Jewish supremacy, and embed the cause of Jewish rights in a movement for the human rights of all. In its effort to defend the indefensible in Israel, the American Jewish establishment has abandoned these principles. It’s time to affirm them again.

Peter Beinart (@PeterBeinart) is a professor of journalism and political science at the Newmark School of Journalism at the City University of New York. He is also the editor at large of Jewish Currents and writes The Beinart Notebook, a weekly newsletter.