This list of course does not include Democratic Party politicians like Barack Obama or Dick Durbin, who have opportunistically bewailed the Trump administration’s tearing apart migrant families at the US/Mexico border, but who took no notice of the killing of Palestinian children at the border fence of the Gaza open air prison.

LGBT people in the United States have a particular responsibility to respond to these atrocities. Not only is Israel by far the biggest recipient of U.S. arms exports in the world, but it’s a central theme of Israeli propaganda, aimed at diverting attention from its brutality against Palestinians, that Israel is alleged to be a gay paradise.

But it’s no paradise for LGBT Palestinians, who are generally prohibited from going to Tel Aviv (even though some of their families were expelled from there), and the Israeli secret police has a widespread practice of blackmailing gay Palestinians by threatening to out them unless they turn into informers on their own people.

LGBTs in the United States have won many freedoms that LGBTs in other countries don’t enjoy. But that record of progress in no way excuses the vicious racism of police killings of Black people, theft of Native American lands, separating children of immigrants from their parents, and other racist crimes. Likewise, whatever relative freedoms LGBTs have won in Israel does not excuse that country’s continuing brutal treatment of Palestinians.

To privilege one oppressed group’s freedoms over another is playing a divide-and-conquer game that only bigots can win.

We were proud today to march in solidarity with Palestinians. We helped in a small way to re-water and reaffirm the radical roots of gay liberation in the years following the Stonewall Rebellion, when LGBTs cared not just about their own rights, but opposed the U.S. war in Vietnam and marched in solidarity with women and people of color. We recognized then, as we do now, that the liberation of all oppressed groups is the task of each. 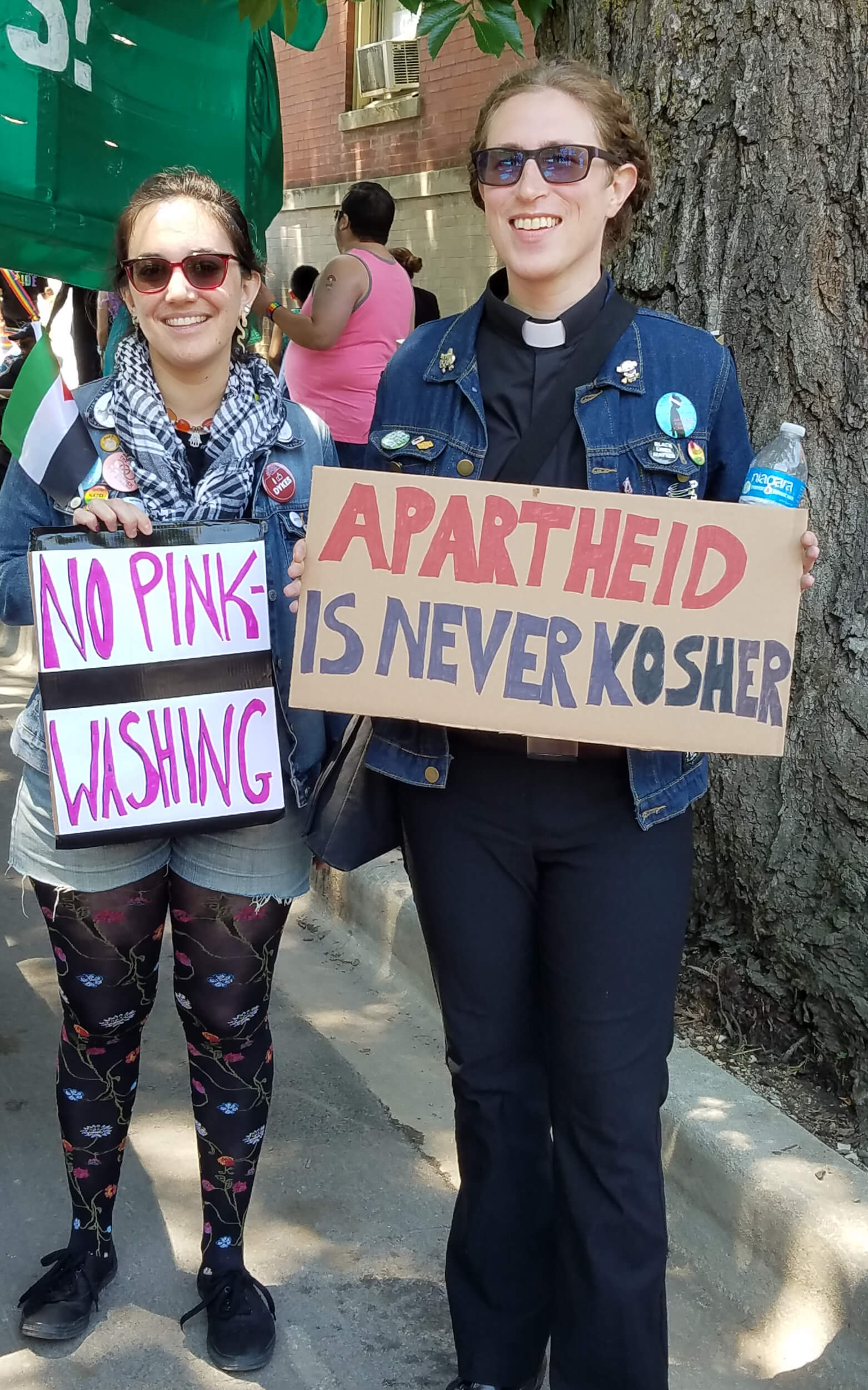 Other posts by Gay Liberation Network.