“The IDF conducted an independent and professional investigation. I have made it clear to the U.S. government that we won’t cooperate with any external investigation and won’t allow any interference in Israel’s internal affairs,” he added. 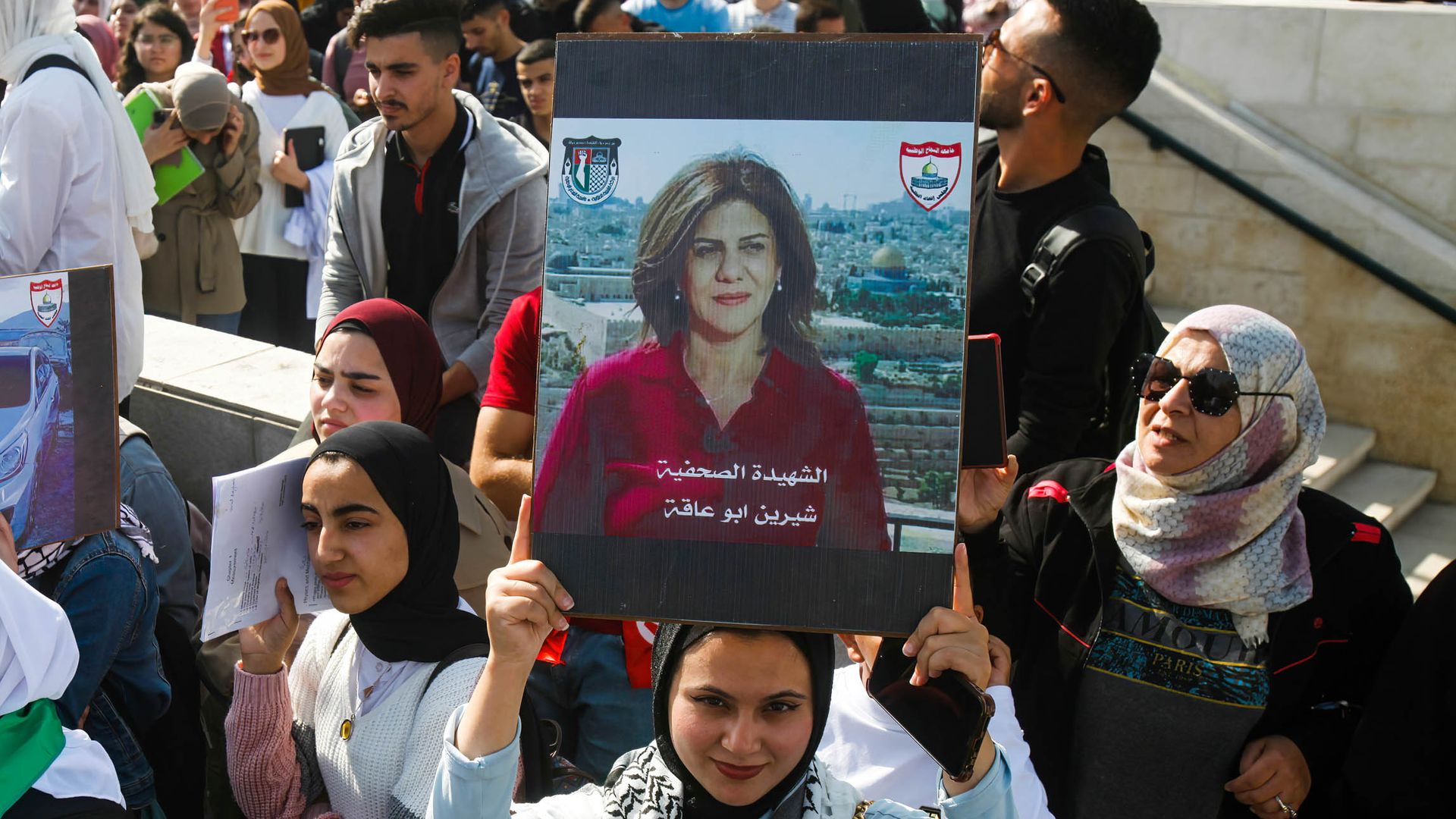 A Palestinian student from An-Najah University holds a picture of Shireen Abu Akleh during a protest in the occupied West Bank city of Nablus on Nov. 6. Photo: Nasser Ishtayeh/SOPA Images/LightRocket via Getty Images

The U.S. Justice Department recently informed the Israeli Justice Ministry that the FBI has opened an investigation into the death of Palestinian American journalist Shireen Abu Akleh, who was killed in May while covering an Israeli military raid in the occupied West Bank city of Jenin, Israeli officials said Monday.

Why it matters: Such an investigation is highly unusual. Israeli Defense Minister Benny Gantz called the FBI decision “a grave mistake” and said Israel will refuse to cooperate.

Driving the news: The FBI decision to open an investigation into the case was first reported on Israel’s Channel 14 on Monday.

What they’re saying: Gantz said later Monday that “the U.S. Justice Department decision to investigate the tragic death of Shireen Abu Akleh is a grave mistake.”

Between the lines: The administration has faced pressure by dozens of congressional Democrats and Abu Akleh’s family to do more to ensure accountability. More than 20 Democratic senators signed a letter calling for an independent FBI investigation.

Flashback: Abu Akleh, an Al Jazeera correspondent, was wearing a bulletproof vest marked “press” when she was killed.

The IDF concluded in September she was most likely killed in “unintentional fire” from an Israeli soldier who did not realize she was a journalist. The findings were a shift from the IDF’s initial position that it was not possible to know who shot Abu Akleh.