Eyewitnesses say Omar Muhammad Asaad, 80, was driving home when he was stopped by soldiers, dragged out of the car, assaulted and left lying unconscious on the ground 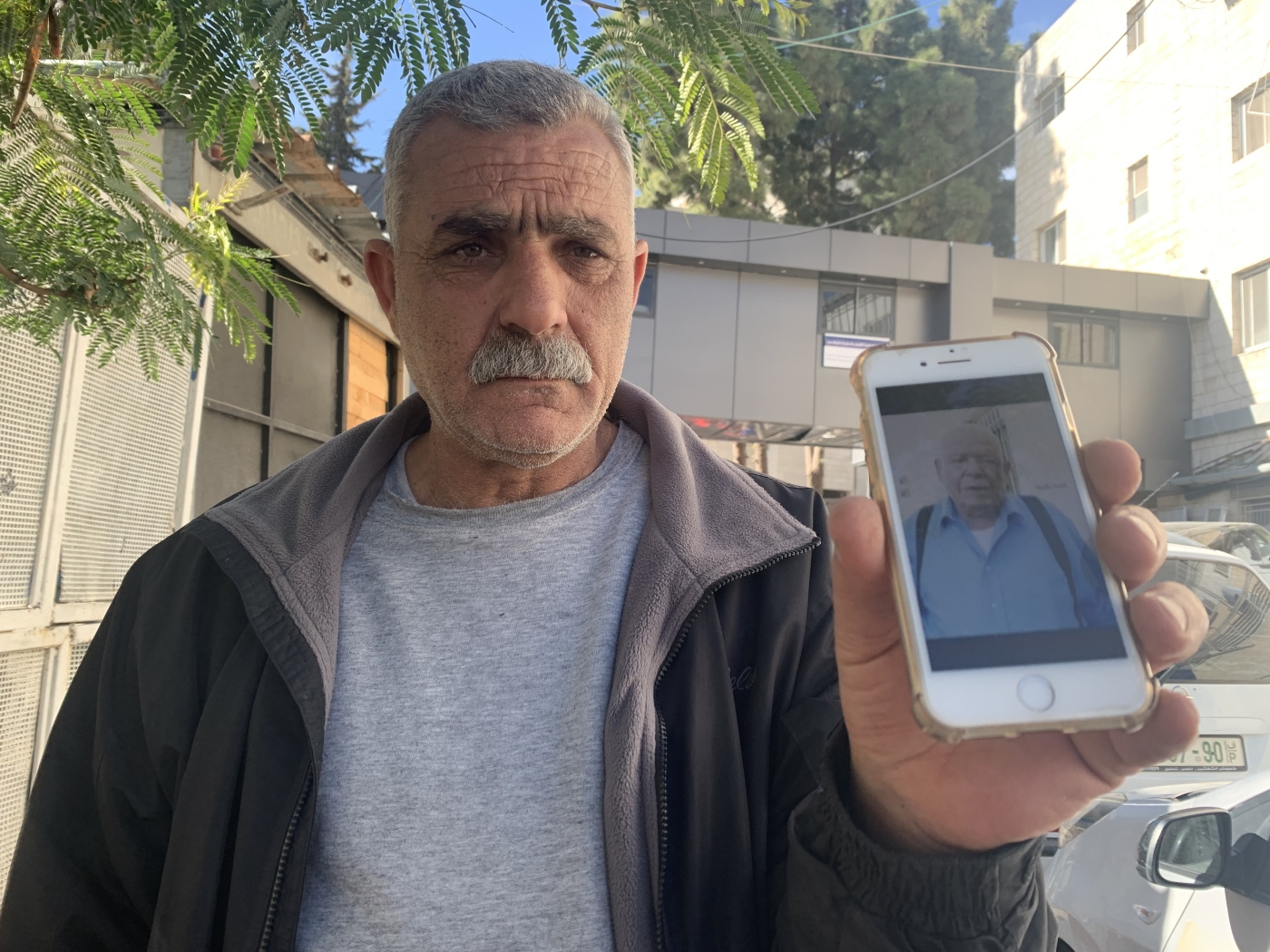 An elderly Palestinian with US citizenship died of a heart attack on Wednesday morning after he was violently detained by Israeli soldiers during a raid on Jaljulia village, north of Ramallah in the occupied West Bank, his family said.

Omar Muhammad Asaad, 80, was driving home after midnight when soldiers stopped him, dragged him out of the car and assaulted him before leaving him lying unconscious on the ground, eyewitnesses told the family.

Abd al-Ilah Asaad, Omar’s cousin, told Middle East Eye he spent the night with Omar at a family house nearby. At around 2am, Omar left to go to his home in the village, where he was arrested by Israeli forces, Abd al-Ilah said.

Two young men who were detained in the same location as Omar told the family that he was pulled out of the car and dragged for about 200 meters. Soldiers aggressively handled Omar, handcuffed him, gagged his mouth and forced him to lie on his stomach, they added.

Later, when the Israeli forces withdrew, the two young men found Omar on the ground with the plastic handcuffs untied and “showing no signs of life”.

The two young men then rushed Omar to the village’s clinic. Doctors tried to resuscitate him but it was too late, they said. He was pronounced dead shortly after.

“[He] died of a heart attack as a result of the assault on him by the Israeli army and the panic it caused,” he added.

Abd al-Ilah said that Omar suffered from a heart condition, blood pressure and diabetes, and was not able to perform any demanding physical tasks.

“What happened with Omar is a major crime against humanity. It happened without the slightest consideration for his age and his medical condition,” Abd al-Ilah said.

Omar, who holds American citizenship, is a father of seven children who live in the United States. He moved to America in the 1970s, where he settled with his family. He returned to live in Palestine in 2012.

The Israeli army confirmed in a statement sent to MEE that Omar was arrested overnight and later released, saying it will open an investigation into his death.

‘To whom do we complain?’

Fuad Qatoum, the head of the Jaljulia village council, told MEE that the village has been subjected to repeated incursions by the Israeli army for two days, with large numbers of troops.

Dozens of soldiers stormed the village yesterday and were stationed near its southern entrance where they were setting up an ambush, Qatoum said.

“What happened is a new crime added to the crimes the Israeli army commits daily against us as Palestinians,” Qatoum told MEE.

“[Omar’s death] reflects the policies of the Israeli government, which thinks that it can violate our lives and dignity with impunity,” he added.

Qatoum said Omar’s death has raised a feeling of anger among residents of Jaljulia, as a day of mourning was announced in the village.

Omar’s funeral procession was postponed until Thursday as doctors prepare to perform an autopsy, despite the family’s reservations.

Palestinian families often reject autopsies to be carried out on those killed by Israeli forces, especially when the cause of death is clear.

But after coming under pressure from the Palestinian prosecution, who argued that Omar’s autopsy will be important evidence to build a legal case against Israel, the family agreed.

“To whom do we complain of our grief and pain?,” Abd al-Ilah said.

“We know that they won’t be held accountable and prosecuted for their actions against us as Palestinians,” he added. “They kill us daily.”