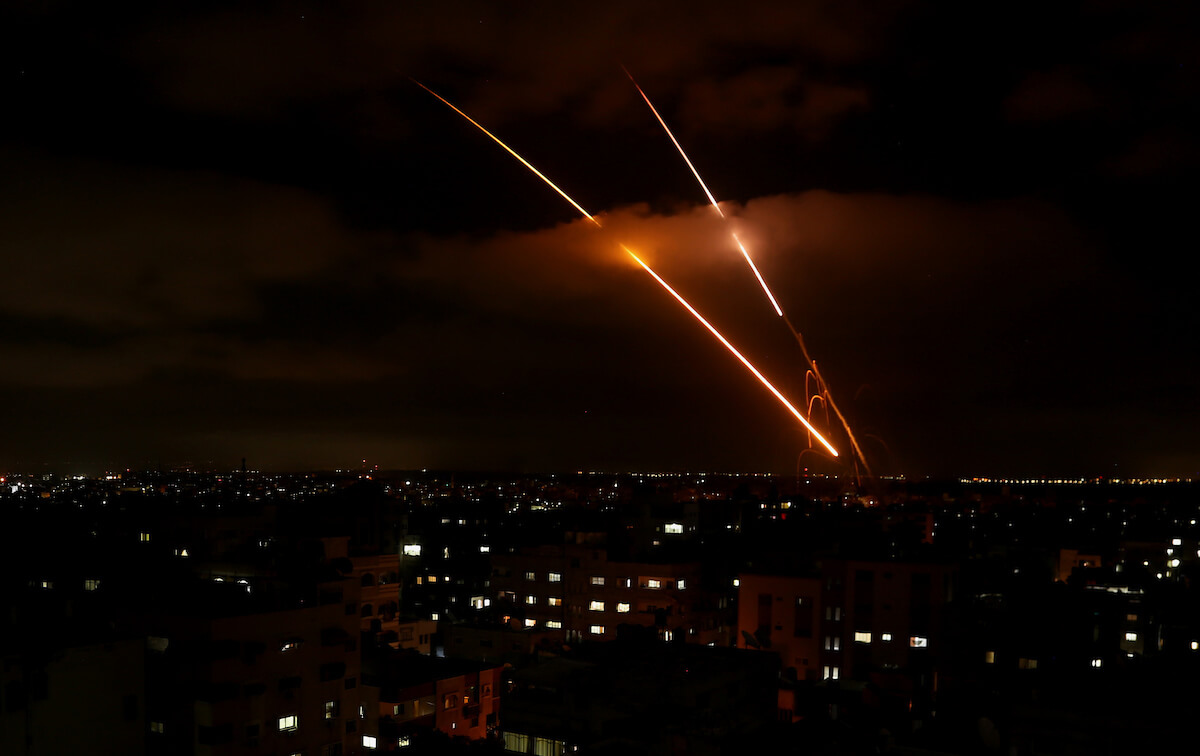 Of course, it will be objected that better bomb shelters in Gaza would lead to more reckless behavior by Hamas and Islamic Jihad leaders. Being better protected they would have less reason to refrain from launching rocket attacks from Gaza.

But the same logic applies in the other direction. Following Israel’s 2008-09 Operation Cast Lead, Israeli Foreign Minister Tzipi Livni commented that Israel had demonstrated “real hooliganism.” [1] The only thing that keeps Israeli leaders from pummeling Gaza even more often than they already do is the knowledge that their attack will unleash Palestinian rockets. If Israel were invulnerable to those rockets, it would be less deterred from bombarding Gaza.

A defensive weapon like Iron Dome, when combined with one of the world’s leading offensive military machines, is not defensive.

Iron Dome, bomb shelters, and so on seem like totally defensive measures. But it is a truism of peace research that “When combined with offensive arms, even apparently purely defensive arms can become highly offensive.” [2] That’s why the Kennedy and Reagan bomb shelter programs were so dangerous – they signaled to the Soviet Union that Washington was more willing to launch a nuclear strike. That’s why the peace movement opposed Reagan’s Star Wars program, which likewise threatened to render the Soviet retaliatory second-strike capability worthless. If a country decided to field only defensive weapons, that would be a wonderful thing. But a defensive weapon like Iron Dome, when combined with one of the world’s leading offensive military machines, is not defensive.

Pressure Israel to stop building settlements, says Ms. Berman. But giving them $1 billion in fungible money for a weapon system that will encourage further Israeli “hooliganism” is not likely to put much pressure on Israeli leaders.

The progressive legislators who wanted to remove those billion dollars from the spending bill were doing the right thing.

Stephen R. Shalom is professor emeritus of Political Science at William Paterson University and a member of Jewish Voice for Peace of Northern NJ. The views expressed are his own.