An autopsy conducted following the recent death of 78 year old Omar As’ad found “bruises on his head, redness on his wrists from being bound, and bleeding in his eyelids from being tightly blindfolded,” and concluded that the cause of death was a “sudden cessation of the heart muscle caused by psychological tension due to the external violence he was exposed to.” 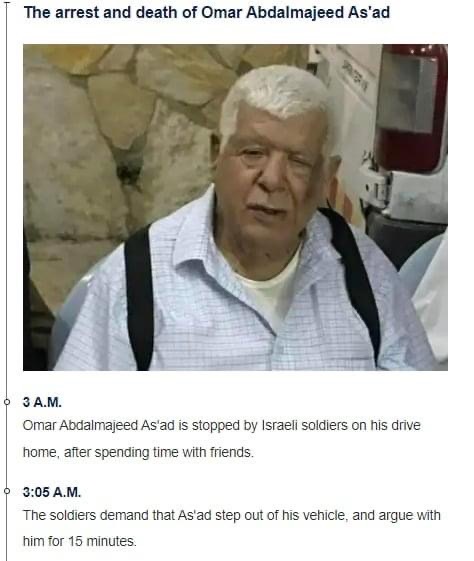 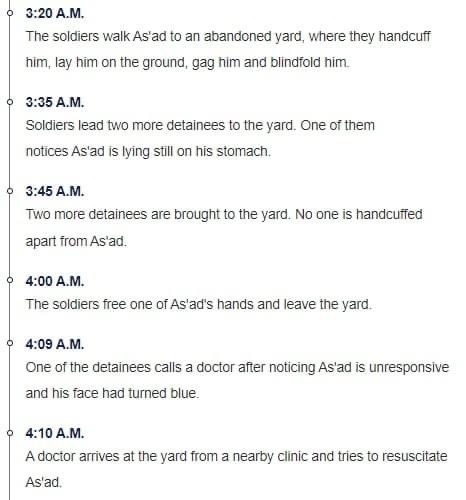 Omar As’ad was a casualty of the occupation. He didn’t have to die that night. But he did, because in the eyes of the occupation no Palestinian can be truly innocent. Everyone living under occupation is subject to the IDF’s ‘demonstration of presence’ strategy, and if that means setting up a flying checkpoint, arresting and throwing a 78 year old man into an abandoned building site in the dead of night – so be it. As’ad’s death was a natural consequence of our approach to governing the occupied territories. Tragically, it’s not a bug; it’s a feature.

More: Haaretz Articles on the Killing