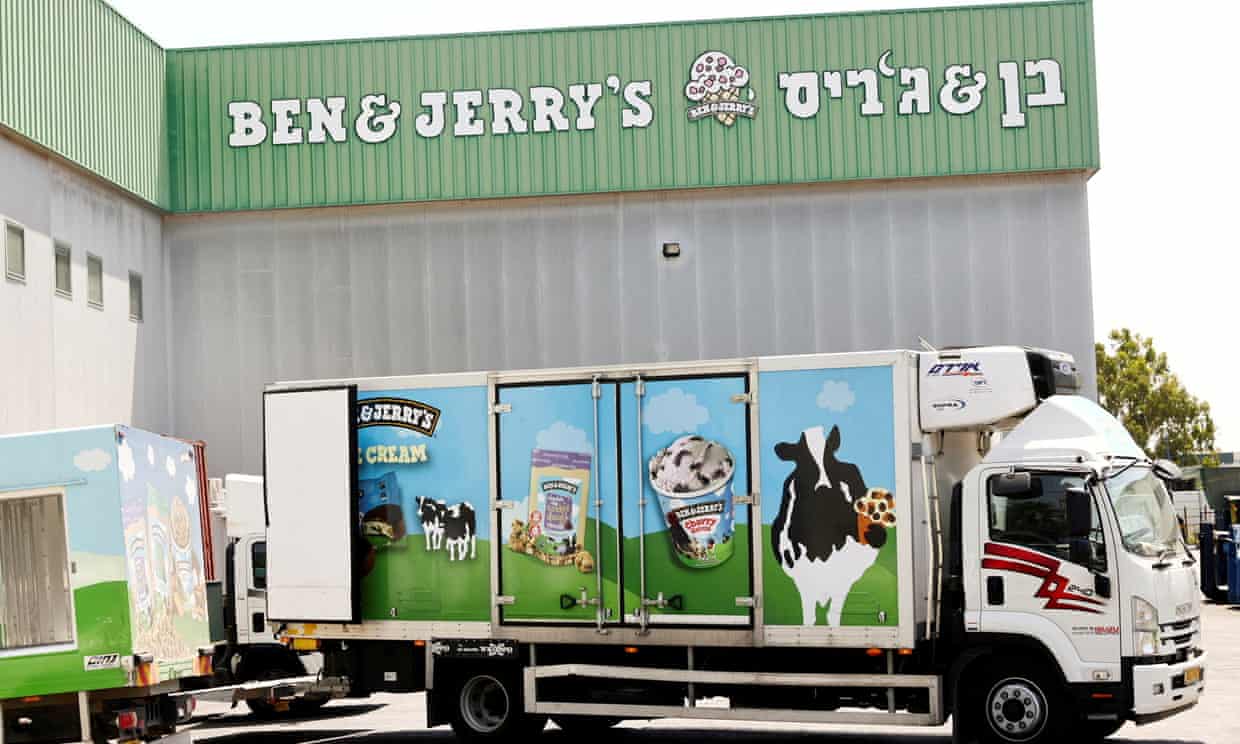 Ben & Jerry’s has sued its parent Unilever plc to block the sale of its Israeli business to a local licensee, saying it was inconsistent with its values to sell its ice-cream in the occupied West Bank.

The complaint filed in the US district court in Manhattan said the sale announced on 29 June threatened to undermine the integrity of the Ben & Jerry’s brand, which Ben & Jerry’s board retained independence to protect when Unilever acquired the company in 2000.

An injunction against transferring the business and related trademarks to Avi Zinger, who runs American Quality Products Ltd, was essential to “protect the brand and social integrity Ben & Jerry’s has spent decades building”, the complaint said.

Ben & Jerry’s said its board voted 5-2 to sue, with the two Unilever appointees dissenting.

Unilever did not immediately respond to requests for comment, but has defended Ben & Jerry’s right to advance its socially conscious mission.

Lawyers for Zinger also did not immediately respond to requests for comment. Last week, Zinger settled his own lawsuit against Ben & Jerry’s for refusing to renew his license.

The dispute highlights challenges facing consumer brands taking a stand on Israeli settlements in the occupied West Bank, which most countries consider illegal.

In April 2019, Airbnb reversed a five-month-old decision to stop listing properties in those settlements.

Last July, Ben & Jerry’s said it would end sales in the occupied West Bank and parts of East Jerusalem, and sever its three-decade relationship with Zinger.

Israel condemned the move, and some Jewish groups accused Ben & Jerry’s of antisemitism. Some investors, including at least seven US states, divested their Unilever holdings.

Ben & Jerry’s was founded in a renovated gas station in 1978 by Ben Cohen and Jerry Greenfield.

No longer involved in Ben & Jerry’s operations, they wrote in the New York Times last July that they supported Israel but opposed its “illegal occupation” of the West Bank.