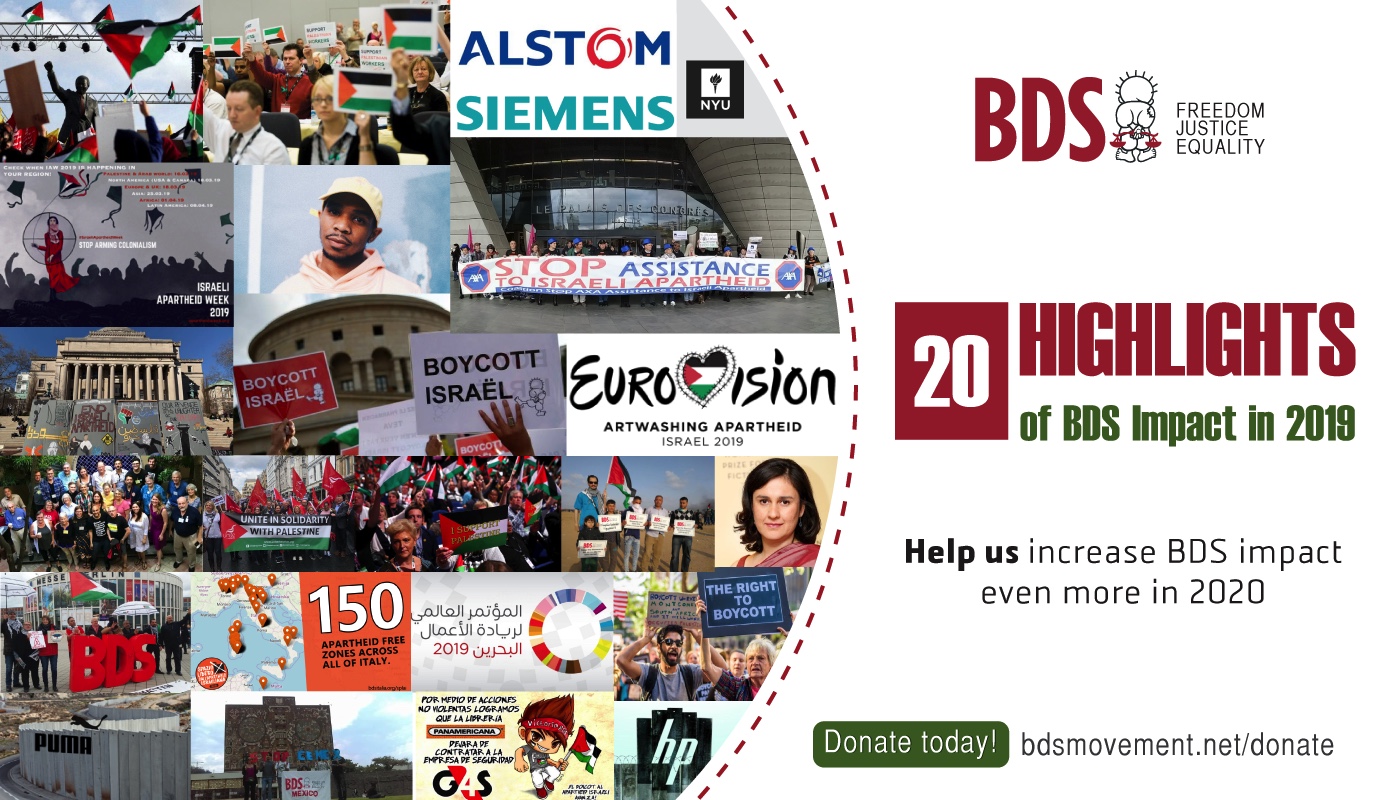 • The US Episcopal Church, with 1.7 million members, voted to divest from Caterpillar, Motorola Solutions and Israel Discount Bank over involvement in Israel’s human rights violations.

• Trade unions took the lead in growing the campaign to Boycott HP, including the Netherland’s FNV, with 1.2 million members; Unite, with 1.1 million UK members; and the Maritime Union of Australia – Sydney Branch.

• BDS supporters won four significant court victories in the US and Germany, countries where parliaments and governments have pushed hardest to repress the right to boycott.

While far-right forces made gains in Israel and other parts of the world in 2019, the growth of our anti-racist BDS movement, with support from principled allies worldwide, provides a ray of hope that another world is possible for Palestinians, just as it is for people enduring injustice worldwide.

Donate to help us win!