In keeping with the Jewish practice of tokhehah, which could be translated as “calling-in,” we are asking you to recognize and redress the damage that these responses have caused.

This letter also appeared in The Cap Times on November 29, 2022 as Memo to UW: Antisemitism and anti-Zionism are not the same thing. 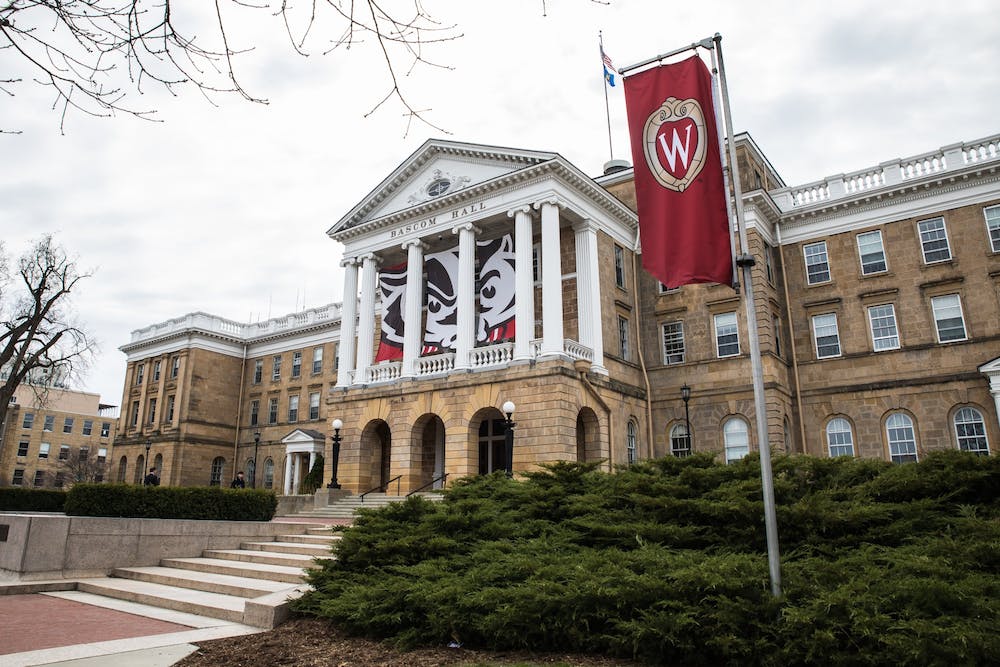 We are writing as Jewish members of the UW-Madison community in response to the recent anti-Zionist chalkings on our campus, and especially to the reactions from your offices, UW-Madison Hillel and other campus organizations, and media on and off campus.

As Jews, we care deeply, both about our own experience of “inclusion and belonging” (as Chancellor Mnookin has put it) in the UW-Madison community, and about the well-being of Palestinians on and off campus. The responses in question — including, but not limited, to the blame Chancellor Mnookin and Vice-Chancellor Reesor inappropriately placed on the UW-Madison chapter of Students for Justice in Palestine (SJP) — were harmful to both. In keeping with the Jewish practice of tokhehah, which could be translated as “calling-in,” we are asking you to recognize and redress the damage that these responses have caused.

We understand that past experiences may have inclined you to seek those responsible for this incident among UW student groups. In the recent past, Jews on campus have been upset, justifiably, when members of UW-Madison student groups — including leaders of the undergraduate student government — have not acted with respect for Jewish religious practice when it comes to campus actions on Israel and Palestine.

We agree that “education and accountability” are critical in such situations. The statements from your offices, however, provided neither. Instead, they impatiently and inaptly condemned the small and only recently reconstituted UW-Madison chapter of SJP for actions its members deny conducting — contributing to their scapegoating in the media. Those students deserved more from you.

We agree that it is antisemitic to hold all Jews accountable for the acts of the Israeli government, regardless of their connection or lack thereof to Israel. That treats Jews as a monolith and conflates Jewish identity with blanket support for Israel. But here we must ask: who in this situation truly conflated Jewishness with the political ideology of Zionism?

Two of the organizations called out in the chalkings, the UW-Madison chapters of Hillel and Chabad, are indeed Jewish organizations. The primary function of both is to support the religious life of Jewish students on campus. Simply attending the religious services at those two organizations — the only ones that offer them on campus — does not justify attacking Jewish students, and we urge those carrying out pro-Palestinian actions to respect such religious events and spaces.

At the same time, both the Hillel and Chabad chapters have identified themselves as explicitly pro-Israel. This combination of Zionist politics with Jewish religious practice has become the norm for Jews on campus and across the country. Yet many Jews do not consider support for Israel to be essential to their Jewish identity. On the contrary, for some Jewish students, the perception of being “required” to espouse pro-Israel positions as a precondition for participating in Jewish life on campus dissuades them from participating at all. In fact, Hillel has so constrained Jewish student speech and organizing on Israel and Palestine that Jewish students who felt alienated from Jewish life on campus as a result formed an “Open Hillel” movement, and in particular Open Hillel’s Judaism on Our Own Terms initiative, to try to create more space on campus for diverse Jewish viewpoints.

When organizations explicitly prohibit participation of organizations, groups, or speakers — including Jewish ones — on the basis of their political stance, they can no longer claim that they are apolitical, “big tent” Jewish organizations that define themselves primarily around Jewish identity.  To insist that their critics strictly separate the religious and the political, then, is disingenuous and hypocritical.

What’s more, three of the organizations the chalkings criticized (J Street U at Wisconsin, TAMID, and Badgers for Israel) do not self-describe as Jewish organizations. (In fact, the last of the trio explicitly describes itself as “nonreligious.”) Their primary function is to support Israel. And while criticizing such organizations for being Zionist might be controversial, it is not antisemitic. Nor is it antisemitic to claim that Zionist organizations should be held accountable for Zionism’s ills, or that racist and genocidal acts have been committed in the name of Zionism.

So we must reject UW Hillel’s charges that the chalkings were antisemitic because they were “targeting student organizations because of their connection to Israel” and thus constituted “an attack on the identity of Jewish students.” Similarly, we must reject your offices’ claims that the chalkings were antisemitic because they “attribute broad actions or beliefs to Jewish student groups.” In both cases, it was Hillel’s and the university administration’s statements, not the original chalkings, which conflated Jewish identity and practice with support for Zionism within and beyond Jewish communities.

We call on you to apologize to the campus chapter of Students for Justice in Palestine for scapegoating them for this incident without evidence that they were responsible for it.  We call on you to refrain from conflating Zionist viewpoints with Jewish identity — a move that exacerbates the exclusion of non-Zionist Jews from Jewish life on campus, and normalizes the suppression of free speech about Israel and Palestine within campus or campus-adjacent organizations, including Hillel.  We also ask you to educate yourselves about the distinction between antisemitism and anti-Zionism more generally. The Jerusalem Declaration on Antisemitism, which was signed by about 200 scholars of antisemitism and related studies from around the world, including Israel, is a good place to start.

Finally, we call on Jewish individuals and organizations on and off campus who share our perspective to express support by signing on to this letter.