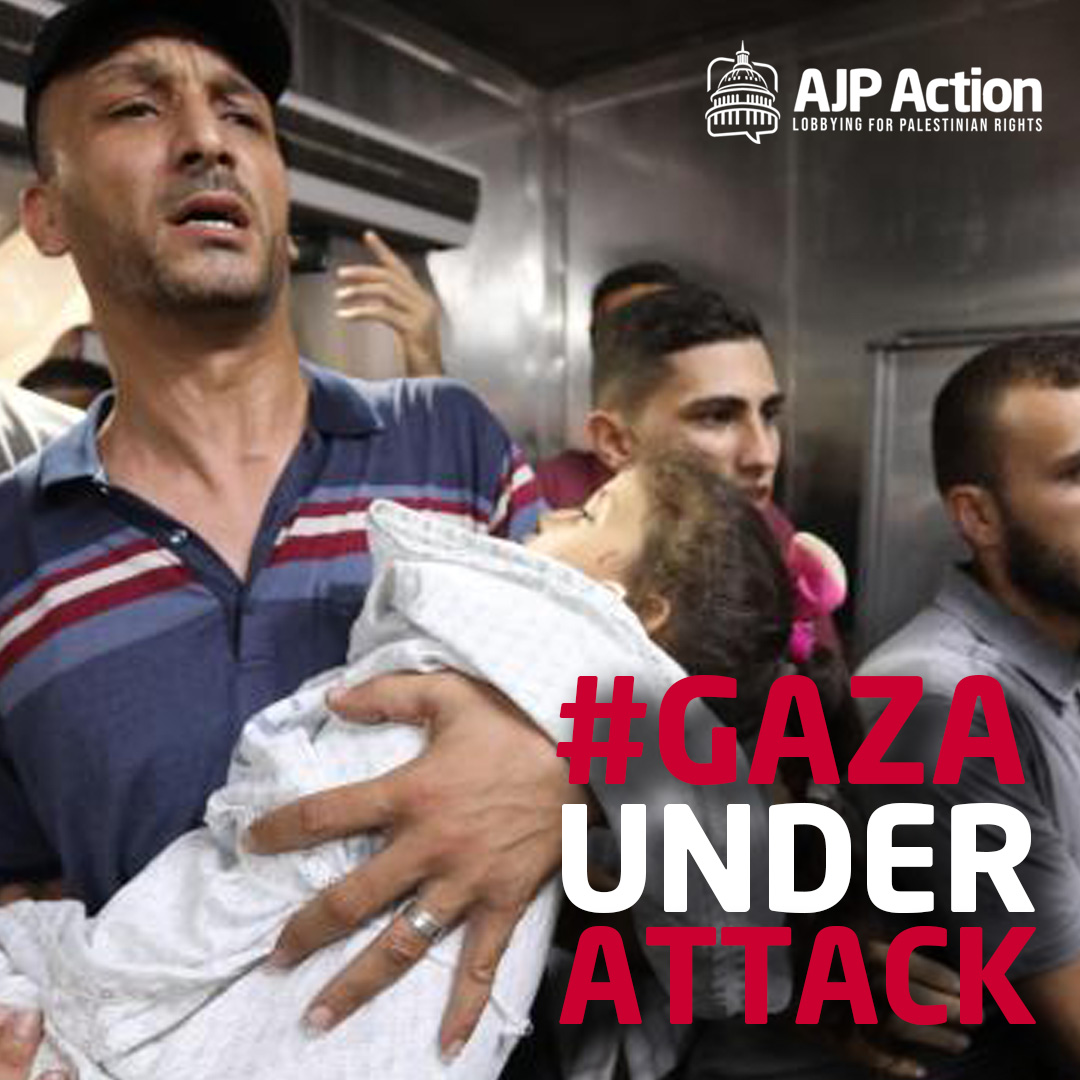 Americans for Justice in Palestine Action (AJP Action) condemns Israel’s raids on civilian areas in Gaza City today which have killed several Palestinians already, including a 5-year-old girl, and injured dozens more. Israel has a long history of committing war crimes against Palestinians in Gaza, including bombing residential areas indiscriminately, and killing thousands of Palestinian civilians since Israel imposed its illegal siege on Gaza 15+ years ago.

This latest unprovoked aggression comes on the heels of weeks of Israeli escalation in the occupied West Bank and after four days of tightening the illegal and suffocating siege on the Gaza Strip, imprisoning Gaza’s population, and preventing the entry of basic goods. It also comes on the heels of President Biden’s visit to Israel last month, in which he reaffirmed U.S. complicity in Israel’s occupation by describing the U.S. commitment to maintaining Israel’s “qualitative military edge” over its victims as “unshakable.” This commitment takes the form of nearly $4 billion in funding for the Israeli military, even as this military continues its pattern of crimes against humanity and war crimes targeting the Palestinian people. If this is not enablement of Israel’s atrocities, what is?

We call on the Biden administration to end its egregious policy of impunity for Israeli crimes and to immediately demand an end to Israel’s military assault on Gaza. We also call on the administration to pressure Israel to end its illegal siege on the Gaza Strip, which is in its 16th year and has brought misery and death to its besieged population for far too long.

Palestinians deserve to live in freedom, without worrying about whether their children will have a future or whether they will be killed by an Israeli military strike at any moment. As Americans, we cannot remain silent while these crimes are being committed with our tax money, which Israel’s apartheid government receives more of in military funding than any other country on the planet.

Change comes through action! For this reason, we invite you to participate in our Virtual Palestine Advocacy Days (VPAD2022) in September to lobby our elected officials on behalf of the oppressed Palestinian people. We must continue placing pressure on our government to do the right thing by firmly standing against Israel’s serious crimes and egregious human rights violations.