GAZA CITY, Gaza Strip (AP) — The Palestinian Health Ministry announced early Sunday that two residents who returned recently from Pakistan to the Gaza Strip tested positive for the coronavirus, the first cases to be diagnosed in the Palestinian enclave.

The development added to fears of a potential outbreak in crowded Gaza, which has an overstretched health care system after years of an Israeli-Egyptian blockade, cross-border conflicts with Israel and Palestinian political division.

Hundreds of Gazans have returned home in the past two weeks, but only 92 people have been examined, highlighting the territory’s limited tested capacity.

Gaza has been mostly cut off from the world as Israel and Egypt imposed severe movement restrictions following the 2007 takeover by the militant Hamas group. This is believed to have delayed the arrival of the virus.

Israel and Egypt in the past two years relaxed some travel restrictions on Gaza’s 2 million residents, but they closed their borders again last week as those two countries struggle to contain the coronavirus spreading on their territories. Gaza residents are still allowed to return home. 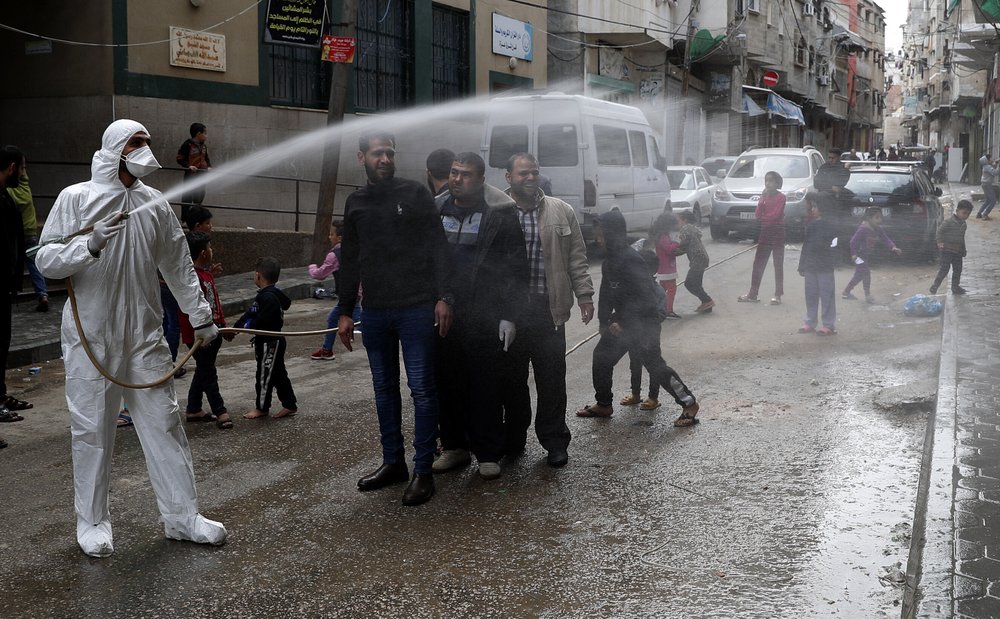 The ministry said the cases were two people who returned recently from Pakistan. It said they had been moved to isolation at a hospital in Rafah, a city in the southern Gaza Strip.

More than 1,270 people are quarantined at hospitals, hotels and schools after crossing into Gaza from Israel and Egypt, the ministry said. On Saturday, Hamas’ Interior Ministry shut down wedding halls and banned weekly street markets as precautionary measures.

No deaths from the virus have been reported in the Palestinian areas. In the West Bank, 55 cases have been diagnosed, with 17 recovering, the ministry said. Most of the cases were in the biblical city of Bethlehem.

The vast majority of infected people recover from the virus. For most, it produces only mild or moderate symptoms, such as fever and cough. But the coronavirus can cause severe illness, including pneumonia, and even death, for some, especially older adults and people with existing health problems.

A 360-square-kilometer (139-square-mile) stretch of land, the Gaza Strip is one of the world’s most densely populated areas. In 2018, the World Bank said its economy was in “free fall” and called for urgent actions by Israel and the international community to avoid collapse. Unemployment stands at 52% and poverty levels are 50%.